Lawyers drawn from all the eight branches of the Nigeria Bar Association (NBA) in Anambra State, Monday, marched in protest to the government house, Awka, blocking its entrance.

The lawyers, though few in number, but said to represent all the eight branches of NBA in the state, were led in the protest by the chairman of the Nnewi Branch of the NBA and chairman of committee of chairmen, Barr Kingsley Awuka.

Awuka said the march was to express their displeasure over Governor Willie Obiano’s silence in the face of the prolonged strike by the Judiciary Staff Union of Nigeria (JUSUN), Anambra Branch, which had crippled the judicial system in the state. 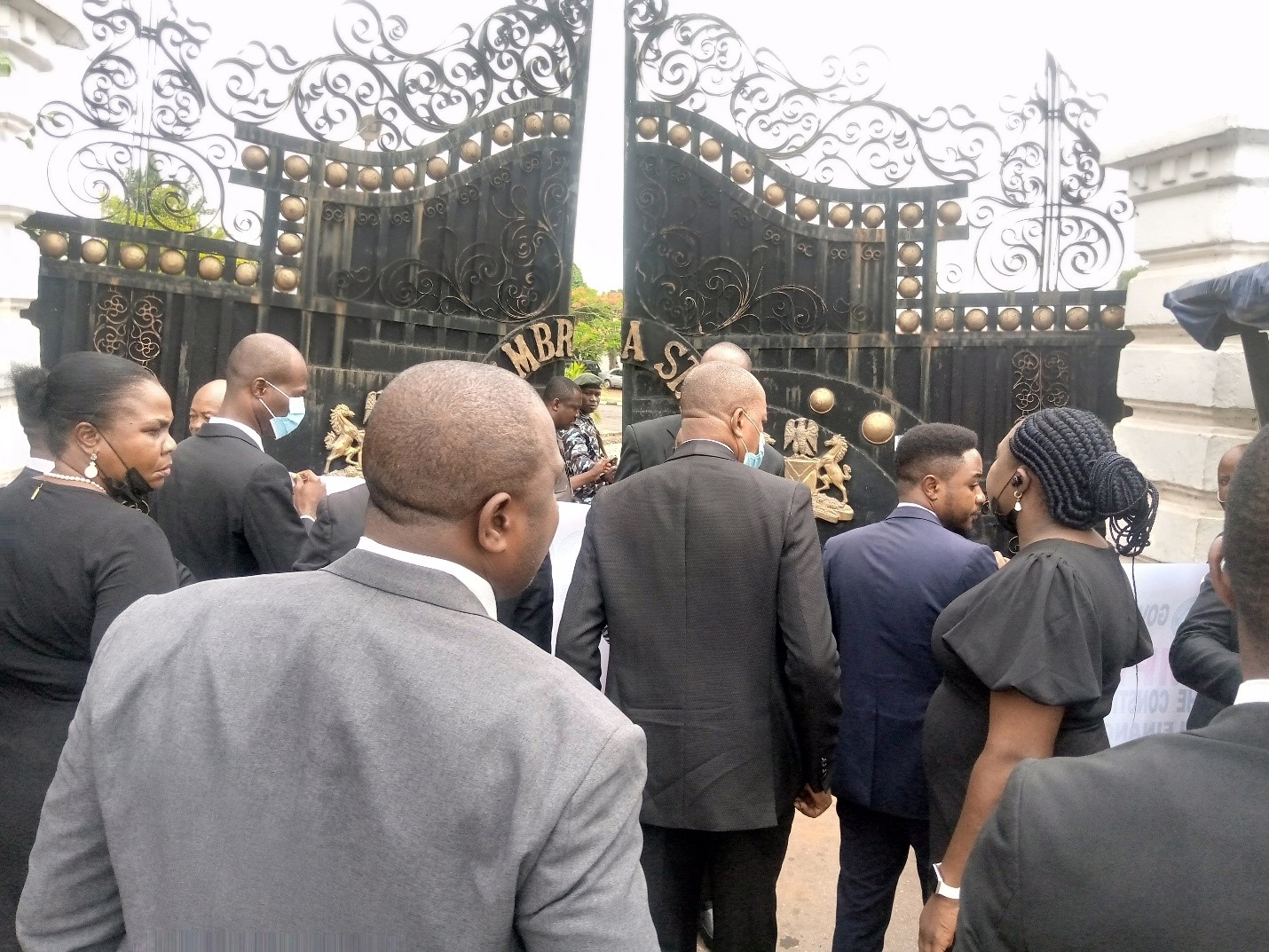 Awuka said, ‘We came here for a peaceful protest. Our aim is just to drop a letter with the governor, to let him know we are not happy about his silence on the state of the Judiciary in the state. We have been here for a long time, and no one is attending to us, that is why we are doing this.

‘Anambra State branches of NBA are here to demand financial autonomy and independence of the judiciary from Governor Willie Obiano.

‘All the eight branches are represented here, and the leaders of NBA in the state are aware of this visit. We came with a few number so that it will not seem as if we are out to embarrass the government, because we know what happened the last time all our members marched down here.

‘APGA (party in power) is a major beneficiary in the court system, but go round the state and see our courts and how dilapidated they are. Judges sit without being well dressed because the courts are poorly ventilated.

‘Obiano has the capacity to do better in the justice sector, he does not have to look at other governors because we did not look at other governors before voting him. We know that the JUSUN strike is nationwide, but since it started, all we have been hearing is Nigeria Governors Forum. We want our governor to speak for himself, and tell us the state of things here,’ Awuka said.

The protesters were latter addressed by the Secretary to the State Government (SSG), Prof Solo Chukwulobelu, who also received the letter to the governor, promising to deliver it.

He said, ‘Thank you for this civilised protest. This is a nationwide matter. We have a formula here which the state and the judiciary use to share allocation, and it is what is received that is shared and not what is budgeted.

‘What is in the budget is only a statement of intent, but what is shared is a reality, based on what we have in hand. The points you have raised are not new to government and there is intention to fix them. The wider nature of financial autonomy is a national thing, and in Anambra, I can tell you that the Judiciary is independent.

‘I will be willing to have you people in my office someday to show you what the state receives and how it is shared,’ Chukwulobelu said.