The Catholic Laity Council of Nigeria, Awka Diocese (CLCNAD), has empowered her members with cake and meat pie making skills, as well as health tips and other relevant skills at the end of her 2021 Annual Seminar/Workshop, with the theme: ”The Church and Value Reorientation: An Effort Towards the Eradication of Corruption”.

It also featured paper presentation, fund raising for the completion of the ongoing laity council secretariat; installation of new patrons, patronesses, ambassadors, dukes and mayors for the Council; as well as free medical checks and free distribution of drugs to members. The delegates who were also empowered with free confectionary skills, also enjoyed the cakes and the meat pies baked free.

In his address of welcome, the President, Catholic Laity Council of Nigeria, Awka Diocese (CLCNAD), Hon Joseph Igwebuike, noted that the seminar/workshop was designed to remind the laity of their responsibilities in the mission of evangelization and in the eradication of corruption for actualization of a better society.

The president solicited for support from all towards the completion of the ongoing laity council secretariat project within the premises of St Patrick’s Cathedral, Awka, which, he said, was at the lintel level. 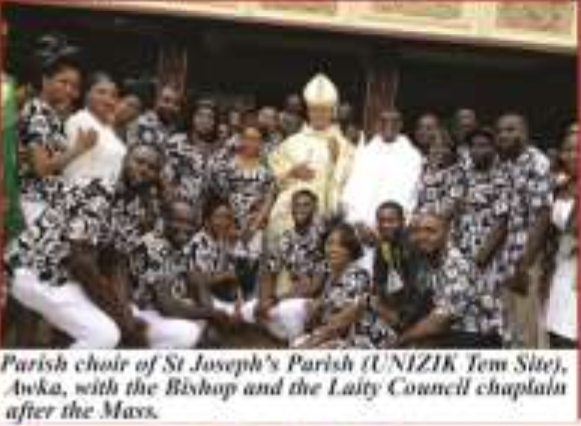 Earlier, when he led in a Concelebrated Opening Mass for the event, the Catholic Bishop of Awka Diocese, Most Rev Paulinus Ezeokafor, in his homily, described the theme of the seminar as very timely.

Bishop Ezeokafor, who was represented by the Auxiliary Bishop of the diocese, Most Rev Jonas Benson Okoye, stressed the need for corruption to be curbed in society, especially at the higher levels, in order to better society.

Pointing out that the Church valued reorientation of her members, the Bishop encouraged the laity to be models of honesty and good work in society and enjoined them to participate actively in politics, as well as to, as Christians, be good politicians who were committed to the good of humanity and society. 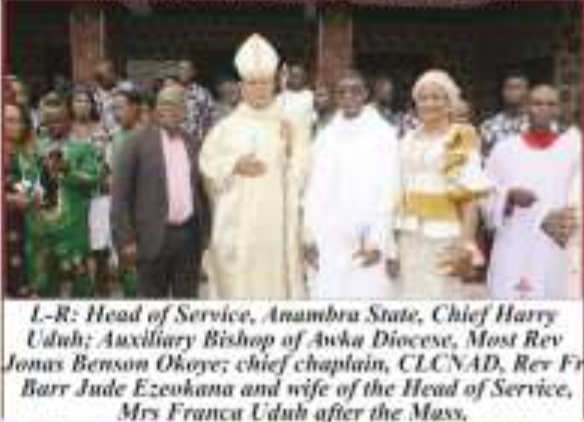 The Catholic prelate commended the laity for their contributions to the growth of the Church and congratulated the new patrons, patronesses, ambassadors, dukes and mayors, on their recognitions, urging them to live up to the demands of their added responsibilities. 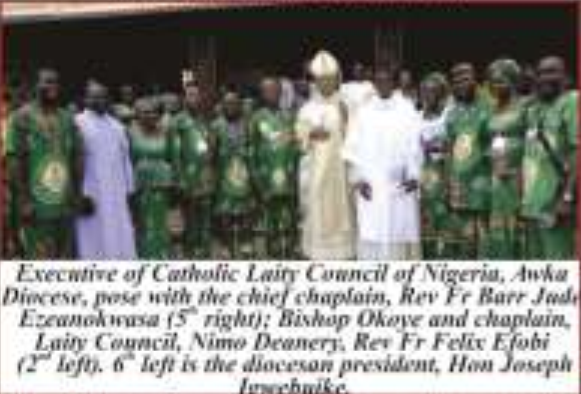 High Chief Obiora Okonkwo, who was the chairman of the occasion; the member representing Anaocha/Njikoka/Dunukofia Federal Constituency, Hon Ferdinand Dozie Nwankwo; the PDP candidate for 2021 Anambra governorship election, Mr Valentine Chineto Ozigbo; and the Accord Party candidate for the same election, Dr Godwin Maduka, were decorated as dukes.