Last Sunday, four reverend sisters were kidnapped along the Enugu-Okigwe Road on their way to a thanksgiving Mass of a fellow sister. They are Sisters Johannes Nwodo, Christabel Echemazu, Benita Agu and Liberata Mbamalu. The striking thing is that this was the same place a Methodist bishop was earlier kidnapped, an incident that has since been followed by others. Another striking thing is that most of the victims said their abductors were Fulanis.

Now, being that it is known that a military checkpoint is situated not very far from that area, one begins to wonder why kidnappings have kept happening there. The simplest thing anyone would expect is that the security agencies would have since raided the bushes around the area to flush out the criminal elements. But this has not happened except constant promises by the police to do such.

It is known that criminals often collude with some local elements to perpetrate crime. It is therefore inconceivable that Fulanis could be operating deep inside Igbo heartland without fear and regularly too, unless they were enjoying some level of protection or support from either security agents or the local population. That kidnappings have been constantly happening there suggests that the above line of thought could be true. In a corrupt ridden country like Nigeria, one cannot rule out the possibility of such collusion or complicity. 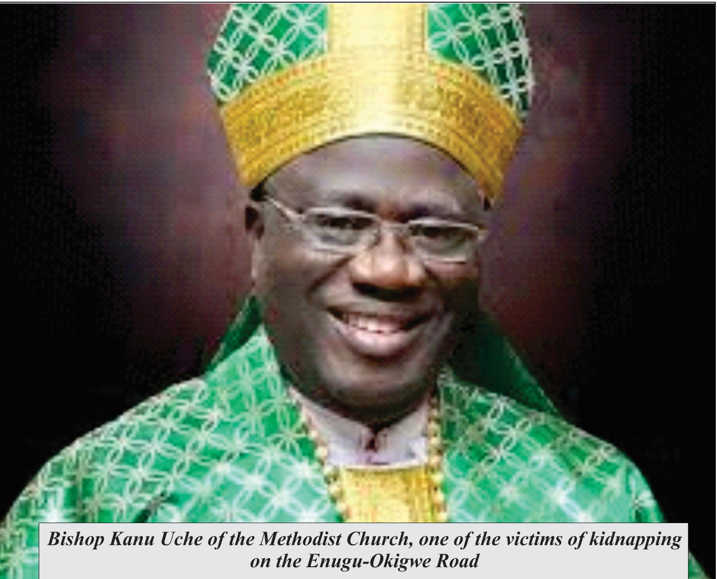 It is also strange that the Governments of Imo and Abia have not come up with any drastic measures to rub out those perpetrating terror in that axis except to pay lip service to addressing the issue. What then are the Ebubeagu recruits doing?

It is also strange that the militant arm of the Indigenous People of Biafra, IPOB, has not been deployed there by IPOB to flush out those behind the criminal activities there. Are those being kidnapped no longer the Igbo People they claim to be fighting for? Is there any special thing there that has held everybody back?

What is happening there is pretty much like what happens in the fight against insurgency at the national level where it is believed that some elements in government are backing the bandits or terrorists as the case may be. This is to say that Nigeria is hypocritical in fighting insurgency.

Whatever is the reason for the inaction of those saddled with the responsibility of providing security to the people, or those claiming to be fighting for their people; that should be very quickly addressed to safe guard travelers who use that route.

The Governments of Imo and Abia should immediately collaborate to put an end to the nightmare of travelers. Their continued impotence is embarrassing and unacceptable; unless there is something behind it we do not know.

We are in the same vein imploring communities to take their destiny in their hands by deploying local vigilantes to bushes and forests in their area to flush out all criminal elements and their collaborators as the hoodlums don’t live in the air.

Enough of all this half -hearted war against criminality.