Tricycle (keke) operators last Wednesday protested over what they termed obnoxious levies and harassment by the Anambra State Government task force, as well as killings by cultists in Anambra State. The protest came a day after the killing of two police escorts of an abducted chairman of Keke Union at the Unizik Temporary Site, Awka, as well as an unknown woman, reports Jude Atupulazi.

The keke operators under the umbrella of Awka North and South Keke Drivers Welfare Forum, drove round Aroma, through the Enugu-Awka-Onitsha Expressway, to Unizik Junction, before terminating at Alex Ekwueme Square.

The protesters displayed placards with various inscriptions like, “Say no to monthly dues quoted for security money”, “Government cannot continue to play Ostrich to our plight”, ”We are Union, not slaves to tax masters”, “Say no to cultist leadership”, ”Say no to intimidation and physical abuse to Keke operators”. 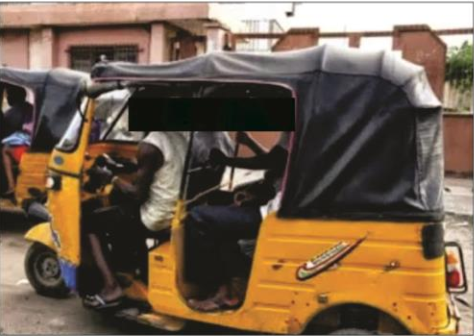 ‘The agitation is that Keke operators be allowed to organise themselves and hold election to pick their leaders. We are working to restore sanity in Awka North and South area.

‘A lot of people have been killed, many operators are extorted by cultists. If anything happens to operators, we will hold government responsible. Keke operators are no longer ready to pay obnoxious levies,’ Obi said, as he commended security operatives who provided security for the event and the newly governor-elect, Prof Chukwuma Soludo, hoping that he would not encourage the extortion by what he called the so-called Keke leadership.

One of the protesters, Emeka Uzoechi, attributed the failure to conduct election to replace the existing leadership as the reason behind the crisis in the union.

He said, ‘I’m a HND holder from Kaduna State Polytechnic, Zaria. I ventured into this business so as to be financially independent.

‘We want the state government to compel the leadership to conduct a fresh election so we can assume leadership and be in charge of our affairs.

‘When the election is democratically conducted, those extorting us will be removed from office.’

Reacting on behalf of the state government, the Permanent Secretary, Ministry of Transport, Emma Udeh-Akpeh, advised any member forced to pay levy in respect of end of year party/get together to immediately report to the ministry.

Akpe, in a statement said, ‘The attention of the ministry has been drawn to increasing cases of alleged attempts by some persons claiming to be officials of Tricycle (Keke) Union in the state to compel tricycle riders to pay certain levy for End of Year party/get together.’

The ministry however said that members of recognized/registered transport unions who elected not to participate in such must never be compelled to participate or pay any levy to that effect by anyone, whether union official or not.