Critical periods in the lives of a people tend to create heroes and villains. There’s no doubt that Nigeria is undergoing a critical period in her history; perhaps the most critical since the end of the Civil War. The country’s current security challenge is one that is threatening to destroy the unity of Nigeria.

From the deadly activities of Boko Haram to the murderous menace of Fulani herdsmen, the country is currently on life support. It has not been helped by the seeming biased attitude of the Federal Government and the docility of most state governments. 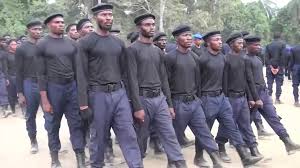 It is on record that Nigerians have since lost faith in the ability of the President Muhammadu Buhari-led Federal Government to protect them from the double menace of Boko Haram and Fulani herdsmen. To say that the Federal Government has been treating the security of the life and property of Nigerians with levity is to state the obvious.

This is why Nigerians are slaughtered almost on a daily basis across the country, with the Federal Government doing virtually nothing. Indeed, rather than decisively deal with these killers, the FG is instead engaging them in a strange dialogue, giving them millions of Naira with which these elements invariably strengthen themselves and come back stronger.

Worse still, the FG has refused to see the Fulani herdsmen as the terrorists they are, even after they had been described as the fourth most dangerous terrorist organization in the world by the United Nations. Rather, the same FG had gone on to declare the Indigenous People of Biafra, IPOB, as a terrorist organization.

It is believed that if the FG had deployed its arsenal to go after the real terror groups as it is going after IPOB, the Fulani herdsmen, especially, would have been contained. But the herdsmen have been left to roam freely and to continue its bloodletting.

Seeing that their safety is no more guaranteed in the hands of the FG, notable Nigerians had been calling on their people to fashion out their own security arrangement. It was such calls that led to the formation of Amotekun, a security network of the governments of the Western states of the country.

This security outfit has since commenced operations in the West. But while the governors of the West have taken their destiny in their own hands, their Southeast counterparts are still dilly dallying, while the net closes in on them.

Seeing the unseriousness of his leaders, Nnamdi Kanu, the leader of IPOB, eventually set up his own security apparatus known as Eastern Security Network (ESN); a group that has become a big hit with most Easterners.

This group is surely a child of circumstance that came into being because of the failure of the Southeast Governors to rise to the security challenge of the moment.

Why the Governors of the Southeast have elected to remain docile in the face of imminent catastrophe is baffling. Is it because of party differences or because of individual political ambitions? Is it because of the fear of entering the bad books of the FG? Or is their silence influenced by the need to have a safe landing after their tenures? We may never know; at least for now.

But whatever the reasons for their docility, they should be reminded that they have failed those they lead. Perhaps this explains their reluctance to attack Kanu over the formation of the ESN, knowing that he had done what they could not do.

The danger posed by the herdsmen is real. Indeed, the noose is tightening gradually. Some of the kidnapping activities in the Southeast Zone have been linked to the Fulanis, with Anambra not left out. The recent kidnappings at the Enugwu Agidi axis are enough indication that the enemy is ominously close.

In view of this, the Southeast Governors should consider strengthening security in their zone through collaborative efforts. They may also consider factoring in Kanu’s ESN which is already on ground. There is little time left and sitting on the fence is no more acceptable.

If nothing is done and the present nonchalance of our governors continue, more security outfits like the ESN may spring up. We all know that once such outfits begin to multiply, reining them in becomes a tall order, especially when and if they grow out of control.