Alex Iwobi scored one of the goals as Everton secured a 2-1 win on Tuesday night over Huddersfield to progress to the next phase of the Carabao Cup.

Iwobi had endured an eight-month goal drought before finally finding the back of the net at the John Smith Stadium in Tuesday’s Cup tie.

The goal for Iwobi came in the 26th minute, though Tom Lees restored parity for Huddersfield shortly before half time, Andros Townsend’s 80th minute strike sealed victory for the Toffees. 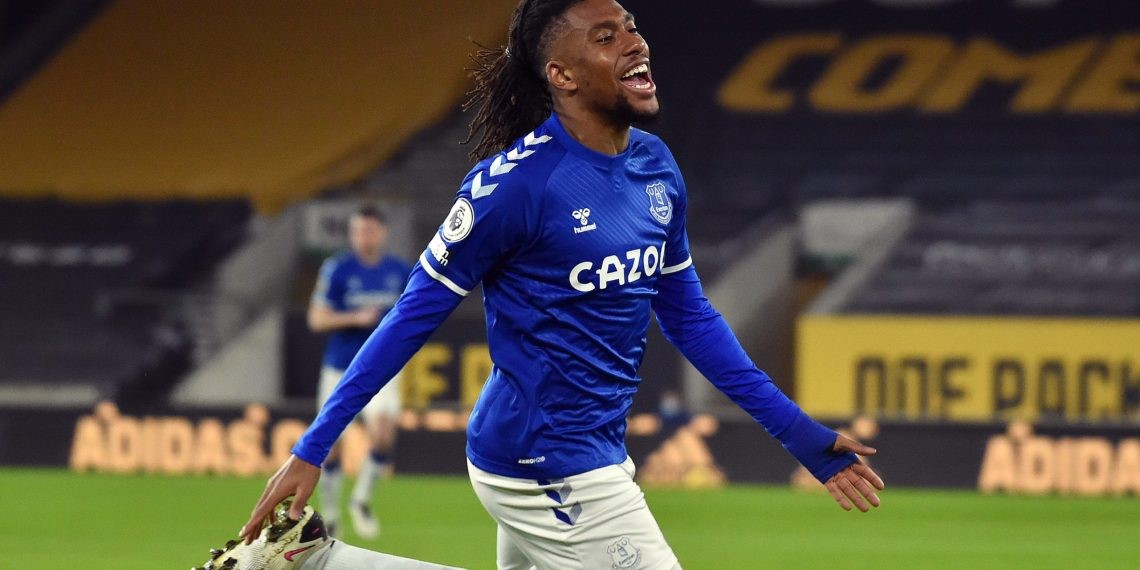 Iwobi was also heavily involved in the winning goal as he teed up Andre Gomes in the box, who then crossed to Townsend to score the winner.

Before the goal against Huddersfield, Iwobi last scored a goal for Everton on January 12 in their 2-1 Premier League win over Wolverhampton Wanderers.

The Nigerian star, who was playing his third game under Rafa Benitez, will be keen not to have another long wait before adding to his goal tally.

In some of the other League Cup games involving Nigerian players, Frank Onyeka came on for MardsBidstrup as Brentford came from a goal down to beat Forest Green Rovers 3-1.

Ashley Fletcher grabbed the match-winner four minutes from time for the Hornets.

Another Nigerian forward, Emmanuel Dennis, came on for Josh King at halftime in the encounter but unlike in the EPL, where he scored an assist on his debut, the forward fired blanks in his debut in the League Cup.