As Nigeria joined her counterparts throughout the world to celebrate the 2022 Annual International Women’s Day (IWD), the Senator representing Anambra Central Senatorial District in the National Assembly, Senator Uche Ekwunife, has urged Nigerian women to remain resilient in the face of challenges.

Senator Ekwunife, who made the call in her Goodwill Message to mark the 2022 IWD last Tuesday, March 8, enjoined the women not to be demoralized with the inability of the Nigerian Government to establish a more gender-friendly society. She however assured that the National Assembly would not relent in its commitment to include gender-inclusiveness in the laws of the country. 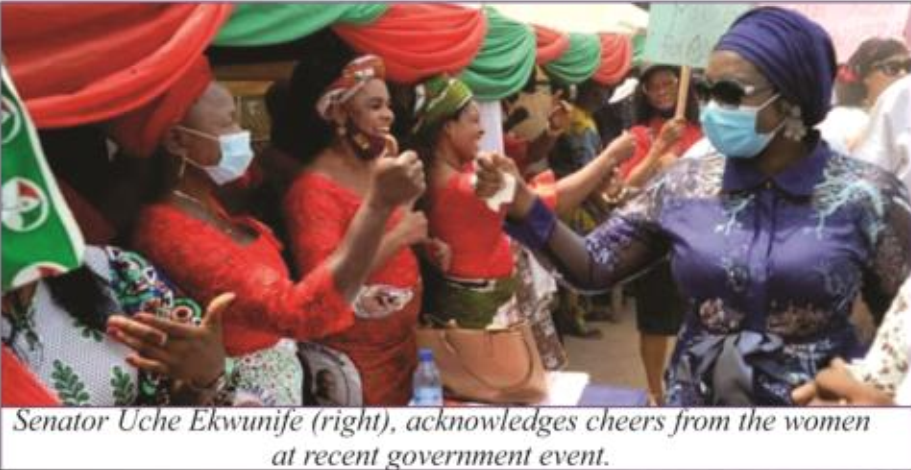 The senator kicked against the mindset that women should sit back and serve as mere home managers, saying that such was no longer feasible in the modern age. She said the nation currently needed women who would be able to offer resourceful leadership and take up various leadership positions while taking care of their homes, rather than just being mere home managers.

‘This is an era to encourage women to be working housewives in order to financially support their families and equally contribute greatly to society.

In line with this 2022 theme of the International Women’s Day: “Gender Equality Today for a Sustainable Tomorrow”, I encourage women to take their destinies in their own hands by supporting each other and competing for opportunities,’ Senator Ekwunife said.

She continued, ‘Nothing good comes easy. Women must realise that men will not hand them positions of leadership on a silver platter. They must show interest and be ready to compete. Experience has taught me that women who wish to succeed in life must put in a great deal of effort so as to pull through.

I celebrate the women of Anambra State and Nigeria in general for their efforts and contributions to home, nation and societal building. I urge my fellow women to use the resourceful abilities which nature has endowed them with to contribute meaningfully to the development of society.’

Senator Ekwunife called on the government at all levels to promote policies that would encourage more women participation in government.  According to her, active involvement of women in all sectors of the nation’s economy would be beneficial to society, because women possessed natural managerial abilities.