The All Progressives Grand Alliance, APGA, has become a tree that is no more producing vine and therefore must be uprooted. These were the words of a frontline People’s Democratic Party, PDP, aspirant for the November 6 governorship election in Anambra State, High Chief Obiora Okonkwo, during an interaction with the media in Ogidi, last Monday, reports Jude Atupulazi.

Okonkwo, the CEO of United Nigeria Airlines, while referring to the sermon in the church on Fathers’ Day about the need to cut down the vine tree that was no more bearing fruit, said the ruling APGA in Anambra State had outlived its usefulness and needed to be uprooted for a party with better ideas to come on board.

He said he possessed what was needed to turn the state around, using the platform of the PDP, pointing out that his party knew they genuinely had a good chance with him as the candidate of the party. 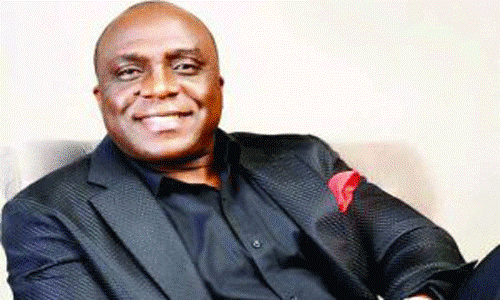 His words, ‘The PDP believe in what we are doing; they believe in us and they are trusting in us to deliver PDP and rescue Anambra people from this vine tree that is no more producing useful fruit. You know that the sermon in the church yesterday (Fathers’ Day) was about the vine tree and it was said even in the Bible that any tree that does not yield fruit should be cut down. Politically, APGA has become that tree that is no longer yielding fruit, so we have to uproot it, that is our mission and for the interest of Ndi Anambra.’

On zoning, Okonkwo, whose party toes a different path from the ruling APGA which has zoned it to the South, accused those he termed interested parties, of plotting to derail the chances of the party by using the zoning excuse.

He said PDP had never zoned and had always said they would not zone this time, but some interested parties, internally and externally, in PDP, had always tried to bring up zoning issues as their own way of destabilizing the party and make it easy for themselves by excluding strong candidates.

‘We have said that over and over again. You look at it, Mbadinuju was the first candidate of PDP in 1999. His emergence was not out of zoning, it was out of pure politics which favoured him. When it was time to run for second term, though he did not run for PDP, he ran in AD. Ngige now became the candidate of PDP in 2003 by sheer benevolence of political godfatherism, from South.

‘In 2007, nobody contested with Andy Uba. He did not run because he was from South, he ran because he had power and could install himself. He eventually ran alone and became the flag bearer of the party; that’s already second time from South. He was the third person from South back to back. If there was an arrangement of zoning in PDP, after Andy Uba, there wouldn’t have been Soludo who was from South. Back to back in 2010, it was Soludo from South. Soludo did not get the ticket because he was from the South; he got the ticket because he fought with the rest of the 50 aspirants in PDP and won after two failed attempts.

Okonkwo further recalled that in 2013, Tony Nwoye ran and that before then, there were two factions of PDP led by Chris Uba and Nicholas Ukachukwu. He said Uba worked with his brother, Andy, as the candidate of his faction, while Ukachukwu led the other faction and was entirely in control.

‘So it was two factions of PDP: Nicholas Ukachukwu vs Andy Uba. Tony Nwoye came into the Nicholas Ukachukwu faction of PDP as an intruder but with the financial muscle he got from Arthur Eze, and probably with his tactics and political ingenuity, he was able to create an upset in the other faction and emerged as the candidate of PDP. It did not stop there. Nicholas Ukachukwu and Andy Uba still took him to court. It was only the Supreme Court that declared Nwoye winner of that election.

‘So it was not even from the ballot box of the primaries that Tony Nwoye emerged because he was from the central, or from North. It was from a lot of work and efforts. Then, who took him to court? South. So if it was by zoning, there would have been no Nicholas Ukachukwu or Andy Uba in the ballot paper; so there was no zoning,’ Okonkwo argued.

He insisted that he was not running on the basis of zoning but because he had thought about it, prayed about it and felt good about his feelings and his consultations and decided to run because he was qualified.

He said he had a programme that would make Anambra a model state with a team that could make the needed difference in Anambra.

Okonkwo said he was the joker needed by PDP to win the election after being out of power for sixteen years.