It Begins with You

What literally makes an ocean is a continuous drop of water. What leads to bush burning is some sparks of fire. When a Bush is set ablaze, it takes not just one person to put it off but the geared effort of determined and perhaps skilled individuals to put the fire off.

No bush burns without destroying something. Be it an animal, insect or even human life and properties.  Regardless of it been destructive to some aspect of human life, we still find ourselves consciously putting up fire that we can’t control.

Many at times we scream and hunger for change, yet we intentionally live satisfied in the midst of same environment we clamour for change. Little wonder, it seemingly happens like we are no way close to having our lives change for the better. 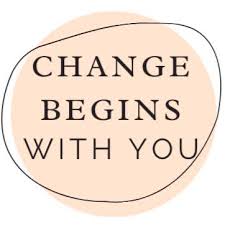 How did it get to it get to the local government then? It first was a community problem which was a family problem of which negligence and carelessness took over.

Few months ago, a young promising young man bade an ugly world goodbye while crying for help. I washed in total disappointment and shame as he gave his last breath. The said young man, was in a vehicle with his friend who happened to be his boss. Unfortunately they were ambushed, beaten black and blue and shot at.

Their vehicle was set ablaze by the assassins who left them better dead than alive. The young man  crawled on the floor pleading for help as he bled close to his grave. His boss already died instantly.  Death, certainly will come for everyone, nevertheless we shouldn’t stop saving one another from the cruelsome hands of death. As the young man cried for death, passers-by stood still and pathetically made video of him as he died.

Was the capturing the help the young man called for?  The young man kept crawling in the pool of his blood calling for help to the people he would have thought are his brothers. Whatever lead to the ambush is what maybe no-one can tell. But what lead to the death of this young man is what we can tell.

Yeah, you may want to think that it was rather useless to take the young man to the hospital, given that he died some minutes after he was shot. You may also want to give a mental excuse to the passers-by who may be afraid to help this young man owing that they may be implicated afterwards. But don’t forget to think that a help rendered even if its one of us could have spared his life.

Many a times, we sit in our different homes blaming the government for bad leadership. Whereas, on our own we are no better than them. You wouldn’t ask your students to grace your bed before you award him or her her deserving grade, you wouldn’t ask an employee who is earnestly and desperately seeking for job to pay his or her way up before giving her job, and you think you are better than another person who makes laws that are no good to any of her citizens?  You do not think that intentionally absenting yourself from work is a crime as one who even comes to work and yet blatantly refuses to perform his duties.

The more we look for who to blame for the mess we’re in, the more we build  calamity and live in it. This nonchalant and unconcerned attitude of us towards our society and its growth is slowly and dangerously hampering on all of us especially our young ones.

Again, it is no surprise that we have refused to leave the sit of leadership for our young people in this part of the world. Of course we cannot trust to even dream of trusting them, wherebit we have left nothing but a dirty landmark for them.

Towards our personal growth, our style of living. It all begins with us, individually. When we intentionally decides to live better, we influence another, that way change begins. In our little places of duties, let’s take it upon ourselves to perform our obligations. We want a great family? Learn to live good and decide to let it transcend to your children.

No person changes a nation, but together if we decide to change, then we can change a nation. It begins with you and me. This week choose to live right. Choose to help and show kindness to another. Choose to be at your duty post on time and perform your duties. Choose not to receive any bribe for whatever offer you give to another in your position. Choose to be good and live good.