Nigerian striker, Isaac Success, is set to undergo medicals at Italian side Udinese to compete his transfer from Watford after spending five years.

Success, a former Nigerian international at the Under-17 and Under-20 level, leaves English side Watford after his five-year ran out this summer. 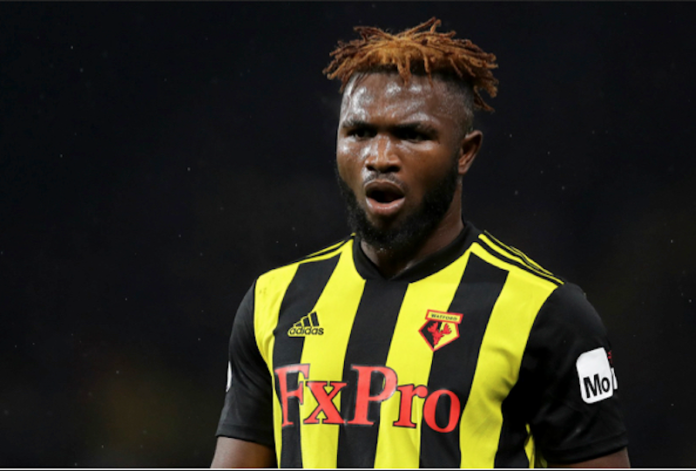 The 25-year-old joined the Hornets from Spanish side Granada in 2016, netting his first goal against AFC Bournemouth in 2017.

He was on loan to Malaga FC before returning to Watford in 2018/2019, scoring four goals in 13 appearances for the Hornets.

The White and Blacks are hoping to bolster their attacking options ahead of the new Serie A campaign, which starts this weekend.

Udinese signed the forgotten Super Eagles player on a loan deal. The Serie A club are short in the attacking areas, having lost talisman Rodrigo De Paul to Atletico Madrid.

And with the Italian top-flight set to kick off this season, The Whites and Blacks are hoping to strengthen their attack by bringing in Success.

Both clubs are owned by the Pozzo family.

The 25-year-old has struggled for game time at Watford in the last two years. He played just over 300 minutes of football in the Skybet Championship last season, while he did not feature in the Premier League opener against Aston Villa last weekend.

However, the move to Italy could reignite his career.

Success is a full Nigerian international with four caps, but he hasn’t played for the country since 2018.