The Nigerian Democracy Day is a national holiday in Nigeria held annually on June 12. It is a day that commemorates the restoration of democracy in Nigeria. It was originally held every May 29.

He also gave a posthumous award to the late Chief Moshood Kashimawo Abiola as the Grand Commander of the Federal Republic.

This followed agitations, especially from the west, for the day to be named the actual Democracy Day, being that it was the date that what appeared the nation’s freest and fairest election was truncated, thus denying Abiola the chance to be the president.

They believed that June 12 was more special as Democracy for Nigeria than May 29, or even October 1. 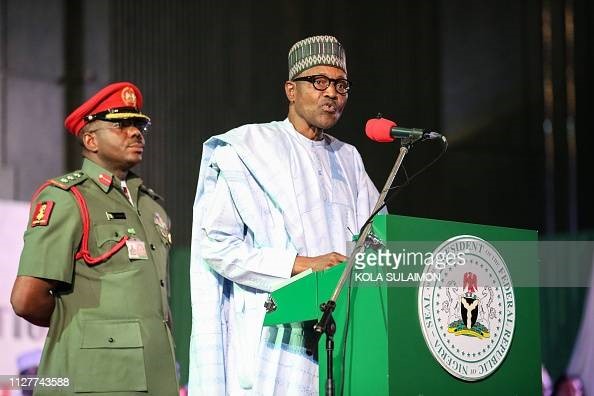 Democracy Day is therefore marked as the day millions of Nigerians expressed their democratic will in the general election that had the late MKO Abiola running for presidency under the aegis of the Social Democratic Party (SDP) against Bashir Tofa of the National Republican Convention (NRC).

As stated earlier, it was believed to be the freest and fairest election ever recorded in the country which was won by a landslide by the late Abiola, with even foreign observers attesting to that.

But then military President, Ibrahim Babangida, annulled it and cited what he described as some irregularities.

The commemoration and investiture took place on Tuesday June 12, 2018, replacing May 29 as a national public holiday in celebration of Nigeria’s Democracy Day.

The end of military rule brought about the return of civil liberties, free press and arbitrary arrests and torture in the country, as it should. It brought about a new era of regular elections.

Today, however, in spite of the turbulent democratic journey so far, one wonders if all the trouble and sacrifices have been worth it as the country cannot guarantee freedom for her citizens presently.

There are mass killings going on in the country and kidnapping has become the order of the day. Lately, the security structure in the South East has been targeted and destroyed by so called unknown gunmen, while freedom of speech by the press or even individuals is no longer guaranteed. Just recently the presidency banned Twitter from operating in the country, while media houses have been threatened with censorship.

The economy of the country has taken a devastating blow and plunging downhill. The average Nigerian hardly affords three square meals, and yet, the presidency keeps a stoic silence.

Not even the ongoing genocide in Ebonyi and Kaduna States has been enough to make the president of the country take the simplest action of condoling with the families.

It leaves Nigerians with the question, is democracy really sustainable in Nigeria? It is a question few can readily answer.