IS BIGAMY A KNOWN LAW IN NIGERIA?

Marriage is a social and legal relationship. There are legal regulations to maintain the sanctity of marriage and to prevent actions deemed offensive to public morals. Every legal system, therefore, presents a conception of marriage, which states what validly constitute a marriage, stipulates actions that are wrong, and provides ground for its dissolution. This article focuses on bigamy and the legal implications of bigamy.

Bigamy is the offence of marrying someone while already married to another person. Bigamy is a subset of polygamy. Bigamy can either be polygyny (where a man marries more than one woman) or polyandry (where a woman marries more than one man). In whatever form it occurs, bigamy is the direct opposite of monogamy, which is marriage to one person. The Black’s Law Dictionary defined bigamy as ‘the act of marrying one person while still legally married to another’.

Bigamy is an offence under both the Criminal Code Act CAP C38 Laws of the Federation 2010 and the Marriage Act and it is therefore punishable under either of the body of laws. For instance the offence under Section 370 of the Criminal Code provides that “Any person having a husband or wife living marries in any case in which such marriage is void by reason of its taking place during the life of such h 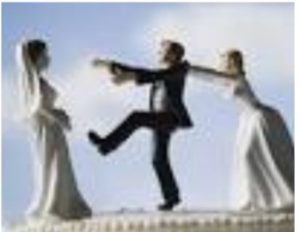 Any marriage under the Marriage Act is monogamous, as provided by the Act, and proceeding to get married to any person other than the recognized spouse shall render the married person liable for bigamy.

This is based on the locus classicus case of Hyde v. Hyde where Lord Penzance gave the most widely accepted definition of Marriage under English Law as ‘the union of one man and one woman, voluntarily entered into for life, to the exclusion of all others’.

In the case of R v. Princewill, one Bartholomew Princewill got married to a woman in 1950 at a church. At that time, he was a Christian. He converted to Islam and celebrated another wedding with one Fatima in July 1960.

The court (per Reed J.), while examining the case stipulated the requirement of a previously existing, yet-to-be-terminated marriage stated that ‘there must be two ‘marriages’ to create the offense and the first question is whether both marriages must be monogamous’. He further stated thus:

‘There must be a husband and wife living and one of them must ‘marry’ so that this second ‘marriage’ is ‘void by reason of its taking place during the life of such husband and wife. ‘

Anyone who contravenes the law prohibiting bigamy is liable to be punished accordingly. Case law, however, reveals that rather than the 7 years imprisonment stipulated in Section 370 of the Criminal Code some courts give lesser punishment for same.

One of the simplest and most direct ways to prove bigamy is to produce the individual’s original marriage certificate or any other legal documentation showing that they are married. 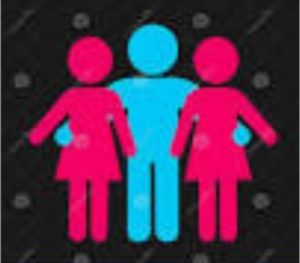 Although it appears to be a dead letter, the offence of bigamy is still in our statute book and it is the law that not only must the legal marriage and the unlawful marriage be strictly proved, the burden of proof of the offence alleged in the civil proceedings relating to bigamy must be discharged in a manner no less than is required to convict in criminal trials.

However Section 33 (1), of the Marriage Act CAP M7 Laws of the Federation 2010 now amended provides that “ No marriage in Nigeria shall be valid where either of the parties thereto at the celebration of such marriage is married under customary law to any person other than the person with whom such marriage is had.”

Section 35 provides that” any person who is married under the Act or whose marriage is declared by this Act to be valid shall be incapable during the continuance of such marriage of contracting a valid marriage under customary law; but, save as aforesaid, nothing in this Act shall affect the validity of any marriage contracted under or in accordance with any customary law or in any manner apply to marriages so contracted.

Section 39 “Whoever being in marriage goes through the ceremony of marriage under this act with a person whom he or she knows to be married to another person shall be liable to imprisonment for five years.”

Section 47 “ Whoever having contracted marriage under this Act or any modification or reenactment thereof, or under any enactment repealed by this ac, during the continuance of such marriage contracts a marriage in accordance with customary law, shall be liable to imprisonment for five years.

Under Nigerian law, a marriage can only be ended in 2 ways – by the death of one of the partners, or by an order of the court. The divorce process is the process to follow in order to get a court order to dissolve a marriage.

In accordance with the provisions of the Matrimonial Causes Act, a person who has been divorced in Nigeria can only remarry 90 days after the decree nisi has been issued. It implies that a divorced person is only entitled to marry after the decree nisi has become absolute otherwise the person will be deemed to have committed the offence of bigamy.