There are conflicting signals over the conduct of the governorship election in Anambra State, amid apprehensions trailing the security situation in the entire Southeast Zone.

While the Independent National Electoral Commission, INEC, has expressed deep concerns over the situation in the Southeast; especially regarding threats to disrupt the election in Anambra, the Indigenous People of Biafra, IPOB, seems divided on the conduct or otherwise of elections in the zone, particularly in Anambra State, reports Jude Atupulazi.

INEC also feared that there could be constitutional crisis if it was unable to conduct general elections in the region, expressing fears that any election organised now would be under chaotic conditions.

The Chief Press Secretary to the commission’s chairman, Mr Rotimi Oyekanmi, disclosed this in an interview with the media in Awka, Friday, September 24. 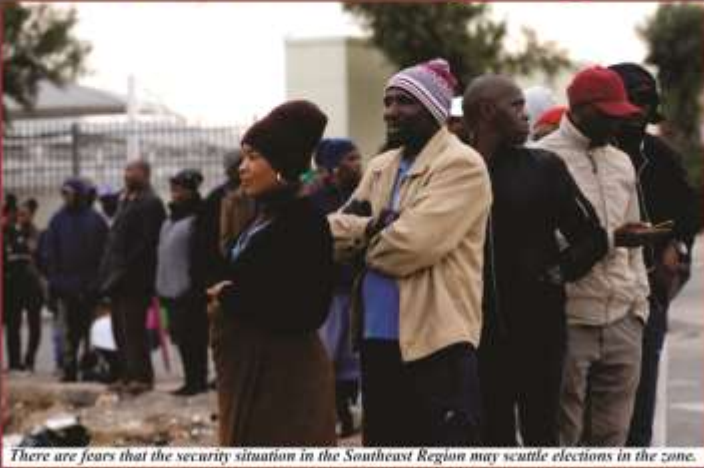 INEC’s apprehensions are driven by reported threats by IPOB that no election would hold in the entire Old Eastern Region till a date for a referendum for Biafra’s Independence was set.

Simon Ekpa, a leader of what seems a splinter group within IPOB, as well as a self-acclaimed disciple of Nnamdi Kanu, IPOB leader, had earlier reiterated Kanu’s position that the governorship election in Anambra State slated for November 6, 2021, would not hold.

Ekpa, in a tweet on his Twitter page, said a no-election order would be activated by members of IPOB.

Oyekanmi, however, said INEC had been engaging with security agencies on the platform of the Inter-Agency Consultative Committee on Election Security.

He said the commission and the security agencies had been discussing and comparing notes on the security situation across the country generally.

As regards the South-East, particularly Anambra State, he expressed the hope that through collaboration, the security situation in the region would be brought under control.

His words, ‘The commission is deeply concerned about the security situation in the Southeast. It is an established fact that INEC cannot carry out electoral activities under chaotic conditions.

‘With regard to the Anambra governorship election scheduled for November 6, we are aware of the various efforts by the security agencies on the one hand, and all men and women of goodwill in the region, on the other, to calm things down.’

But another source from IPOB has poured cold water over the fears of the group scuttling the election in Anambra or anywhere in the Southeast.

The Media and Publicity Secretary of the secessionist group, Emma Powerful, made this known in a statement he made available to newsmen in Awka, Anambra State, Monday.

He said for now the group was preoccupied with the restoration of a Biafra Republic,  describing such fears as mere speculation and unfounded.

It said, ‘It is important to note that contrary to speculations, IPOB has not officially declared no election in Anambra State. Our preoccupation is Biafra’s restoration. Anybody equating IPOB’s strategy with Boko Haram terrorists, bandits and Fulani herdsmen, is ignorant and mischievous.’

It added that contrary to the ‘vomit by some inconsequential fellows, IPOB has no plans to attack South Easterners and South Southerners’, noting that violence was not part of IPOB’s philosophy.

‘Assuming we want to resort to violence, how can we attack our people whom we are fighting for?

‘It does not make any sense. But we know their motive for peddling this falsehood as our intelligence reports confirm the importation and stock piling of arms from Pakistan for their planned invasion of Biafra Land. But we are waiting for them.

‘We are so astonished that a terrorist like Shekau without surname will be the one telling Biafran people to hate their own while he and his kinsmen openly protect their own terrorists and bandits; maiming and killing them in the entire Northern Region,’ Powerful stated in the release.

However recent events in the zone indicate that the ranks of IPOB may have been divided into factions, with conflicting statements now being issued. For instance, even though IPOB mainstream has announced the suspension of the Monday sit-at-home, splinter groups have been insisting on its continuation, leading to many people still staying away on Mondays out of fear.  Many see this development as a manifestation of fears that the group has finally become unable to rein in the monster it has created.