The wave of insecurity in the South East Zone of the country has reached an alarming stage, with blood chilling stories of daylight killings becoming a daily experience. However, two states of the zone have been worst hit in recent times. They are Imo and Anambra States, reports Ikeugoinna Eleke.

This is even as Catholic Bishops in Anambra have called for a 40-day praying and fasting to seek God’s intervention and save the South East Region from collapse.

While some of the incidences of insecurity in both states can be attributed to cultism, the larger chunk of it is attributable to agitation for a separate state, as championed by the Indigenous People of Biafra (IPOB). 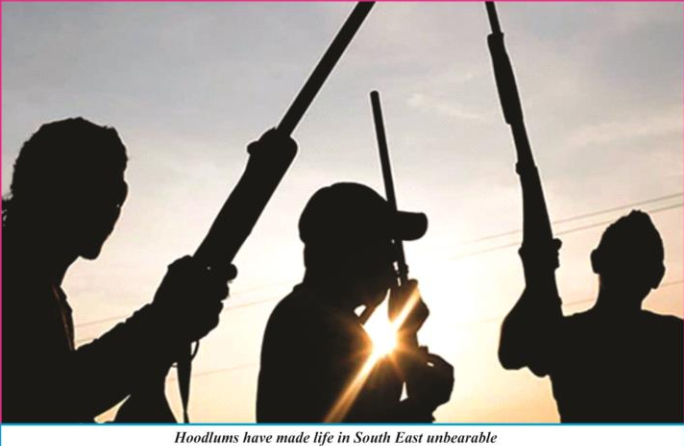 For cultism, its menace in Anambra is alarming, with very little being done to curtail it by security forces. In Awka, the capital of Anambra State, cult related killings have become a major occurrence, with one incident or the other witnessed every week.

Last weekend, not less than 20 people were reportedly killed in a burial ceremony in Ebenebe, Awka North Local Government Area, where a suspected cultist was billed to be buried. Sources in the community said the deceased was a known cultist who had participated in several operations, killing rivals. It was alleged that his rivals had warned that he was not worthy of being given a proper burial. And when his family members attempted to hold a burial for him, it resulted in the invasion of the area and its attendant casualties. Fides however learnt that the police in the state have so far made some arrests as they continue their investigations.

But the bigger threat facing the people of Anambra is the persistence of rampaging gunmen who have been dubbed unknown gunmen (UGM). When the threat first reared its head in 2020, it had been attributed to the then upcoming governorship election in the state. Though there were suspicions that the gunmen were members of IPOB, many insisted the attacks were politically motivated, while the IPOB leadership washed its hands off it. But long after the governorship election, the attacks have continued in Anambra, with no end seemingly in sight.

In the last two weeks, Anambra has witnessed series of attacks from gunmen, to the extent that some parts of Anambra State have been described as no go areas because of the prevalence of attacks there. Such areas are primarily towns that have borders with Imo State where some separatist elements are believed to have set up camps. 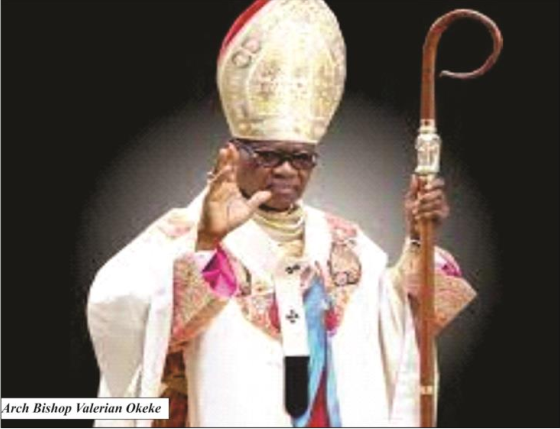 Last week, the father of Prof. Cheluchi Onyemelukwe, winner of the 2021 Nigeria Prize for Literature, Prof. I.O. Onyemelukwe, was killed. The 84 years old scholar was said to have travelled to Enugu from his community, Nanka, and was on his way back when the incident happened. He was said to have opted for the Umunze Route instead of using the Enugu-Onitsha expressway, but he unfortunately ran into the gunmen at Oko axis who killed him, while abducting two men said to have failed to answer questions posed to them by the gunmen on the agitation for a sovereign state.

Also, between Friday and Sunday, two weeks back, the Orsumoghu-Azia-Mbosi-Ihiala Road, witnessed about four attacks, leading to warnings on social media, urging road users to shun the road. Melie Ajuluchuku, a social media user in one of the warnings said:

‘Please brethren, do not ply the above route for any reason whatsoever. It has been proven to be a major security flash point. These hoodlums, known as unknown gunmen, have taken over the place, randomly wreaking havoc to life and property.’

At about the same period, Chief Gab Ofoma, Chairman/CEO of Ofoma Associates Ltd, a known business man based in Port Harcourt, was gunned down in cold blood as his driver made a detour from Onitsha-Owerri Highway en-route Port Harcourt due to traffic jam on the expressway.

Another social media user who gave his name as Osddy, also gave his account of how he was pursued by gunmen along the same road. He said:

‘I was travelling with my cousin. Vehicles coming from the Onitsha lane had stretched over 500 meters, so we made a detour through Orsumoghu Road. As we climbed the road breaker to enter Mbosi Town in Ihiala Local Government Area, my cousin spotted a white Hilux pulling out from the side of the road. As I watched from my rear view mirror, it was unmistakable that we were the prey. They were driving so fast to catch up with me.

‘By the way, I was driving a Toyota Tundra truck. I sped up immediately and what would turn out like a James Bond movie ensued. For almost a kilometre, we were jumping all the road bumps, and speeding like hell.

‘After about a kilometre, they started shooting at us. I wasn’t deterred, and just continued to drive. They eventually hit one of my rear tyres, but I didn’t stop. The entire road was littered with abandoned vehicles, and there was pandemonium everywhere.

‘At the point when my vehicle was barely moving, they stopped, turned around and left. I managed another 200 meters before I drove into a mechanic’s workshop, jumped out with my cousin and ran.

‘Everybody started running and another pandemonium ensued. To cut the long story short, after about 30 minutes, we surveyed the area and managed to get some Good Samaritans to change our tyres and proceeded on our journey to Port Harcourt.’

Another couple were kidnaped, at Okija, Ihiala Local Government Area of the State same Monday, but were later released. The couple, it was gathered, were heading to Owerri Airport, Imo State, before the incident happened. They were later identified as a medical doctor and her husband, a business man, both based in Lagos.

A senior police officer who spoke to journalists on condition of anonymity said the couple were later dropped off by the hoodlums at Ukpor, Nnewi South Local Government Area of the state at midnight that Monday.

Recounting his own experience, an anonymous social media user who narrated how his brother was kidnapped, said he was asked to bring N200, 000 to free him. He said he set out to Lilu where he was asked to bring money to the kidnappers but was later taken in a motorbike into the camp by a member of the gang who accosted him on the way. He stated that at some point along the Lilu Road, chippings were used to block the road to stop security forces from invading their camp.

Painting a vivid picture, the man said, ‘I was shocked to see a woman selling beer there (kidnappers’ camp) and some girls who put spices to their lives (prostitutes) were there singing and clapping. I bought them beer and they were (about) 25 in number. As soon as the GOC saw me, he queried them why they brought me there. They told him that I came for my brother. They brought him out and knelt him down before me. I told him how I got a call and how I came to save my brother, he said that he liked my guts and asked them to bring out my brother. He ordered four of his men to escort us to Ukpor Junction. The GOC told me to be praying for MNK (Mazi Nnamdi Kanu) to be released. I gave them what they asked me to bring and I also gave them 20 thousand Naira to drink. Most of them were speaking Abakaliki dialect.

‘The experience is not worth having for a second time. Lilu Town is like Sambisa Forest now. It has been taken over by insurgents. There is no life there now. They have intelligence reports everywhere. We are in serious trouble in Anambra South. It is very unfortunate. These guys are mean, they are small boys. Lilu, Orsumoghu, Azia, Isekke, Ukpor, are in serious trouble, it is very unfortunate,’ he narrated.

Meanwhile, as the spate of insecurity continues, various stakeholders have been trying to weigh in on how best to stop the tide of insecurity. Anambra State Elders’ Council has condemned incessant crimes in the state. In a communiqué signed by the Chairman of the Council, who was also a former Commonwealth Secretary-General, Chief Emeka Anyaoku, and the Secretary to the State Government (SSG), Prof. Solo Chukwulobelu during its last meeting before the end of Governor Willie Obiano’s Administration, the Council said that empowerment of youths could be an antidote to youth involvement in crimes. The council enjoined traditional rulers and presidents-general of communities and other stakeholders, to ensure their youths imbibed the right values and avoid destructive vices like violence and drug abuse.

Also, the People’s Democratic Party (PDP) candidate in the 2021 Anambra Governorship Election, Mr Valentine Ozigbo, has joined in the condemnation. Ozigbo who rather opted to speak about the mass murder last weekend at a funeral ceremony held in Ebenebe, Awka North LGA of Anambra State, described the killings as a tragic incident, adding that it was shocking and unacceptable, as well as being a horror that should be collectively condemned.

Bringing a spiritual angle into the quest for solution, Catholic Bishops in Anambra State, under the Archdiocese of Onitsha, have declared 40 days of prayers and fasting over the level of insecurity in the state.

A press release signed by Most Rev. Valerian M. Okeke, the Archbishop of Onitsha and Metropolitan Ecclesiastical Province, for and on behalf of the Catholic Bishops of Onitsha Province, stated the need for intervention over what was happening in the state.

Part of the release read: ‘For quite some time now, the South Eastern jurisdiction which God entrusted to our pastoral care has become a theatre of ungodly and wanton destruction of life and property. The forces of darkness and death seem to have cast shadows over the South Eastern part of our country. This has not been part of our history or who we are as a people. In the midst of these tragedies, many people are tempted to lose faith in God and hope in man.

‘It is against this prevalent despondency that we, the Archbishop and Bishops of Onitsha Ecclesiastical Province, send you this message of hope and call for prayers, especially this holy season of lent. We are indeed convinced that those who put their trust in the Lord can never be disappointed.’

The release stated that the prayers would start on Wednesday, being the commencement of the Lenten Period, and last through out the 40 days period that ushers in the Easter Celebration. The Bishops explained that the prayers were for security and peace in the South East of Nigeria for God to cause a change of heart in the murderers and make them once again realize the sacredness of human life and that justice and equity would reign in Nigeria.

‘We ask God to give the Federal Government of Nigeria and some of our own political leaders the courage and the honesty to discuss the challenges facing the South Eastern Region which are part of the causes of youth restiveness and violence in our zone. The prayers for peace and security are now declared in all the dioceses of our Province to begin on Ash Wednesday, 2nd March, 2022. The prayers will last for 40 days (from Ash Wednesday, 2nd March to Palm Sunday, 10th April, 2022).

‘There will be fasting for everybody on Ash Wednesday and all Fridays in the season of Lent. We suggest that people should not eat before noon on such days. We appeal to all as individuals, families, associations, parishes, to say their Rosaries daily and faithfully within this period of lent in order that this cloud of bloodletting hanging over our region will collapse like the walls of Jericho,’ the clergy men said.