The two pairs of shoe I have been managing for the past seven years were entirely worn out. I was compelled by the inner voice in me to replace them. Unfortunately, the worst economic condition of our country Nigeria is biting hard on every Dick and Harry, including my poor self. Hence, considering the theory of priority of values, the most essential thing currently is food for the stomach.

One can go without shoes, but it is impossible to survive without food. Since God is the Alpha and Omega, can we fall on our knees and ask him to remake human beings in such a manner that we can live without food all the days of our lives? Is this possible? Yes, with God everything is possible. However, God allows nature to take its normal processes.

As a minister of the Gospel of Salvation, I can forego the wearing of shoes and go about barefooted. Nonetheless, the spirit of decency pushed me to enter a popular main market to look for a lasting pair of shoes. I walked straight into the department of foot wears to make a choice. I saw many local and foreign shoes displayed all over the places. None of them was to my liking.

A particular shoe merchant went into his warehouse and brought out a special pair of shoes. It attracted my attention and my two feet were excited as well. The merchant smiled and exclaimed, “My special customer and man of God, this one is everlasting. You will wear it until Jesus comes again. A trial will convince you. You will live long to give testimony.” His words and assurance stole my heart entirely.

Thus I bargained like a woman and finally paid for it. I tested the pair of shoes there and then. The pair seized me so well as if my two feet were in the maker’s mind. I went home gladly with the so-called everlasting pair of shoes.

On reaching home, I said invocative prayers over the pair of new shoes, in case any evil spirit is dwelling within. I wore the shoes on frequent spiritual and social occasions. On a certain Sunday morning, I wore them during divine sacrifice. As I was proceeding solemnly towards the altar with the altar servers, the pair of shoes was making a unique sound which harmonized with the choir musical instruments. 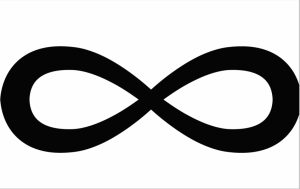 Immediately I reached the sanctuary, I genuflected before the Holy of Holies with the right knee. On getting up, the center could no longer hold. The worst happened. The right foot shoe cover dismantled itself from the sole. I was highly embarrassed. Shame covered my face. To add salt to bloody injury, I saw some people among the congregation laughing at me. One of the altar boys picked the sole of the shoe and said to me, “Father, your soul has fallen apart.

Where will I keep it for you?” I quietly replied, “My boy, it is not my soul but the sole of my shoe broke away.” I collected it from him and threw it aside. To avoid further drama, I removed both the damaged shoe and the good one and kept them at a hidden corner before proceeding with the divine sacrifice on bare feet.

The so-called everlasting pair of shoes disappointed me before the public of worshippers. Something that is everlasting should last forever. Contrarily, the new pair of ‘everlasting’ shoes lasted only for two months. Should I sue the seller in Law court for betraying my trust? Imagine how the shoe cover separated from its sole in a twinkling of an eye! This is how the human body separates from the soul at death. Indeed, nothing in this world is everlasting.

Recently, I embarked on pastoral tour to the parishes where I shepherded the flock of God within the past twenty-nine years. I went to Saint Theresa’s Catholic Nibo and I was addressed as the former parish priest. From there I proceeded to Saint Mark’s Catholic Church Abagana, where they welcomed me as their parish priest of those days. The children I saw were not yet born when I was in control.

They were looking at me as an old man. Later, a burial ceremony took me to Saint Patrick’s Cathedral Awka, where I was introduced as the former Cathedral Administrator. Some other time I was on a casual visit to Saint James Catholic Church Neni, where I worked not long ago. I was ushered in as their former parish priest. In all, the use of the word ‘former’ threw me into emotional reflection. I was former and not present or incumbent parish priest. My period of leadership in those places has expired completely.

In other words, religious or political leadership is not everlasting. It comes and goes. Have you seen an everlasting leader anywhere in this world? Only the Almighty God is the Everlasting Leader in heaven and on earth. His tenure does not expire. He rules forever and ever. Our human leadership is temporal.

Therefore, the lesson for anybody in authority is to make good use of the office entrusted to you while you are in-charge. The legacy one leaves behind follows him all the days of his life. Likewise any bad example or scandal made becomes an indelible scar.

Everything in this physical world expires. Each has an expiry date. Whatever commodity displayed in the market has an expiry date. It is always written, “Best before so or so date.” One day I bought a canned beer. I opened it in haste and drank it in haste. Afterwards I found out from the inscription on the empty can that the beer had expired six months ago. Immediately I became uneasy.

What occupied my mind was that I might expire in six months’ time in one way or the other. I tried to vomit the liquor.  Unfortunately my body system has assimilated it. The unused part of the liquor came out sooner as urine.   Even human beings created in the image and likeness of God expires. Our expiry date is written inside the heart. Only God sees it.

But if you want to know yours, then dissect your heart with a sharp knife and see it. However, the dissection is at your own risks. Just yesterday I glanced through a standing mirror and observed that I am gradually expiring. What of you?

The world to come is everlasting. This means that it exits forever and forever. It has no end. This physical world shall end some day and some time. God created us and housed us in the planet called earth. The term ‘earth’ means that it is made up of perishable things. It is also formed with dust. That’s why on Ash Wednesday we are signed with dust on the forehead with these accompanying words:

“You are dust; unto dust you shall return again.” I still remember the mentally deranged man who was signed with dust while kneeling and the words said upon him. He rose up sharply and wiping the dust on his forehead he shouted, “No, I am not dust! I no go die.” He jumped out madly from the church window. Implicitly, he believed that his madness does not lead to death.

All said and done, we human being are on pilgrimage. We are in this world but not of this world. Each person will expire on the day of one’s death. The human body is corruptible while the soul is immortal. Death is the end of a new beginning. This new beginning is everlasting or eternal life. There are two destinations before us: Heaven or Hell. Heaven is a state of everlasting joy while Hell is a state of everlasting punishment.