I’m still in the Race, Ozigbo

The candidate of the People’s Democratic Party, PDP, in the Nov 6 guber election, Mr Valentine Ozigbo, says he’s still in the race to win.

Ozigbo, who stated this at a press conference in Awka today, said as far as the votes left were greater than results declared, he still had chances of turning the table. 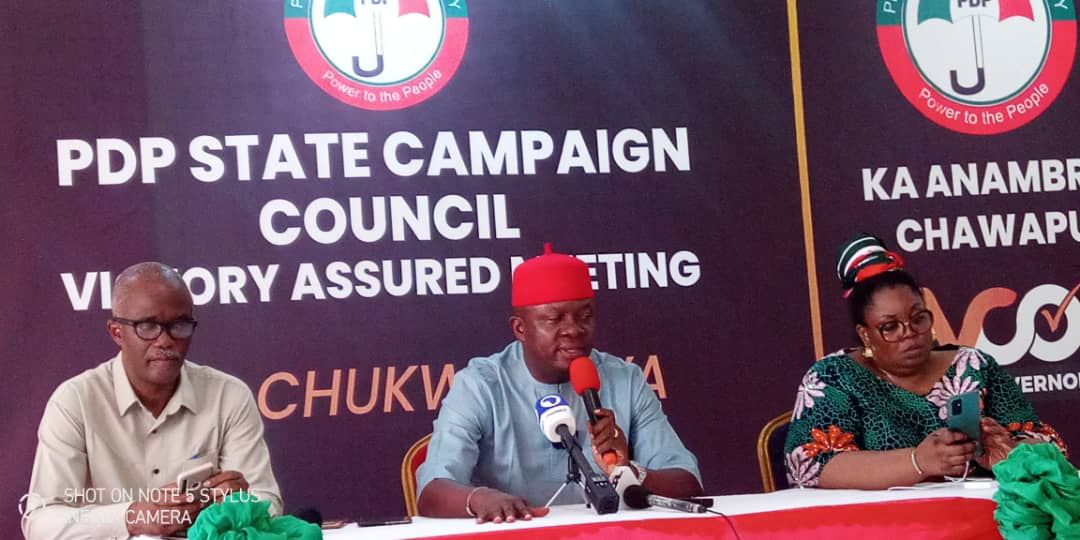 He therefore said it was not yet over, noting that even though the voter turn out was poor, more people would show up in Ihiala for the remaining election.

The PDP candidate urged supporters to come out enmasse in Ihiala and make a difference.

Ozigbo who debunked the notion that internal squabbles in PDP might have affected the party’s fortunes, said vote buying and denominational politics were the two factors that affected him.

He said he went for the race because he felt Anambra deserved better, noting that it made him leave his comfort zone.

“When I think about what is happening I think the need is even more critical,” he said.

He also said the party had noted loopholes and would correct them ahead of the next round of polls, saying that the people of Ihiala knew what was expected of them.

Ozigbo commended INEC on their attempt to digitize the election but regretted that only 25% of the 2.5 million registered voters turned out as a result of delays and problems caused by the machines.

The PDP candidate expressed sadness that many were disenfranchised and called for a society where less important things would be elevated.

Ozigbo decried money politics, which, he said, the incumbent party used to thwart the people’s will.

“If we continue in this way, it will no longer be the best among us leading us,” he said, urging the people to focus on things that would help. Ozigbo said the election was still winnable and that it was not yet over.

He appealed to Anambra people to continue to support him to actualize his programme of making Anambra ‘Chawapu’.

“The battle rages on,” he said