The leader of the People’s Democratic Party, PDP, in Anambra State and former governor of the state, Mr Peter Obi, has told all the governorship aspirants on the platform of the party that they are on their own as he has no favoured candidate. Obi’s statement is coming against speculations that he has some favoured candidates whom he is financing. 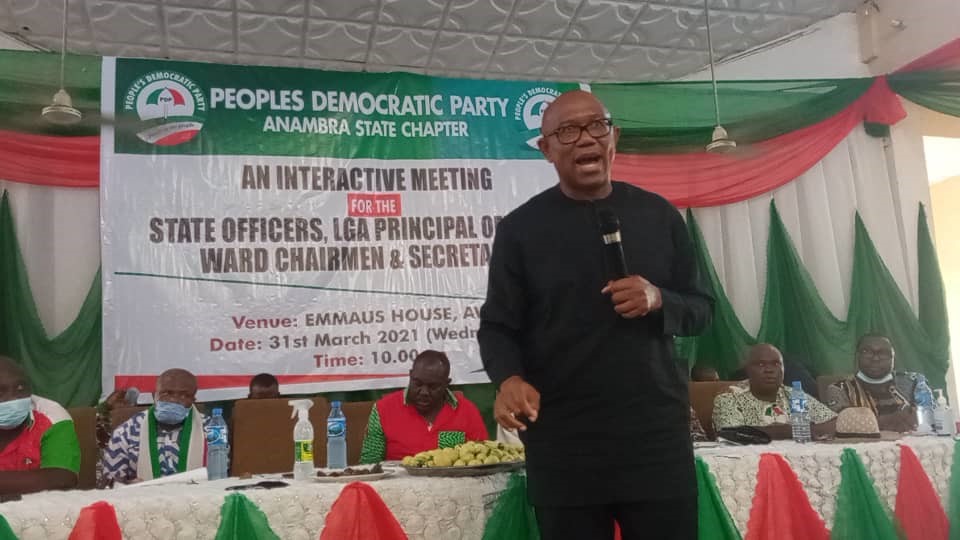 But speaking at an interactive meeting with national/state assembly members, state officers, LG principal secretaries, ward chairmen and secretaries of PDP last Tuesday at Emmaus House, Awka, Obi said he was backing no one and was only interested in free and fair primary election and for the delegates to choose the best candidate that could win the election and Promote  the party.

Said he, ‘No aspirant has given me anything; not even pure water. I’ve never been associated with taking anything from anyone. This was my mantra throughout my time as governor and beyond. I don’t take money from anyone in politics because I believe that wherever I find myself is by the grace of God.

‘I want to see a better Nigeria. I’ve no interest in money. I’m not interested in any candidate. Whoever wins should fly our flag. The purpose of government is to do good for the people.’

Obi, the Vice Presidential candidate of PDP in the last election, charged delegates to choose only the candidate that could win election and who had the capacity to prosecute his campaign, even as he urged the delegates to examine the profiles of the candidates.

He said he would soon embark on local government tour to meet the party members and give them Christmas and Easter gifts.

Obi who said he had started redeeming his promise of making a monthly remittance of N4m for the running of the party, presented membership cards to the party.