Amid conviviality and high expectations, the Ikenga Community in Aguata Local Government Area of Anambra State, December 29, 2020, concluded the election of members into its executive council to oversee their affairs for a period of four years. The election witnessed members being voted into the offices of the President General, first and second Vice Presidents General, Secretary and others. 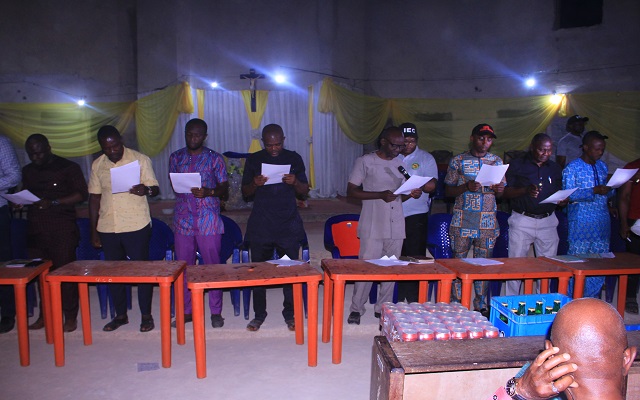 Elected officers swearing to the oath of allegiance

This development ended a 10-year stalemate suffered by the community owing to a rift between the traditional council and the town union executive, Fides gathered.

It was Rev Fr Peter Nwankwo, the parish priest of St Anthony’s Catholic Church, Ikenga, who, upon arrival at the community in October, 2017, spearheaded a reconciliation process which brought about the withdrawal of twelve pending cases to be settled out of court, drafting of a constitution and subsequently, the conduct of the elections.

Candidates for the election, during a debate on December 27, 2020, pledged to uphold the tenets of the constitution of the union and discharge their duties without fear, favour or prejudice.

While the people were encouraged to embrace the peace which had returned to their community, the erstwhile Secretary General, Eugene Okoli, who presented a handover address on behalf of the outgoing executive, recalled that the community had been engulfed in crisis since the year 2012; adding that efforts to broker peace by several groups inside and outside Ikenga Town met brick walls. 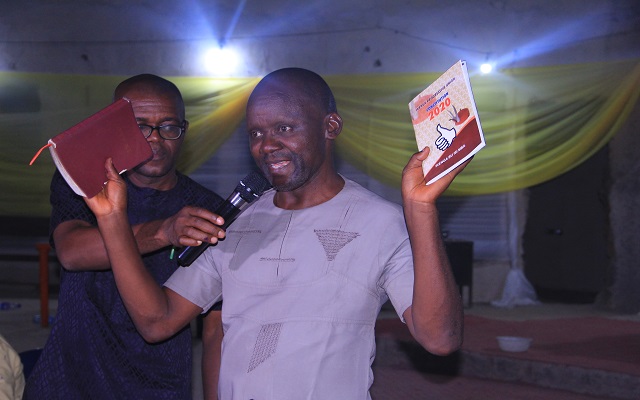 Addressing the new executive committee, the former Sec. Gen. congratulated them and reposed confidence in them, noting that they were a formidable group ready to deliver, even before demand. He added that it was now their work to consolidate the peace for a more meaningful development, without which, he said, there would be no development.

Okoli also encouraged the youths to take up positions in the administration of the town, describing the current age as the age of the youths.

Contributing, the newly elected President General, Ikechukwu Anakor, appreciated Fr Nwankwo, the Electoral Committee led by Ugochukwu Ekedum; and the former executive. Pledging the loyalty of the new executive members and their willingness to work for the cause of the community, Anakor said his leadership would take its stance on the constitution and the Bible and assured that a new Ikenga would emerge in no distant time.

Asking for support and cooperation from members of the union, he reiterated that they would seek to consolidate the peace which had returned to their community and run an inclusive leadership where every quarter would be duly and fairly represented. Anakor also asked that they be called to order whenever there was need for such. 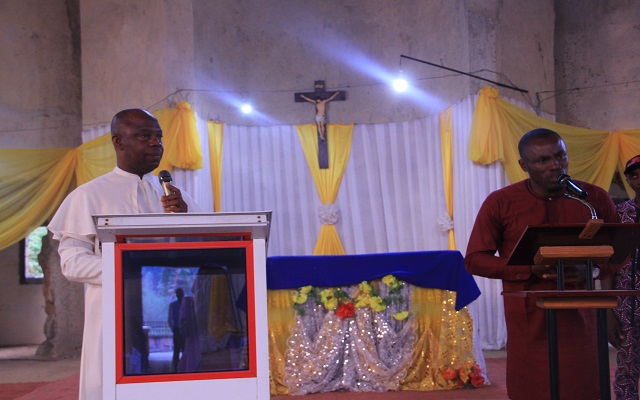 Fides Media Director, Rev. Fr Dr Martin Anusi, moderating the political debate for the Ikenga Town Union election, December 28, 2020, while one of the candidates for the position of Secretary General addresses the audience.

For his part, the representative of the Commissioner for Local Government, Chieftaincy and Community Affairs, Mr Henry Nwasike, described the election as a great achievement because of the challenges which the community had faced in the past, adding that it was free and fair.

He commended the priests in the community, Catholic and Anglican, who were part of the reconciliation process.

Nwasike who expressed hope for the emergence of what he called a new Ikenga, urged the new executive to bring all hands on deck to maintain peace and order. He also said there would not be any further rift, noting that the elections were keenly contested. He advised that everyone be carried along for a formidable team to be formed which would aid the development of the community.

The traditional ruler of the community, Igwe A. N. Onwunewe, who arrived towards the close of the elections, expressed pleasure at the turnout of the day’s event and appreciated Fr Nwankwo for his efforts, while he beseeched God to sustain peace among them.

The monarch recounted how Ikenga was created and how the community had grown and developed overtime from four hundred persons who were counted in the 1970 census to over fifteen thousand indigenes today.

At the multiple event of debate, elections and swearing in of new executive and community get-together, Fr Nwankwo, who has a track record of peace keeping, charged members of the community to embrace the peace that had been achieved and beseeched God to bless the Ikenga Community.