The former City striker, who departed the Etihad Stadium four years ago, settled a generally lacklustre curtain-raiser to the new domestic season at Wembley. Iheanacho came off the bench in the 79th minute and was brought down by Nathan Ake in the closing minutes. 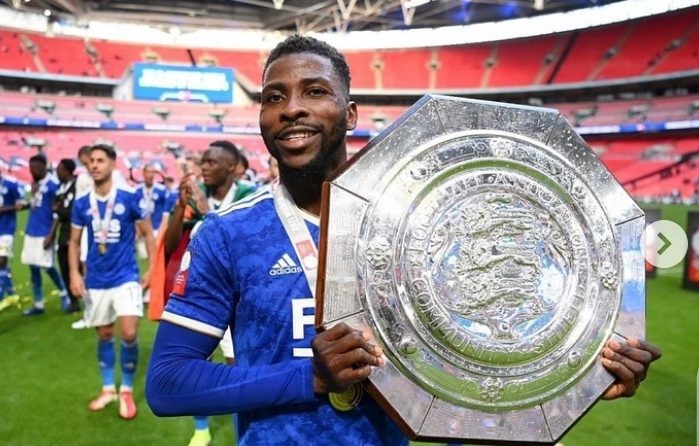 The Nigerian international, who scored 19 goals for the Foxes last term, calmly slotted the ball beyond goalkeeper Zack Steffen from 12 yards out to give the FA Cup winners the spoils.

Reacting to Iheanacho’s penalty kick, the former Atlanta Olympic gold medalist told Completesports that his patience to remain with the club is paying off now.

He also lauded the former Golden Eaglets star for shouldering the responsibility of taking the penalty kick despite the huge pressure.

‘I must commend Iheanacho for his confidence, most especially taking the responsibility of the penalty kick against Manchester City in the Community Shield.

‘I sincerely love the way he handled the pressure when he took the penalty against his old club. Now his decision not to leave the club is gradually paying off as he has won the FA Cup and Community Shield with the Foxes.’ Dosu said.