The Transition Committee Chairman of Orumba North, Hon Chief (Mrs.) Ify Obinabo, has been conferred with the chieftaincy title of “Ada Ife” of Ufuma Kingdom

The conferment was effected by the traditional ruler of Ufuma Community in Orumba North Local Government Area, Igwe Chika Uchime. 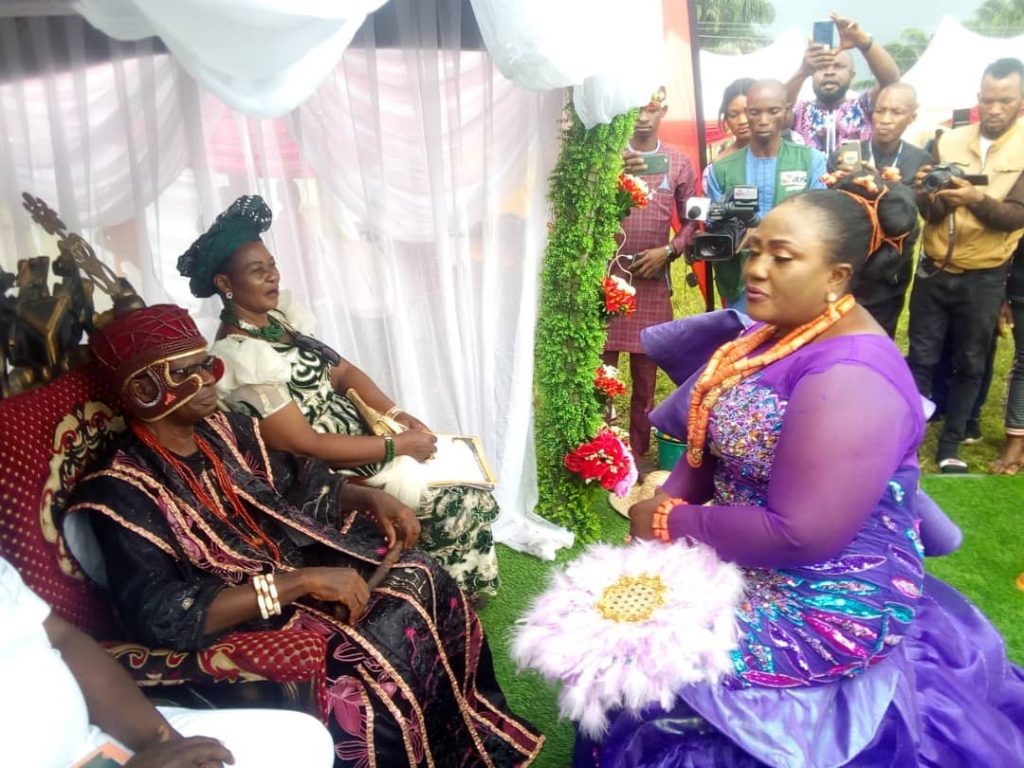 Fides reports that the Ufuma Campus of the Federal Polytechnic Oko was filled to capacity as family members, friends, colleagues and government functionaries, gathered to felicitate with Mrs. Obinabo on her conferment as a result of her numerous positive contributions to the growth and development of Ufuma Community.

According to Igwe Uchime during the conferment, Mrs. Obinabo represented the good image of Ufuma people, while stating that ‘her exceptional leadership and outstanding contribution to the socio-economic development of the community and Anambra in general, is second to none.’

Felicitating with the celebrant, the member representing Orumba North in the state House of Assembly, Honourable Emeka Aforka; an industrialist, Dr. Jude Akpua, and Nze Henry Nnebe, described Mrs. Obinabo as a symbol of a true patriot, trailblazer and a seasoned administrator, urging her not to relent.

Responding, Mrs. Obinabo, who expressed joy over the honour, said that the conferment would spur her to continue to improve her selfless service to humanity, while doubling her efforts towards accelerated development of the community.

She urged women to always engage meaningfully in social development and politics as they had important roles in redeeming society.