Igbos are Outstanding in Care for Priests – Cardinal Arinze

The Cardinal Bishop of Velletri-Segni, His Eminence Francis Cardinal Arinze, has lauded the Igbos for what he described as their commitment to the care and support they give to Catholic priests.

Recalling that he had been to over 56 countries since his priestly ordination, the 89 years old cardinal noted that the Igbos had been synonymous with giving special support to the priests. He commended the Catholic Dioceses of Awka and Ekwulobia for the annual Christmas party organized for the aged and retired priests, saying that such was an uncommon goodwill.

Earlier when he led in a concelebrated Mass to mark the Christmas Party at St Thomas Aquinas’ Catholic Church, GRA, Awka, Francis Cardinal Arinze, in his homily, described the Mass as that of thanksgiving to God for the gift of the priests who gave themselves in service to God, the Church and humanity.

The cardinal, who at the event blessed the Grotto of the Holy Mother Mary that was donated by some supporters of the home, said he was delighted over the event, which, according to him, was an avenue to celebrate, remember and appreciate the priests.

He also described the Christmas Celebration as a time of stock taking for the priests. ‘The priests in such celebration should thank all who stood by and supported them in their apostolate, as well as be able to take stock of the number of people they had helped to build and how many seminarians they had inspired to priesthood,’ Cardinal Arinze who is a former Prefect of the Congregation for Divine Worship and the Discipline of the Sacraments, said.

Fides gathered that the Christmas Party for the old priests which was its second edition, was for Catholic priests who were ordained between 1965 and 1981. Some of the priests were ordained by Francis Cardinal Arinze. 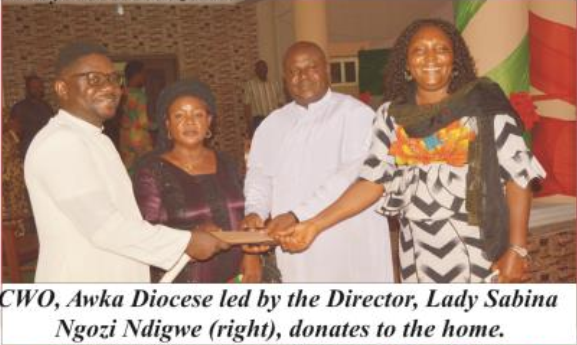 Speaking on behalf of the two dioceses of Awka and Ekwulobia, the host Catholic Bishop of Awka Diocese, Most Rev Paulinus Ezeokafor, in his remarks thanked Cardinal Arinze for his presence at the celebration.

The Catholic prelate called on all in diaspora to make out time to visit and support the home with their donations for better care of the priests, who, he said, were no longer in active service and as such depended on the goodwill of others.

In his address of welcome, the Director, Priests’ Welfare Home, Awka, Rev Fr Emmanuel Udu, said the event was to celebrate the priests, who, he said, for more than 40 years, gave the best of their lives to the Church in service and dedication. 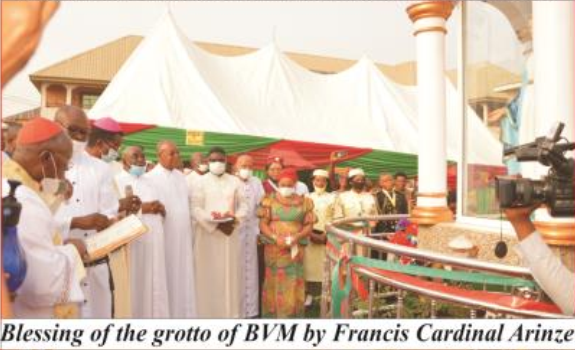 ‘This 2021 Christmas dinner party is simply to pray, celebrate and sit with the elderly priests. We are honoured with the presence of our respected brother and father in priesthood, Cardinal Arinze, whose strength of mind and spirit at 89 years is a symbol of God’s grace and life to emulate,’ Fr Udu stated in his address.

He appreciated the priests who had piloted the affairs of the home in the past; commended the bishops and the priests’ associations of both Awka and Ekwulobia Dioceses, as well as all who had supported the home for their goodwill.

Fides reports that the welfare home which was opened in 2015 for priests with health challenges or had retired due to old age, currently has about seven priests in it. They include Rev Fr Johnson Orjiakor; Rev Fr Simon Azuka; Rev Fr Ernest Nwankwo; Rev Fr Victor Egbuachor; Rev Fr Clement Obianozie; Msgr Simon Amateze and Msgr Basil Nwazojie. 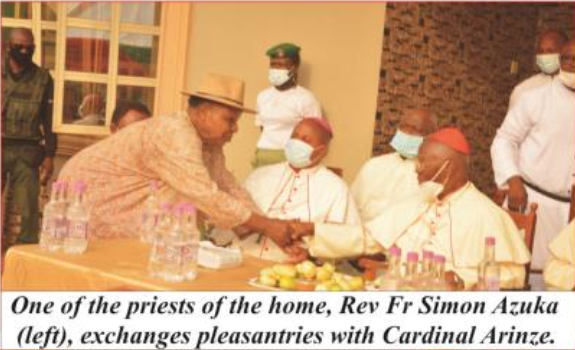 Speaking to Fides, the PDP Candidate in the 2021 Anambra State governorship election, Mr Valentine Ozigbo, described the celebration for the old priests, as well as support to the home, as worthwhile.

Ozigbo, who last Easter organized a dinner party for the old and the retired priests of Awka and Ekwulobia dioceses, said he was elated to be part of the Christmas party.