The Igbos are one of the major three tribes in Nigeria. The other two include Hausas and Yorubas.  There are over 250 ethnic tribes in Nigeria to name other tribes but few viz; Edo, Urhobo, Itsekiri, Ijaw, Efik, Ibibio, TIV, Idoma, Igala, Bachama, Birom, Kanuri, Nupe, Annang, Oron, Ekoi and so many others. The Igbos are one of the largest single ethnic group in Africa and are found in South-East zone of Nigeria.

It is worthy to note that there are over 120 million Igbo population across the globe. It is recalled that world population is over 7.6 billion while population of Nigeria is over 198 million. The core Igbo States are Anambra, Enugu, Imo, Abia and Ebonyi. The other Igbo states in Nigeria are Delta and Rivers. 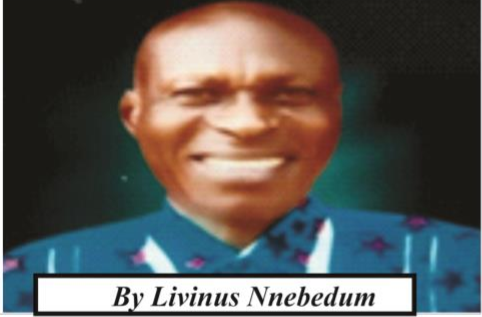 They are found residing and doing business in all the 36 States and Federal Capital Territory in Nigeria. Globally Igbos are found in all continents of the world such as Africa, Asia, North America, South America, Europe and Australia.

Igbos are courageous and known for their capacity to speak boldly especially in the face of injustice, intimidation and wickedness (Uzoekwe, 2013). Age Grade system is Stratification of Igbo Populace at achieving a base structure of operation for purpose of accomplishment of security, road maintenance, sanitation and so. The dominant religion in Igbo land is Christianity.

The Igbos have a philosophy that no agent or force can subdue their will except by the creator God (Chukwu). One of the greatest event in history was the coming of Christianity in Igbo land in 1857. The missionaries came along with their evangelization, education, trade and commerce. The coming of the missionaries was worthwhile, with an end to the killing of twins, abolition of slavery not only in Igbo land but across Africa.

This behavior stems from indomitability of Igbo Race, for instance, the amazing population recovery from below One Million in 1850 due to slave trade to over 12 million in 1920 (Onwuejeogwu, 1987). Some Igbos rebuilt themselves in less than five years after the Nigeria Civil War of 1967 to 1970 without any form of assistance.

The origin of Igbos – where did they come from?

Gad therefore was among the 12 sons of Jacob and his sons were forced by famine to sojourn in Egypt where they lived happily for several years but later faced severe persecution under the Egyptians. Gad the great ancestor of Igbos and his own 7 sons namely; Zephon, Haggi, Shuni, Ezbon, Eri, Arod and Aleri. Eri and his companions foresaw the persecution which would befall the Israelites in Egypt and quit before the persecution.

Eri the 5th son of Gad with his wife Ishamal and his two younger brothers Arod and Aleri and few relatives decided to leave Egypt secretly before the mass exodus of the Israelites from the land of Egypt. Eri  and his companions journeyed by water and land routes.

Their initial settlement at the basin was constantly invaded by flood. Eri and his companions later moved into the hinter land to the place now known as Enugu-Aguleri, where Eri built on altar. He named the house “Obu Gad” (Gad’s House) in honour of his father Gad. “Obu Gad” remains a tourism site in Agulueri town of Anambra state of Nigeria till date (Kate Uzo Ezeofor, 2012).

Like other ethnic groups, there are various versions by scholars about the origin of the Igbos. But all the versions have common fact, Igbos are an ancient stock with highly advanced indigenous organizational system that encompasses government, commerce and technology.

However, the Akwa-Eri version which stated that Igbo nation was founded by Eri (Aguleri), Areli (Owerri) and Arod (Arochukwu) who were three sons of Gad, (Gad, son of Jacob who left Egypt and came settled in Igbo land) seems to agree with the testable facts.

Before the coming of the British in the 1800, pre-colonial Igbo political organization was based on semi-autonomous communities ruled by assembly of representatives of the people. Political contributions starts from each family as the smallest social unit usually represented by elders (Okpara). The next level is the kindred (Umunna) followed by village, clan and town/community.

In modern era extended to Local Government Area (County Councils), State and Federal level. The Igbos for example Onitsha has kings called Obi, the Nri and Arochukwu have kings called Eze, the Adazi-Nnukwu and Agulu have Igwe as their king and precisely Adama as the Igwe of Adazi-Nnukwu. The Igbos have a Calendar with four market days namely Eke, Oye, Afor and Nkwo.

The first white people to come to Igbo land were the Portuguese, who came mid-fifteenth Century, later the Dutch and English. Between 1700 AD and 1807 AD, the white people who came to Bight of Biafra were slave traders assisted by Middlemen who were mainly Aros and Coastal people of Niger Delta.

Legitimate traders and missionaries arrived around 1886 AD up to 1899 AD. Those traders were interested in Agricultural products like palm products, timber and elephant tusks etc. By then, there had been industrial revolution in Europe and there was need for the raw materials to feed the industries.

There is great need to protect and preserve Igbo culture and language in Nigeria. The Igbo Elders should talk more on this issue with their vocal loud voice but the youths/children must listen with their ears, Imbibe and adopt all the wise sayings of the elders (Dede).

The Igbo adage says, “Ekwu gi ekwu mere onu, ma ekwue anugi mee nti”. This is literally translated in English Language as “if mouth don’t talk, it is blamed, but if it talks and the ears do not care to hear, the ears are to be blamed”.

There is need to safeguard Igbo Linguistic and psychological heritage through the maintenance and nurturing of traditional imageries, prose, poetry, folklore, and all other components of Igbo wisdom, (Njoku, 2004). Other efforts include wake-up calls by Professor Pita Ejiofor, Appolonia Okwudishu, Nolue Emenayo, Philip A. Nwachukwu and late F.C. Ogbalu among numerous other scholars.

Livinus Nnebedum is an author of many textbooks in History and Current Affairs, a Public Affairs Analyst with bias in Agricultural Journalism. He writes from Federal College of Education (Technical), Umunze, Anambra State.

Nebedum writes from the Federal College of Education