The Centre of Ethics and Self Value Orientation, Abuja, has presented an award of Integrity Icon of Nigeria to Dr. Pete Ibida, the member representing Njikoka II Constituency in the Anambra State House of Assembly for his ‘legendary performance in office’.

Fides reports that the ceremony was held in his compound in Nimo, Njikoka Local Government Area.

While presenting the award to the legislator, the Director of the Centre of Ethics and Self Value Orientation, Prince Yakubu Musa, explained that the agency made inquiries about how Dr. Ibida had performed his legislative duties at the State Assembly and his constituency for the past six years and was satisfied with the result they obtained.

Prince Musa said that investigations showed that Dr. Ibida had performed exceedingly well in health, education, sports, among others, to deserve the award given to him. 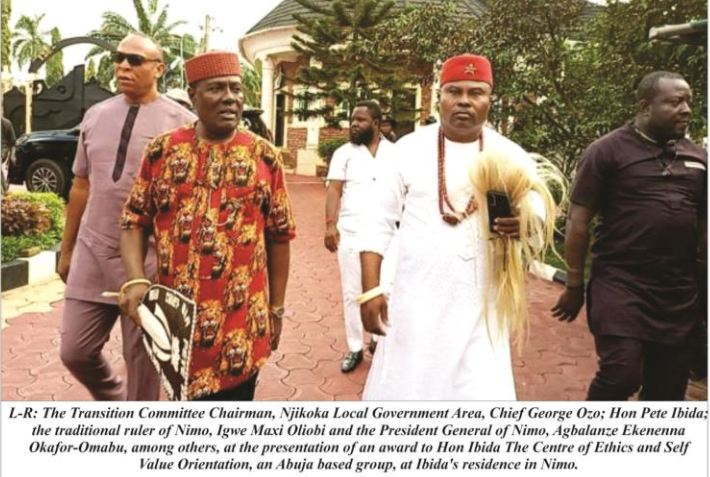 He revealed that Dr. Ibida’s leadership character and humility convinced them to bestow the honour on him and urged other public servants to emulate him.

Responding, Dr. Ibida, who was visibly overwhelmed with joy, described the award as a reward for excellence, hard work and dedication to duty.

The lawmaker said the award would spur him to be more dedicated to duty and commended them for being thorough and honest in selecting their awardees.

For his part, the Chairman of the All Progressives Grand Alliance (APGA), Njikoka Local Government Area, Elder Charles Okongwu, described the award as a reward of spectacular performance, adding that the lawmaker had touched many lives in his Constituency through effective representation.