IBB and the Burden of History (Part 2)

Today, I bring you the concluding part of the article written by Dr Reuben Abati which he titled ‘IBB and the Burden of History’. It is an article that captures everything that is IBB. I thank you all for your comments after reading the first part of this piece last week. I appreciate all the phone calls and text messages too. I also thank Reuben Abati for his great sense of History. He truly captured it all. Enjoy the rest of the piece…

It is again one of those ironies that IBB can boast that he and other members of his junta were saints, in comparison to the present administration. He talks about how his government fought corruption. “So tell me who is better at fighting corruption?” For the benefit of those who may have forgotten, once upon a time in this country, General Babangida was considered a villain. In fact, the 1989 riot was in part a protest against institutionalized corruption! 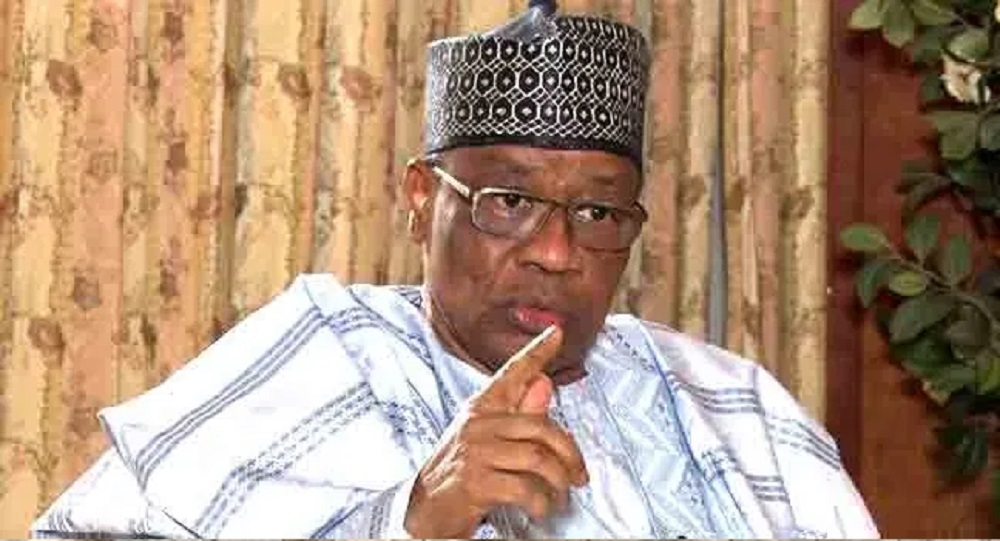 It is a sign of how bad things have become since then that the same leader can look straight into our faces and tell us that the epithet, Maradona, that was used to describe him was an acknowledgement of his “deft, political moves”. He even laughs at the oxymoronic description of his persona: “the evil genius”: “I marvel at that. The contradiction – you can’t be evil and then a genius.” To tell ourselves the truth, yes, a genius can be evil in the deployment of his talent, and the corresponding impact.

The term “Maradona” referred to his foxy and manipulative tendencies. In the quarter final match between Argentina and England in the 1986 FIFA World Cup, Argentine football genius, Diego Maradona scored a goal with his hand. He later called it “The Hand of God” goal. In these days of VAR technology in soccer, that goal would have been disqualified, but he got away with it. IBB as Nigeria’s leader was infamous for such devious maneuvers.

But perhaps the most astonishing part of the retired military ruler’s revisionism is his excuse for the annulment of the June 12, 1993 presidential election. He said, “If it materialized, there would have been a coup d’état – which could have been violent. That’s all I can confirm.

It didn’t happen thanks to the engineering and the “Maradonic’ way we handled you guys in the society. But that could have given room for more instability in the country.” Afenifere and NADECO chieftains and others have appropriately taken up General Babangida to remind him of the truth. Nigerians elected Bashorun M.K.O Abiola as Nigeria’s president. The election was free and fair.

For the first time in Nigerian history, a presidential candidate secured majority votes in virtually every part of the country. It was a truly historic, myth-defying election, with a high voter turn-out. But IBB and his friends truncated the process because of the fear of a coup.

These were Generals who were master coup planners. IBB was so good at planning coups that it was said he had taken part in every coup in Nigeria since July 1966. In 1985, he decided to take charge directly by removing Major-General Muhammadu Buhari from power.

IBB himself would not tolerate any such act of treason and treachery. When his friend, the soldier and poet, General Mamman Vatsa was implicated in a coup against his administration, IBB got him killed. The same man now tells us that he was afraid of a coup, so he annulled a people’s election. He staged a coup against the people of Nigeria. M.K.O Abiola was his friend too. M.K.O died in that struggle.

And now IBB dances on his grave. And on the graves of many other Nigerians who lost their lives, leaving behind widows, widowers and orphans. If this is meant to be another Maradonic move, it is important to call it out for what it is: cruelty. It would have been better if M.K.O Abiola had been allowed to claim his mandate. Even if a coup was organized against him, IBB owed him and the people of Nigeria a duty to make that coup impossible.

Even if M.K.O Abiola died in that imaginary coup, it would have been on record that he died in the palace of democracy, not in the hands of tyrants. How does IBB feel today, now that Buhari has recognized June 12 and M.K.O Abiola?

Today, General IBB is the same man now prescribing criteria for Nigeria’s next president in 2023.  As he put it: “I have started visualizing a good Nigerian leader. He should be a person who travels this country and has friends in every state of the country; a person who is very vast in the economy, a person who is a good politician who is ready to talk to Nigerians.

I have seen about three already. The person should be in his 60s and I believe if we get such a person, Nigeria will get it right.” I disagree with his emphasis on an age bracket. It amounts to a needless politics of exclusion. The problem with Nigerian leaders is not their biological age. It is the age of their ideas. In the United States, Bill Clinton became President at 47. President Barack Obama at 48. But after Obama, Americans elected Donald Trump, a 71-year old man. Current President Joe Biden came into office at 78.

We need a mixture of every demographic category to move Nigeria forward, from the old order to a new place. But IBB is right about the knowledge of economic issues and the need to have a bridge-builder and a nationalist in office. My only worry is that Bashorun M.K.O Abiola met all the criteria outlined by IBB. In 1993, when he won the Presidential election, M.K.O was 55.

He was also a man who had a great knowledge of the economy, having established himself as a global entrepreneur. He was in addition, a Chartered Accountant. He also had friends from all parts of Nigeria and the entire world. No Nigerian before now fits IBB’s criteria better than M.K.O did. As the General turns 80, is his conscience beginning to prick him, hence he recommends a future president in Abiola’s image?