IBB and the Burden of History (Part 1)

This article by the highly cerebral but controversial Dr. Reuben Abati took me down memory lane. He did his homework pretty well and his analysis of Nigeria’s past president, Gen Ibrahim Babangida is as in-depth as it is true! In his time, some referred to him as the Evil Genius. Some others called him Dribbler.

While he was just ‘Maradona’ to a lot others. What do these names have in common? It certainly does tell so much about the man, Ibrahim Babangida. Well, he turns 80 this year and this beautiful work on him tells a whole lot about his good side and the very dark side!!!  . History is indeed a treasure!  Please enjoy… 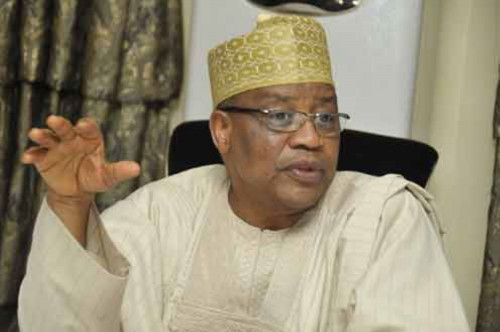 General Ibrahim Badamasi Babangida (IBB), Nigeria’s military Head of State from 1985 to 1993, is arguably the most controversial person to have ever led Nigeria since independence. He turns 80 next week, August 17. Ahead of that birthday, he granted an interview to Arise TV, aired on Friday, August 6, which has understandably generated considerable interest.

It has been a while since Nigerians heard directly from IBB. More recent stories about him focussed on speculations about the state of his health. Given the controversial nature of his place in Nigerian history, many also obviously waited for that interview out of curiousity.

There have been reactions from different quarters. The most telling reaction for me was someone making the remark that she was pleasantly surprised that IBB is still alive. I was shocked.

She added that no other Nigerian President has been more abused by Nigerians, and if curses could kill, IBB should have been long dead and forgotten. In the wake of the annulment of the 1993 presidential election by the Babangida junta, activists in the South-West rained curses on IBB. Old women stripped themselves naked, based on the general cultural belief that if an old woman curses anyone with her exposed chest, such a person is doomed for life.

Hurriedly-made wooden coffins were paraded on the streets of Lagos, and mock funerals were conducted. IBB’s offence was his annulment of the 1993 presidential election. The lady remarked that her only take-away from the Babangida interview is how God has a way of preserving the wicked.

That is the kind of man IBB is. He evokes extreme passions of opposite varieties, with near-equal intensity. For me, the very idea of the interview alone was useful. Getting IBB to talk at all was an achievement for Arise TV, and a special career moment for Ngozi Alaegbu, the anchor.

At 80, IBB has aged quite well. His faculties remain sharp. He was articulate, and witty as ever. His responses showed maturity and diplomacy, but a closer interrogation reveals that he is still the same foxy manipulator of public perception. Nonetheless, there were parts of the interview that one could easily agree with and others that sounded rather fishy.

IBB was right to have complained about how the major problem with Nigeria today is the “tyranny of the elite”. Other countries are able to move forward and achieve more than their potentials, and inspire the people to greatness, because of a certain elite consensus in that direction and the impact of responsible leadership. But here in Nigeria, “there is a disconnect between leadership and followership”, as IBB argues.

The people do not trust their leaders. The leaders themselves do not care enough. IBB blames them for sowing the seeds of disunity in the country. What I did not hear him say is how he is one of the same leaders that he blames.

On the question of the economy, IBB expressed the view that there is too much control in running the economy and that there is need to open it up further. Perhaps he is right. Government tends to ruin every investment it manages by itself in the long run.

He says the Nigerian military is overstretched, and that for Nigeria to make any difference in the war against insecurity, our soldiers need to do more, believe in what they are fighting for, must be well-trained, well-led and well equipped. He also talked about inconsistency in government policies. Well, that didn’t start today. There are critics who would trace that inconsistency back to the Babangida era. On the state of the Nigerian economy, IBB says the fact that the economy has not collapsed is an indication that the government is working.

If the economy were to collapse, we would all be dead, the way we died a little when the Babangida administration introduced the Structural Adjustment Programme (SAP) in the mid-80s. It was also interesting to see the senior citizen defending the supremacy of the rule of law, when he said “nobody should disobey lawful orders in a democracy.” But should anyone do so at all, at any time? Under the Babangida junta, the courts were routinely disobeyed.

IBB is now a democrat defending the rule of law!    The more common-sensical aspects of his interview should be easier for many Nigerians to deal with, but there were a few controversial points made by the retired General, and elder statesman, which have set the tone for public discourse in the last few days. He does not consider zoning or rotational presidency a good idea, rather he defends merit and competence, and that the democratic process must produce a candidate of merit, regardless of where such a candidate comes from.

The problem with this is that there are Nigerians whose geographical zone in the country has never produced a Nigerian Head of State since the return to democracy in 1999. They want the presidency zoned to their area also, in line with Sections 14(3) and 14(4) of the 1999 Constitution, to ensure a sense of common ownership and to allay fears of marginalisation. Is IBB aware of the conversation around this? Is he aware of the Igbo agitation for the presidency? Or the position of the 17 Southern governors who have specifically demanded that the presidency of Nigeria must be zoned to the South in 2023?

The future of Nigeria depends, in part, on how the matter of common rights under the law is resolved democratically and not through the mechanism of the tyranny of a minority elite.  He thinks that a “one-party state” cannot happen in Nigeria because Nigerians “will not allow it to happen”. Fact-check: the country is already drifting towards a one-party state system, with the gale of defections from other political parties into the ruling All Progressives Congress, and the looming implosion within the major opposition party, the Peoples Democratic Party (PDP).

The relevance of the two-party system that IBB recommends as the best option for the country is belied by the crisis in the country’s two major political parties. The view that the various other political parties do not really matter contradicts his other views about the need to practice democracy the way it is done elsewhere.

In the United States, two political parties may be dominant but there are so many other political parties representing the views and beliefs of others, including minority groups and it is the existence of such pluralism and diversity that democracy is all about.  We should understand where General IBB is coming from.

He was the architect of a political system that limited Nigeria’s democracy to two political parties: the Social Democratic Party (SDP) and the National Republican Convention (NRC), but that experiment failed because the reduction of Nigeria’s political system to a vague synecdoche: “a little to the left and a little to the right” made it possible for the military and civilian elite to manipulate and violate the people’s will in the ’90s. Nigeria is yet to recover from this.

General IBB struggled to use the interview to defend his legacy and rewrite history, and he made quite a spirited effort in that direction. His repeated references to the importance of democratic rule and the supremacy of the rule of law are at best ironic and revisionist.

He tells us that the Structural Adjustment Programme (SAP) of 1986 was a sound economic policy and that his administration has been proven right. When his attention was drawn to how SAP created problems for the country, his quick response was that “other people took advantage of what we did.” SAP was the beginning of our economic woes and the root of other ills in the Nigerian society. After the introduction of SAP, which was meant to be a life-saving economic policy, Nigeria began a journey towards the precipice.

The first major fuel price increase in Nigeria was under SAP in 1988. Three decades later, IBB speaks of SAP so proudly. He can do so because Nigerians tend to forget so easily. We are so tied to the present, and so troubled, that memory is a burden. But anyone who lived through the period of the 80s should not forget the SAP riots of 1989.

The many, including students and unionist who were murdered in cold blood. The collapse of the education system, and the gradual impoverishment of Nigerians. By the time IBB decided “to step aside” in 1993, Nigeria was no better than an accident victim on life support, with broken limbs.