I Will Discharge My Duties Creditably As Chief Whip – Ibida

Ibida who recently emerged as the new Chief Whip of the 7th Assembly following the resignation of the former, Honourable Lawrence Ezeudu, member representing Dunukofia State Constituency, assured that he would carry out his assignments to the best of his ability. 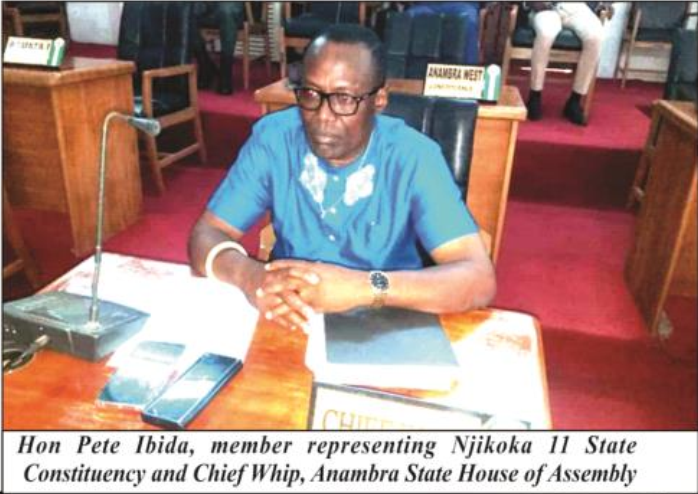 It will be recalled that the Speaker of the House, Right Honourable Uche Okafor, recently at the Plenary, presented Hon Ibida as the new Chief Whip of the House. Rt. Hon Okafor, while presenting Ibida, explained that the legislator was nominated from members of the majority party in the House, which is the All Progressives Grand Alliance, APGA, in line with the Standing Rules of the House.

The Chief Whip, Sir Ibida, thanked his colleagues in the All Progressives Grand Alliance for finding him worthy to serve.

In his speech, the Majority Leader, Dr. Nnamdi Okafor, expressed optimism that Sir Pete Ibida would live up to expectations, assuring that the House would give him all the necessary support to discharge his duties effectively and efficiently.