A priest of the Catholic Diocese of Awka, Chaplain to the Government Lodge Chaplaincy, and Public Relations Officer of the Diocese, Rev Fr Dr Patrick Chinenye Okafor, has described Priestly Silver Jubilee Anniversary as a journey of no regrets, adding that he will be a Catholic priest in his next life. 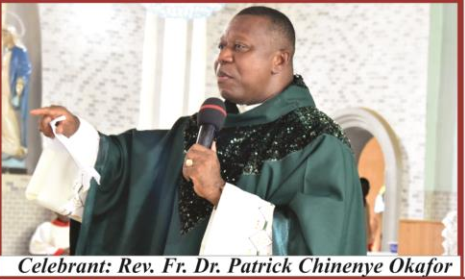 In an interview with Fides, Fr Okafor noted that his desire was to do the will of God as captured in John 4:34, stressing that priesthood was a rare gift to humanity.

‘A priest has the duty to lead, teach, and sanctify the people of God. He is also prophet and a king; to be a mediator between God and man,’ the celebrant said.

Ordained on August 17, 1996, for the Catholic Diocese of Awka by the late Bishop Simon A. Okafor, Fr. Okafor has served in many parishes, institutions, chaplaincies and among lay organizations, besides his hobbies of reading, meditation and teaching.

As a part of his priestly duties, he founded the Keep Hope Alive Charity Foundation (KHACF), an organization set aside to inspire, encourage and support Nigerian students in their pursuit of meaningful education through academic consultation and grant of scholarship. 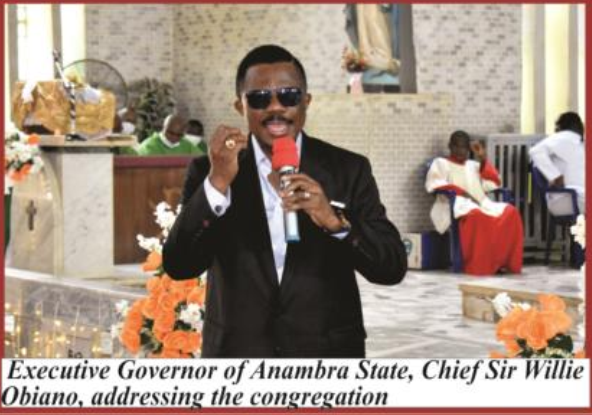 Fr. Okafor, who was born a twin at the peak of the Nigerian Civil way, is the fifth of the seven children of the late Chief Christopher and Theresa Okafor. He expressed gratitude for the graces and mercies of God while he promised that in the next phase of his priestly journey, he would pay greater attention to mentoring the youth for a better society.

He also prayed God to endow him with the grace and wisdom that would enable him to be a better priest for the Church and the people of God.

In his remarks at the Eucharistic Mass, the Governor of Anambra State, Chief Sir Willie Obiano, who described the celebrant as a humble and disciplined priest, commended him on what he described as his wonderful disposition to the Catholic priesthood. He added that the celebrant was a priest who loved the priesthood and was willing to work at all times.

While thanking God for restoring the health of Fr Okafor, Gov Obiano admonished everyone to participate actively in the forthcoming Anambra guber election