While some people engage in farming either to make a living or to fend for themselves and their families, a priest of the Catholic Diocese of Ekwulobia (CADEK), Rev Fr Philip Uche Okoye, took up yam farming as a hobby in order to feed the aged and the sick in society.

Rev Fr Okoye, fondly known as Diji due to his many feats in yam farming, stated this when he harvested his first set of yam tubers for 2021 at St Michael’s Parish, Nanka, Orumba North LGA, Anambra State, last Monday, July 26. 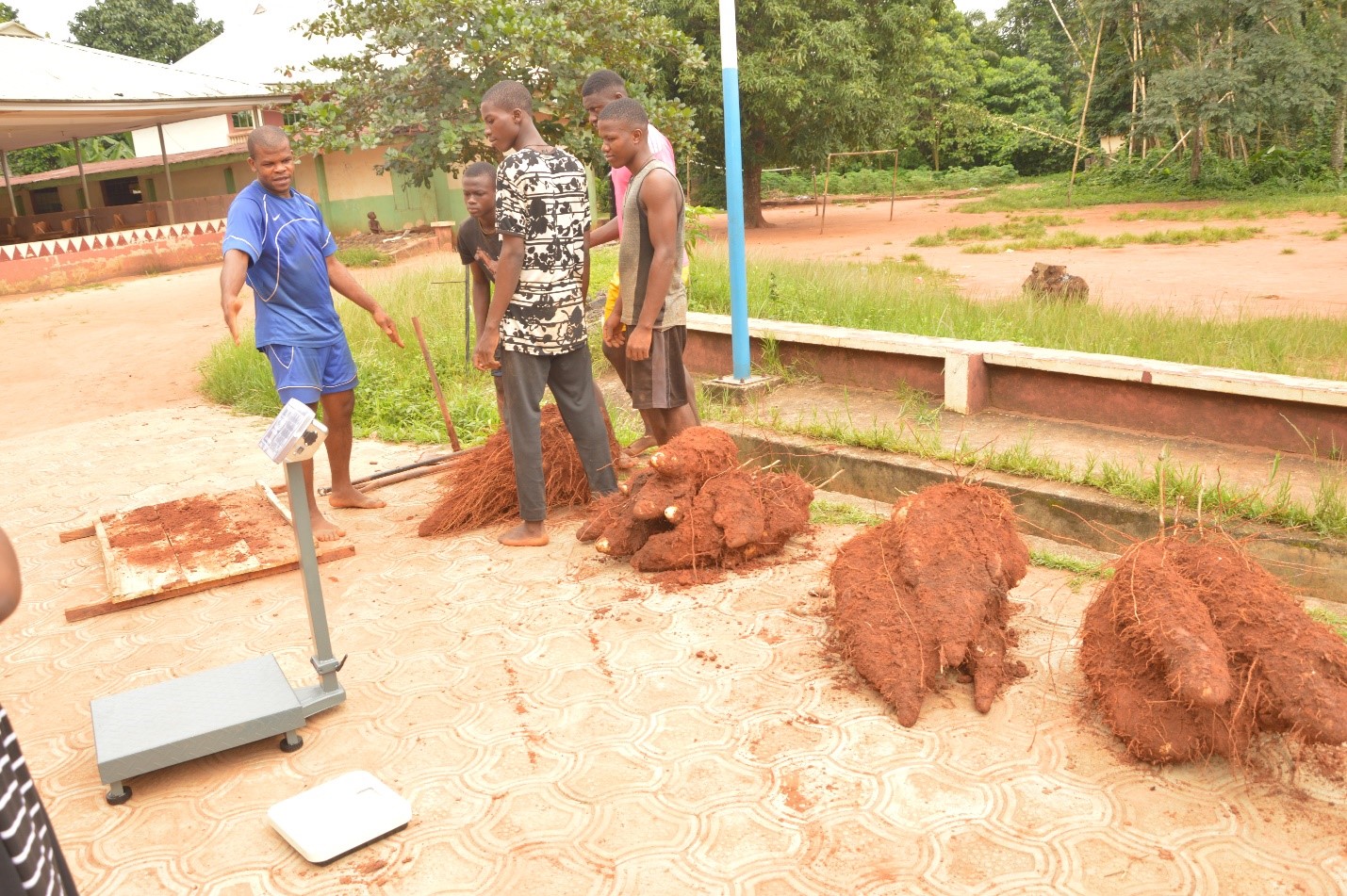 Fides gathered that the yam tubers which were each carried by four men, weighed 84.9kg, 79.5kg, 78.5kg and 72.5kg, respectively. The tubers were said to be among the smallest sizes ever harvested by the priest. He had in 2020, harvested tubers of yam that each weighed over 150kg.

In an interview with Fides, Rev Okoye, who hails from Igboukwu, Aguata LGA and currently working at St Michael’s Parish, Agbiligba, Nanka, said he learnt farming from his parents and that he started from a very young age.

According to him, he started farm work which included digging of holes that were his size from four years of age. He explained that with what his parents who were yam farmers taught him and together with the basic knowledge of Agricultural Science he had at the secondary school level, he mastered the rudiments of farming.

The priest identified yam farming, which he described as his hobby, as one of the things he did with his free time.

On what motivated him to get into yam farming, Fr Okoye said his intention was to help in feeding the many hungry people, especially the aged and the sick, who could no longer fend for themselves.

‘I do not lack food because the Church takes care of me. But for the sake of those who do not have what to eat and who can no longer fend for themselves, I went into yam farming since I have the energy and know how to do it,’ he said. 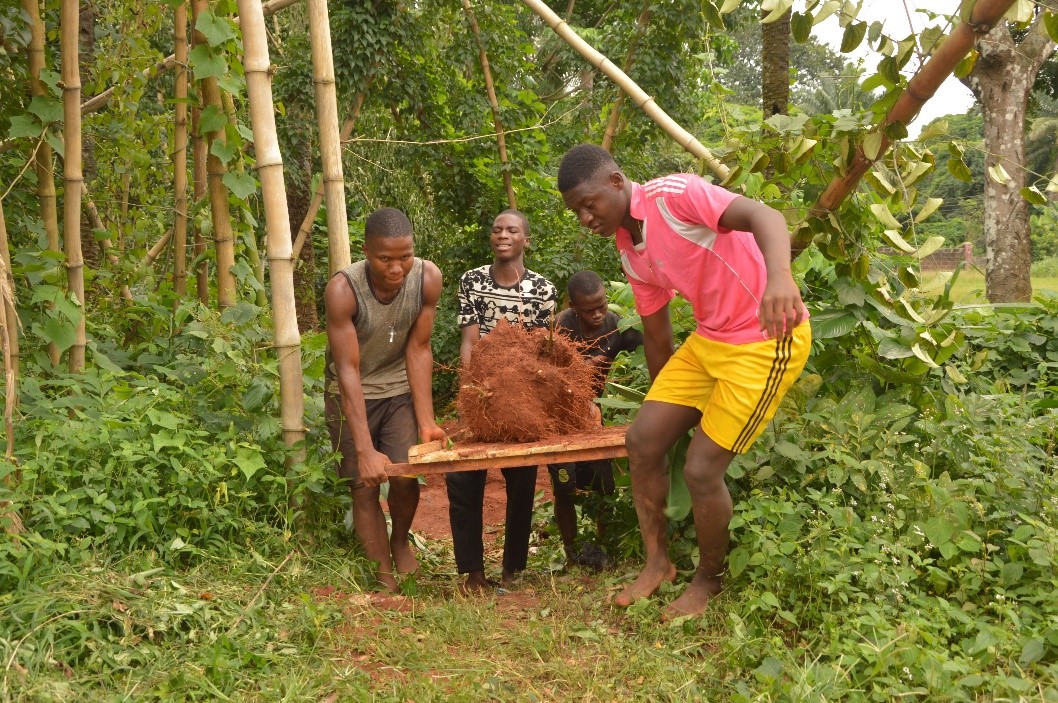 The four young boys that helped Fr Okoye in the harvest carrying a yam tuber that weighed 84.9kg out from the farm. The boys are some of the young farmers trained by the priest

Emphasizing that his interest was to feed the hungry, Rev Fr Okoye said he had harvested over 4000 tubers of yam and distributed the entire tubers to the aged, the sick and the needy who needed them the most.

According to him, he had been planting and harvesting yams which he shared to the beneficiaries since 2017 till date.

On how he had been able sustain the big yam farms financially, the priest said he had been investing the monetary gifts he received from people into the project.  This was even as he identified lack of permanent lands to farm on, and normal priestly locations, as the peculiar challenges.

He said he had never enjoyed farming on any portion of land twice. Instead, he said, those who gave him lands to farm on had often collected the same land for their own use after each harvest, while he spent more funds and resources to clear another bush for future cultivation.

Fr Okoye who said he did not intend to engage in yam farming for much younger, noted that he had at Holy Trinity Parish, Obeledu, where he previously worked, trained many young boys in the farming. He added that he had in 2020 before he left Obeledu, organized a competition for young farmers, with the best among them getting various cash rewards.

He expressed delight that some of the over one hundred boys who he had trained already had massive yam farms which could compete with his.  The priest stated that he trained the boys for them continue after him and even do better. 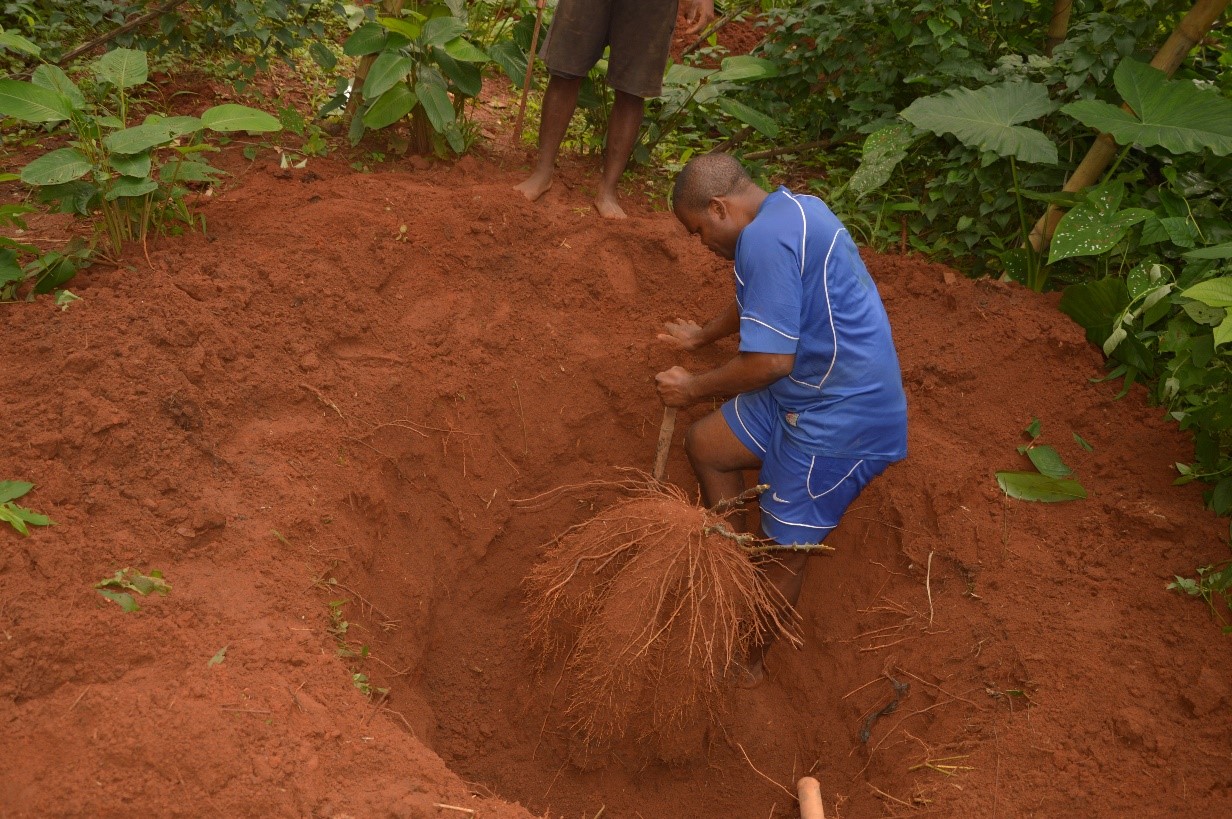 He explained that he carried out the work of planting, staking and weeding, himself, while he engaged the services of people, such as those he trained, to assist in the harvesting. The assistance, according to him, was necessary because the sizes of the tubers were too big for one person to harvest.

On how he had been able to go through the rigorous farm processes and still produced very big yam tubers, Rev Fr Okoye explained that he communicated with the yams in a way they understood, gave them manure when necessary and staked them properly.