….a story of patience and resilience

Let us meet him.

Thank you. I considered this as a privilege and an honour. Having said that, I am Rev. Fr. Theodore Ekwem. My Igbo name is Chukwuedozie. It has always been a silenced name for a long period of time. In fact, throughout my academic (Basic Education and High School), it has always been silenced but I felt the name should not be silenced any longer. So, these days I love to also mention that. 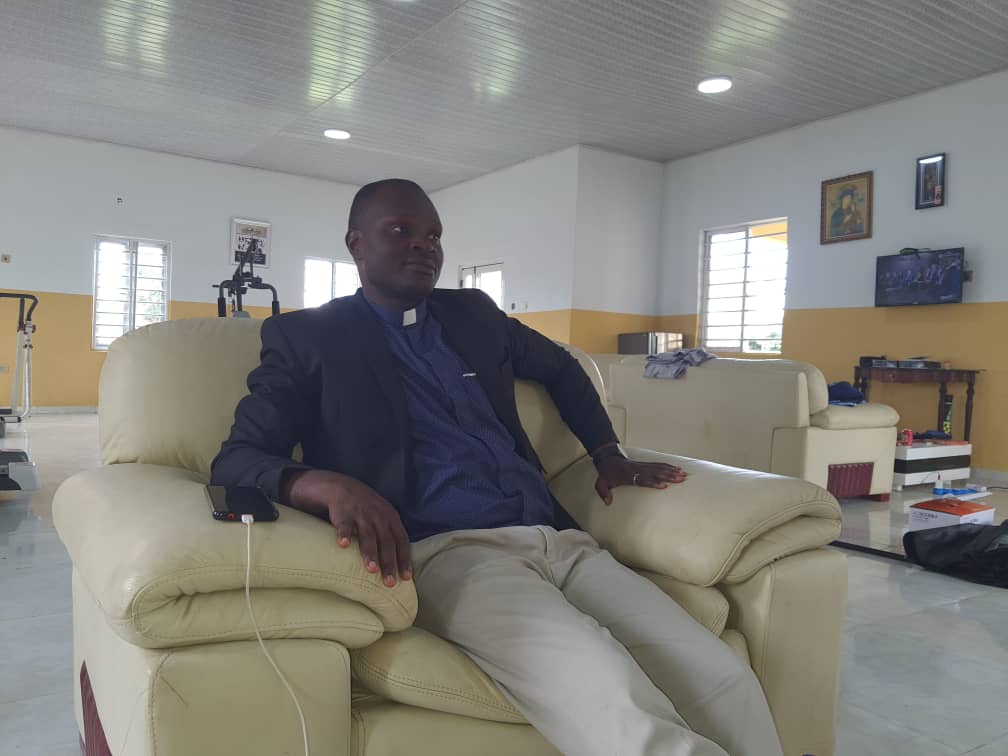 So, I’m Theodore Chukwuedozie Ekwem, a Catholic Priest, presently of Ekwulobia Diocese. I am from Owerre Ezukala in Orumba South Local Government Area of Anambra State. My parents are Mr Alphonsus and Mrs Grace Ekwem. We are of six children born of our parents; I am the fifth. So, I have three men and a lady ahead of me.  I’m the fifth in the family.

Growing up, I was born and bred in Enugu. The creation of Anambra State had us, being children of civil servants, saw us with no option but to relocate, and we had to relocate alongside our parents. Of course we had no option. If we had had an option, we wouldn’t have dare coming to Awka. There was nothing to compare with Awka and Enugu then, and the two worlds were definitely apart. But we came to Awka at the creation of the State in 1991.

I did my primary school at Housing Estate Primary School Abakpa-Nike, Enugu State. I cannot remember my kindergarten. Just call it: Ntaakara. That was what we called it then. Those days you just gather people in one building and we flow. 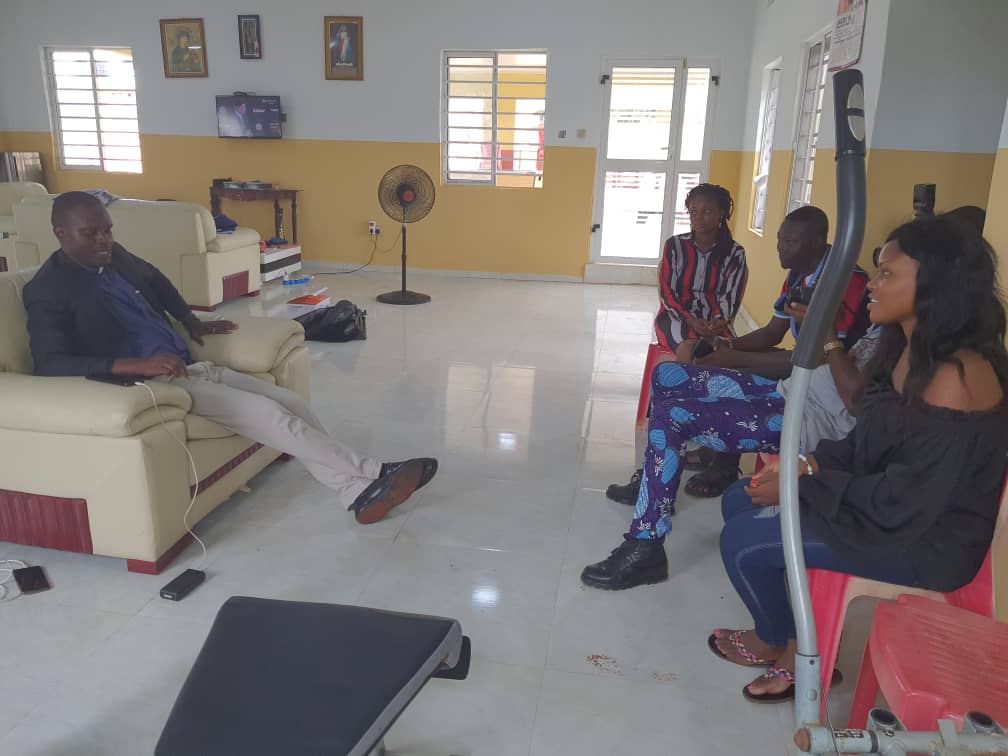 Then, secondary education. First phase: JSS 1-3 at Sacred Heart Seminary Nsude, Udi Local Government Area of Enugu State. With the creation of state and having relocated to Awka, after my junior WAEC (what is now call BECE) my parents thought about trying to get a place, a seminary, if I could be able to be transfer to a seminary that is closer to them or where we resided.

Because those days, I was the only one who travelled from Awka to Nsude. And shuttling from Nsude to Awka – where his parents lived at his age at that time was challenging for him. The parents had to look for alternatives. The need to transfer him to another seminary school in Awka was imminent. That took him to St. John Bosco Seminary School, Isuaniocha under the rectorship of the then very Rev. Fr. Jeremiah Ikegbusi (now a Monsignor).

His Senior School Certificate Examination was in 1997. ‘After my WAEC, my journey of self-discovery began,’ the priest disclosed.

For him, a lot of things played out during the time. First, were his parents who advised him to enroll for a GCE examination after having written his WAEC.

He paid deaf ears to their admonition; not because he was afraid to sit for the exams, but because he was so confident that he will come out excellently in his WAEC. “Till today, I have learnt to listen to the wise advice of elders. 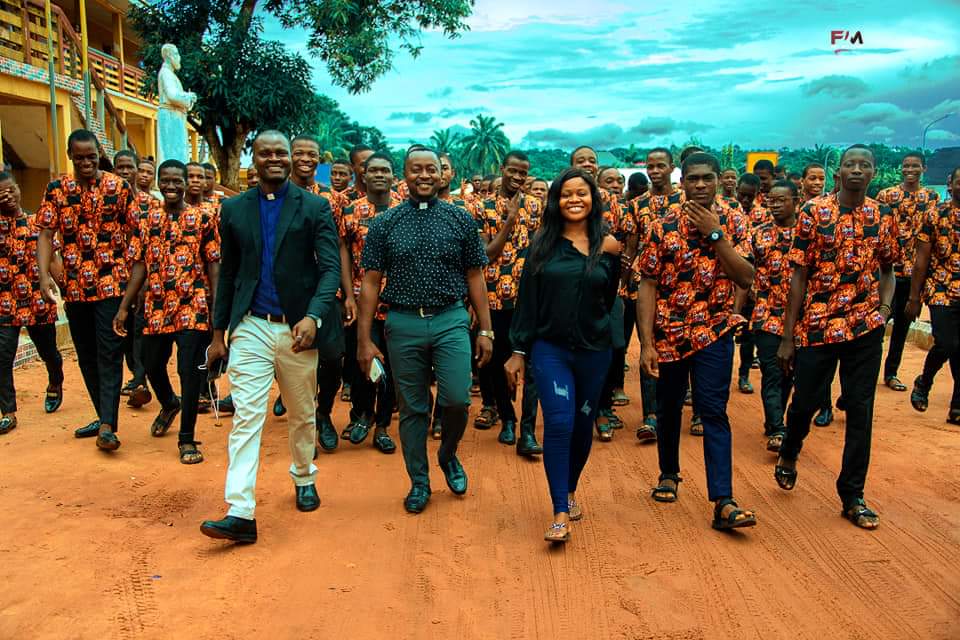 There was one I ignored that is still haunting me till today. After my WAEC, my father advised me to register for GCE I refused not because I’m afraid of exams. His father’s concern was on mathematic: ‘you have not always been good with mathematics, why not take GCE,’ the father exhorted. He was persistent because he was too sure he wrote his WAEC so well to not fail.

For him, there was no need for the father to waste money for another exams. He was so sure that he was going to get a credit in mathematics. When the result was released, I did not do well in mathematics. Since then, I have not taken out time to sit for another WAEC to redeem it.

Sometimes when I see the result, and look at mathematics, I will somehow feel that the good side was that it became a lesson I learnt growing up and certainly would not have to make such mistakes again. This is why it is good to listen to wise counsels when they come your way and pick up something.

After his WAEC, the journey to the priesthood continued.  The first experience of his journey was his apostolic work at Immaculate Heart Parish, Uga, Aguata Local Government Area of Anambra State, with Msgr Raphael Anasiudu, the late Fr. Peter Akogu, and the vicar, Rev. Fr Joseph Okono.

He had, at Uga, one of his best experiences. At the parish, for the first time, he was saddled with a lot of experiences that he thought not every junior seminarian had such. His training at Nsude – where he used to journey from Awka to Nsude and Nsude to Awka alone helped him to manage a parish at Uga as a seminarian.  As a junior seminarian I was incharge of the parish for about a month.

We had an ugly experience, men of the under-world came. Before it was our turn – they were taking turn those days – they had gone to Achina and, in the process, shut a priest (Fr. Godfrey Nwankwo) dead. Achina and Uga are both in Aguata Local Government. One fateful day, we were there and heard sporadic gunshots; before I knew it the armed robbers besieged the Fathers’ rectory.

They took their time.  Personally, I fled, scaled the fence, got injured in the process with scratches. However, I ran to where I didn’t know. It was the only thing I could do at the moment; it was a ‘run for your life situation’. So, I did that. The next morning, I found myself  under a big tree.

But the priests had their scars from the  incident. Msgr Anasiudu (now late) came out, dressed himself like a priest who was about to celebrate mass. They did not shoot; they did not kill any of the priests. They ransacked the rectory and made a way with the properties and money they could.

But in the process, the vicar sustained heavy injury that made him to spend almost three months in the hospital. Msgr Anasiudu was traumatized.

He was traumatized to the extent that he had to move to our Lady of Fatima, Igboukwu and to a hospital at Awka. The priests in those days had to be cautious.

“Within that space of time, with no formal handover or introduction or formal learning, I found myself running the parish”. There was no mobile phone. So, every morning, people of God would gather for morning Mass. So, I found myself shuttling with bicycle sometimes with okada, going to priests to come and celebrate Mass for us.

They would tell me: ‘okay, semi, don’t worry, we will come.’ Fr Ignatius Onwuatuegwu was then the vicar at St. Peter’s Uga. When I met him, he accepted that he would be coming. He understood the situation. Other priests took turns; and when they come, I would be the one to receive them, tell them more about the parish and in the evening, I will have the evening instruction.

I found myself teaching the people of God and having catechism classes. I take my time to prepare the topic. These things just happened, and I found myself standing before the parishioners. Msgr Anasiudu was so impressed. “Sometimes leadership call will just dawn on you and you will have no choice but to take up the challenge.

Before the Monsignor could get back from the hospital, someone had to stand in for the church. We did just that”. On Sundays after the Mass, I would count the collection, get the bank details from Monsignor, go the bank and lodge the money. Then I would take back the bank teller to him. That was the routine for about a month.

At the end of the day, I was also asked to repeat this apostolic work. I didn’t scale through in the first instance.

Nobody knows why because the results were out. When the list of candidates for spiritual year was shortlisted, Monsignor called me. He said he did not know what happened but promised to meet them to find out what the problem was.

His response gave me a hope that I have a Monsignor who will speak for me. Unfortunately, after about three days he came back to tell me “nsogbu adiro, hapuya, oga-adicha mma. I mechaa ya ozo, nsogbu adiro’ (‘there is no problem. Leave it that way. It will be okay. You’ve to do it again, no problems).  I felt so bad. It was hard for me to take, but those were the lessons you learn about disappointments.

After the experience, I also see God writing in crooked ways. God’s ways are not always our ways. The interpretation of God’s hand writing is not for everybody. History will keep on interpreting that for you. When I was now to repeat, I was posted to St. Paul’s Parish, Achalla. That experience was crucial in my life. I will tell you.

How important was Achalla to your life?

I grew up in Enugu. Enugu was the capital of old Eastern region. Enugu was structurally planned. During our younger age as primary school students, we looked up to 1st October, places to go, the zoo, stadium, Polo park (where we now have Shoprite). So, you have recreational centres where one felt at home.

Then coming to Awka, there was absence of all of these. With the lifestyle of an Enugu brought up boy, I passed through seminary, found myself for apostolic work at Uga. At Uga, the things I was taught as liturgy in the minor seminary were the things I applied in my work there..

I had no problem doing them. But when I was posted to work at Achalla, I came to realize that these issues (liturgical activities) were secondary to the life of a seminarian. I was just in charge of the sacristy, the altar boys, wash fathers’ car. These were the basic things that were expected.