I saw myself running a parish as a junior seminarian for about a month..Fr Theodore Ekwem

….a story of patience and resilience (contd. from last edition)
We bring to your read the last in the series on Fr Theodore Ekwem.

For Father Theodore Ekwem, priestly journey is a very challenging one. Even after he survived quitting after his harrowing experience at Achalla, when he was asked to repeat apostolic work.

He also faced the challenge of his family, especially his immediate elder sister’s counsel (his elder sister is a medical doctor who had wanted him to quit so he could further pursue his ambition of becoming a lawyer) counsel, who  His mother too, after seeing his state of health at the hospital,  Regina Caeli Awka, wanted him to quit, because at Achalla he was already lanky and looking stressed out. 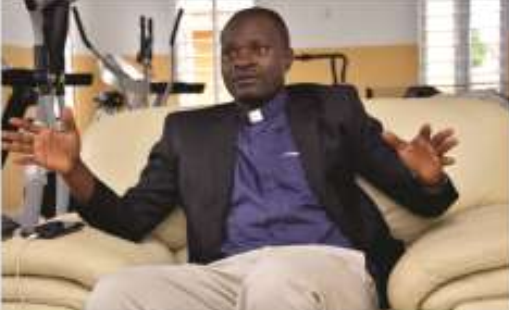 But, his father, who also was there, being a man, gave him the courage by asking if he would still want to be a priest. He nodded in affirmation. That gave him a major push to continue.

Fr. Ekwemalso considered quitting at his philosophy 3 at Pope John Paul II Major Seminary, Awka: this was only motivated by the advent of the mobile phone and internet conversations at that time. Some of his colleagues left, he also thought of living but, he swindled the thought away.

At Pope John Paul II, he was also giving a number of tasks that helped reshape him as he explored the sporting area so much so that he was the game prefect that took his colleague to seminary games. That also aided him to take some initiatives. ‘At Pope John Paul II, I was giving number of assignment that shaped me,

I was the games prefect when we went for the 2012 Major Seminary games, which made me took basic initiatives that I never knew I could, grading the school field for the first time without the seminary giving me money. With the help of my dad, I was able to meet the commissioner for works then, Hon. Ben Nwankwo, who lent us a tractor.’

Some of the functions he had; like being a Compere, in charge of the kitchen and other responsibilities kept him focused not to quit at philosophy 3. 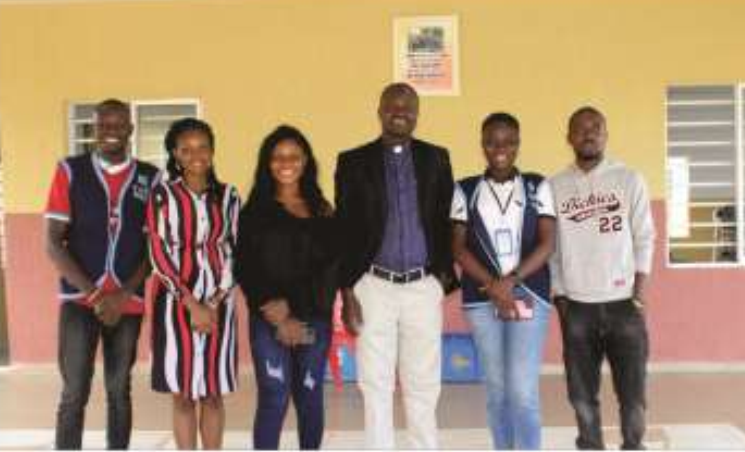 The priest also battled quitting at his theology 1 at Tansi Major Seminary, Onitsha. He had already made first class in his philosophy, has an elder brother who was also close to becoming a priest, his previous challenging experiences  and other factors moduled up his thoughts of quitting. His saviour at the time was his Dean of student’s affairs, Rev. Fr Bartholomew Uba, his spiritual director, Rev. Fr Paulmary Chukwukebe; his obedience to the counsel of his spiritual Director of praying the novena – Novena of our Lady of Perpetual Help, coupled with spiritual books he got from Isiagu, according to him, made him steadfast in the pursuit of his priestly pilgrimage.

‘I think I should say this, not just for all the youths, but for those who are interested in becoming priest: to seek wise counsels and be close to God in prayers’. Something happened, when he was at Isiagu at the Nazareth Formation Centre. “I photocopied a number of books, one Brother Joseph always gave books to photocopy. As I was making the photocopy, I also photocopied for myself but I never read them during the daunting period”.

It was later when he started reading about some of these authors that came the turning point: joy came especially when he was in the chapel. And he found it difficult to leave the chapel. It was in one of those visits to the chapel that he encountered there, at night, one of his lecturers.

“It was in the night, I didn’t he was there because there was no light; it was only the tabernacle light that was on. It was when I wanted to read out something, I put on the light, when I saw, I switched it back off.’ For him, seeing the lecturer kneeling in prayer was another motivation for him to push on.

The administrator priest believes forming seminarians is not just a question of intelligence. He believes that character molding is essential. The priest believes seminarian copies more of what their formators do than what they preach. The act of the lecturer, gave him more reasons to visit the chapel frequently. This made his though of quitting fade away.

Diaconate, priestly ordination and the journey so far as a priest

He saw his diaconate ordination as the peak of it all. His diaconate which was held on December 18, 2008 by Cardinal Arinze, was more memorable than the priestly ordination. Why? “When I became ordained as a deacon, I said: “God, in spite of everything, could still find me worthy to be ordained a deacon”’. For him, it was as if with the deaconate, the priestly ordination was almost guaranteed. It was also for him a moment of sober reflection on the journey that lay ahead.

After his ordination, on August 21, 2009, Fr. Ekwem had first relief duty at his home town, St. Patrick’s Catholic Church Owerre Ezukala, before his first posting. His first posting was at UNIZIK chaplaincy – St. Joseph the Worker, as vicar. After two years of working with the chaplaincy, he was posted to work at the School of Midwifery in St. Joseph Hospital Adazi-Nnukwu.

Working in Bubendorff Memorial Grammar School and its challenges

He was posted to B.M.G. S (Bubendorff Memorial Grammar School) to continue his work on impacting the youths. On 23rd April, 2013, his assignment to work in the School as Manager in the interim began, pending its confirmation in October 2013.

Working in BMGS was a big challenge. It was just handed over to the Mission by the Anambra State government. With little infrastructure and paltry students enrolment

Putting BMGS in an enviable height and overcoming challenges

Fr Ekwem began to work with his team. They chose as an intercessory saint, John Paul II who was known for his love for, and dedication to, youths. Family members, friends, priests, some members of the community and old boys showed interest in helping him develop the school.

Human development: Their greatest achievement lies in restructuring the human mind and increasing human growth and character molding of students.

About youths in general: positive engagement of youths. Many have been drawn out of drugs and other forms of negative peer influence and social vices into engaging in noble initiatives like sports and other meaningful and productive life styles.

In terms of infrastructures: Rev. Fr. Theodore Ekwem has built a fitness Centre in honour of one of his great donors and friend of the School, Mr Emeka Nwankwu – he was a major benefactor. It is in that regard that he was immortalized by building the fitness centre in his honor.

Academic and other curricula: Currently, Bubendorff Memorial Grammar School has attained an enviable height and is one of the top secondary schools in Anambra State with a rising population of more than 3,000 students with over 1,000 in boarding. It is one of the most sought-after schools now in Anambra State for young boys’ formation.

In all of these, the priest also gives credit to some of the old boys: Sir Victor Umeh, Chief B.O.B. Ugonabo, Engr Theo Ezekwe, Sir Willie Nwokoye, Chief Sam Onyeishi (Peace Mass Transit) and others. Special friends and benefactors of the school include: Late Hon Emeka Nwankwu, Sir Patrick Ubajiaka and many others. These people put in their resources for the good and development of the school.