I Quit Goalkeeping Because I Was too Short –Nollywood Actor

Ikem Nwabugwu, a Nollywood actor and writer, as well as CEO, Kemdek Consults Ltd, talks about his love for Chelsea, Mourinho and Nigerian football in this interview.

I love to watch football and I’m a big fan of Chelsea.

How long have you been supporting Chelsea?

I’ve been supporting the club for a very long time; let’s say a decade or two.

What sparked your love for Chelsea?

Well, I think I started liking them when they started buying some Nigerian players. My likeness for the club started when they signed Celestine Babayaro back then, and ever since I’ve been following them.

Firstly, the love for Babayaro, a Nigerian, and then Mikel Obi joined the club and I got stuck. And you know a large number of Africans just kept coming, we had the likes of Didier Drogba, and other Africans as well. There was always a reason to stay back.

Who do you think is Chelsea’s best coach ever?

For me and many others, I think the best coach Chelsea ever hired was Jose Mourinho.

The Blues finished the season without a trophy. How do you feel?

It was very painful, I think the absence of Liverpool’s Mohammed Salah and Sadio Mane (for the 2021 AFCON) was a big opportunity for Chelsea to move up the table but all we were lacking was Eduard Mendy, who went to the AFCON as well in January. That’s all we needed to climb the ladder, but as they all came back, Liverpool upped their game and I think Chelsea got too confident. While Liverpool were struggling to get themselves in the absence of their key players, Chelsea were comfortable at the top and they lost it and Manchester City took over. That’s when they should have held on tight.

Do you think Chelsea should have knocked Real Madrid out of the Champions League after taking the lead in Spain?

You know football, you can never say. You always feel that your side might be able to recover from it. If you check Liverpool’s last matches, they were all comeback wins, they conceded goals first. At a point, we all thought they were going to lose but they came back from all of them, so you can never say what will happen but we always expect our teams to bounce back. In the case of Chelsea, it didn’t happen, so it’s unfortunate.

Do you see Chelsea coming back stronger next season? 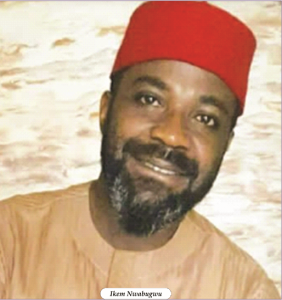 A lot of changes have to be made. We have to pick up a few top players and drop a few, maybe try to get another coach. I’m not really happy with how the coach didn’t maintain our top position at a point, when he was holding on to it. Other clubs were deficient, especially Liverpool, who didn’t have three of their star players, if you include Naby Keita.

We should have secured enough points then to hold on to the Premier League but we didn’t. So, all these things have to be looked into. There is nothing impossible. Chelsea have won the Champions League, they’ve won the Premier League, so we can do it again. We just need the right players, the right coach, and the right frame of mind.

So, you don’t think Thomas Tuchel isn’t the right man for the Chelsea job?

Right now, considering the outcome of what happened last season, no, I don’t think so.

Nigeria will not be part of the 2022 World Cup in Qatar, how does that make you feel?

Is it not the Nigerian factor? We never expect too much from our national team. We hope something happens but we always ‘hold cold water’ in case it doesn’t happen so we can drink it and get over with it. Our national team has been very disappointing with all the star players we have and the great expectations from the fans. It’s disheartening and it’s always the Nigerian factor.

I don’t blame these boys if they don’t give it their all, really. If they’re playing for the national team and break their legs, they’ll have to take care of themselves. They (Nigeria) won’t even consider treating the person and these guys are making millions of dollars from the clubs they are in. They have insurance, financial security, and all that.

To come and represent the country, get hurt, and not even be taken care of is not something that’s encouraging at all. Look at Victor Osimhen who Napoli paid millions of dollars to treat. Why will they release him for the AFCON? They know if he gets hurt, Nigeria won’t release that kind of money to treat him.

Do you support any club in Nigeria?

I barely know football clubs in Nigeria now. I grew up in Enugu, so Rangers used to be my club during the days of Austin Okocha. That was a long time ago. Our league is not doing well, it can’t compete with any other league anywhere in the world. Even our own people and Nigerian media are not even talking about the league. The English League is actually being blown by the English media, so if our media puts more effort into our league and there’s money pumped into it, I think maybe even Nigerians might start to look into it.

In the 80s and early 90s, parents don’t allow their kids to play football but now, things have changed, what do you think is responsible for that?

The awareness of what is going on in the world played a major role in this. Back in those days, football used to be seen as playing too much. That was when being a medical doctor, an engineer, a lawyer was the order of the day. That was what our parents saw as being successful.

You can’t count how many footballers then that really could feed well. So, let’s say there was really nothing to look forward to. There were not many Nigerian footballers that were abroad then. Even those abroad were not properly paid because of the African factor, but you can see that right now African players are multi-millionaires. I would allow my child to play ball now, then I would not have.

Did your parents stop you from playing football?

I actually could play football, but I wasn’t good enough to go far. I played for my school team and when I couldn’t get full time, I became a goalkeeper, but I was too short, so I left the team. Football was never really my career choice, for me, it was all fun.

So there was no form of civil disobedience while growing up?

Of course, there was. We jumped fences and went clubing, but not to play football. Football was never really my passion; it wouldn’t make me go out of my way.

Who will you refer to as the greatest footballer to have played for Nigeria?

It’s definitely Austin Okocha. For me, he is the greatest footballer that was never acknowledged. He is the best of the best.

But Okocha never won the African Footballer of The Year award…

The African factor played a major role. That year Nigeria played at the final of the AFCON against Cameroon and I remember the competition for the award was between Okocha and Samuel Eto’o and both of them scored in the final but the award was given to Eto’o. It was a shocker. Everyone believed that was Okocha’s year. It’s ridiculous that he never won the African Footballer of The Year considering he should have even been in contention for World Footballer of The Year. That was daylight robbery.

Nwankwo Kanu is the last Nigerian to win the award. Do you think Nigeria can break that jinx soon?

The level of African football is very high. Before we talk about a Nigerian winning it, we have to finish dealing with Salah and Mane because I think the best we have coming out of Nigeria now are Osimhen and Joe Aribo, we don’t have too much to look up to right now.

I had very high hopes for Alex Iwobi, I thought he was going to keep getting better and better at Arsenal but it didn’t happen. Right now, I don’t really think we have what it takes unless something comes up soon. But let’s see what happens after Salah and Mane retire, then we’ll start talking about it.