I Have a Divine Mandate to Help the Poor–Romanus Okoli

…Promises to Conduct LG Polls within One Year

A gubernatorial aspirant on the platform of the ruling All Progressives Grand Alliance, APGA, in Anambra State, Chief Rommy Okoli, says his decision to contest for the governorship election slated for November 6 this year in Anambra State is based on God’s command to him to be the governor of the poor.

Okoli who stated this at a media briefing in Awka, Tuesday, vowed that under his watch as governor, the cry of the poor would never again be forsaken.

‘I will wipe away the tears of Ndi Anambra who have suffered for so long,’ Okoli, former local government chairman of Nnewi South Council, stated.

He further explained that his ambition to be governor was in answer to what he termed a divine call to consolidate on the good work of the incumbent governor, Willie Obiano.’ 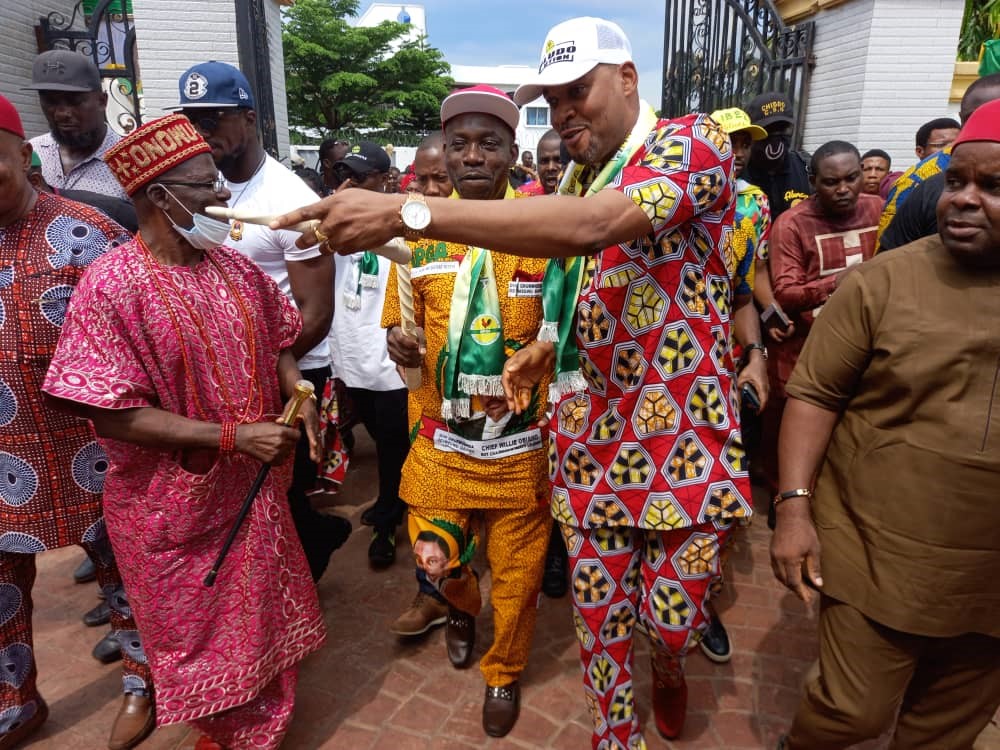 Hon Ifeanyi Ibezi, former Fed House member for Idemili North and South, 2nd right, welcomes Prof Charles Soludo, on his immediate right, at an event he hosted in his honour.

His words, ‘Beloved, remember that the naked need to be clothed and the afflicted need comfort. Think of the sick, the poor, the hungry, the motherless babies, orphans, widows, the less privileged and the hopeless. Show them love, mercy and do something good today for a better society.’

Okoli who described himself as the new face of humanity who would build a new Anambra State, said his government would focus, among other things, on roads; security; education; sustenance of the incumbent governor’s ”Choose-your-Project” Initiative; building of a master plan on markets, urban development and affordable housing and erosion control; employment and empowerment of youths, women and poverty alleviation; ICT; agriculture and sports.

He said that as a one-time local government chairman who appreciated the need for grassroots development, he would conduct local government elections a year into his administration; even as he promised to resolve all the litigations bedeviling the conduct of such elections.

‘Never again shall our common patrimony be vandalized and plundered by greedy and wicked politicians with huge appetite. I am mobilizing the masses to take over the power which actually belongs to them,’ Okoli stated.