I Fear No Opponent in APGA – Okolo

A governorship aspirant on the platform of the All Progressives Grand Alliance, APGA, Bar Damian Okolo, says he is ready to take on any opponent in his party ahead of their primaries. Okolo stated this last Tuesday in Nnewi during his meeting with the local government executive of the party.

Okolo, who said this in response to whether he entertained fears about the quality of his opponents in the party and on the belief that APGA had already chosen an anointed candidate, said democracy thrived on competition and that the more aspirants the party had, the better for it.

‘The more the merrier. This is a democracy. I fear no one. I have done enough to merit victory by going round to consult all,’ he said. 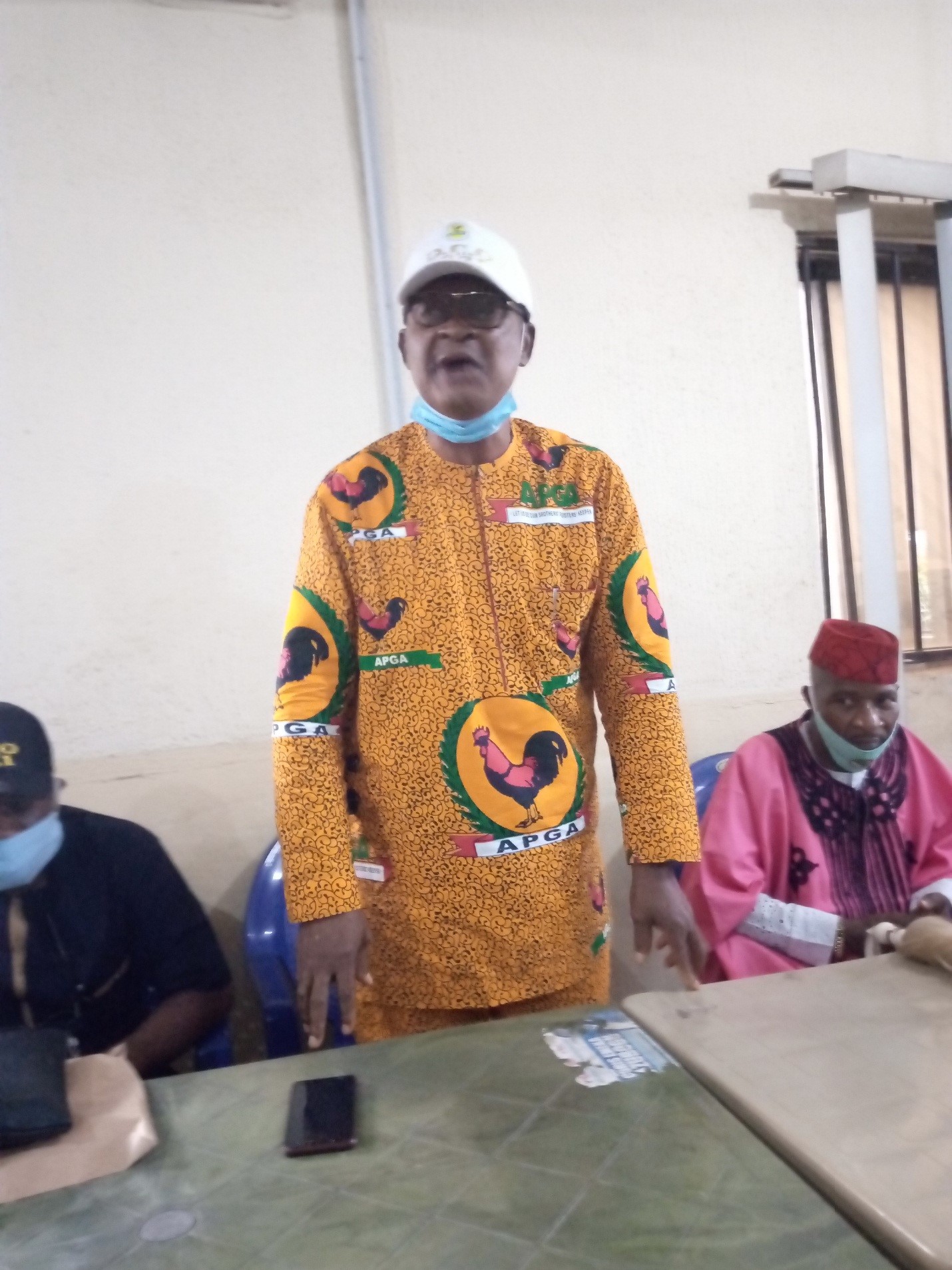 Bar Damian Okolo speaking to APGA officials in Nnewi during his visit to acquaint them with his guber ambition, Tuesday, March 9, 2021.

Okolo also welcomed the decision of the party to ban aspirants from declaring at the party headquarters, saying that the party’s decisions would always be respected, even though he had planned to declare at the party office in Awka last Wednesday.

He said he came to the local government office of APGA in Nnewi to seek their support so that together, they would move into government house in Awka.

Okolo said though the incumbent governor, Chief Willie Obiano, had done well, he aimed to do better and would ensure that Nnewi was restored to her pride of place in his government, which, he said, would accommodate everybody.

He said that Nnewi, which he said, was the home of many great personalities; including the party’s hero, Dim Odumegwu Ojukwu, deserved to be given an uplift in terms of infrastructural development.

He expressed gratitude to God for blessing him with the wisdom and grace to prosecute his project.

He was well received by party chieftains who assured him of their readiness to work with him, especially as he was the first man from Nnewi to meet with them.

The Nnewi North Local Government chairman of APGA, Mr Chike Agwuncha, thanked the aspirant for coming to see them and described him as experienced and well educated, as well as somebody who could uplift the area, having come from there. He assured him of the cooperation of the executive in his journey to government house, Awka.