I am tired; allow me to die

Human life is very precious. It is the primary value among all things. It has no duplicate. According to the creative narrative, God created man in his own image and likeness as male and female. Biologically speaking, human life begins at conception and ends at death. The human being is made up of body and soul. The body is material while the soul is spiritual. The body is bound to corruption at death. On the other hand, the soul is immortal. It derives its immortal nature from the Creator who is the perfect spirit and immortal. When the body separates from the soul at death, the soul goes into the world of immortality. Hence human life is changed at death and not ended. Only God has priority over life and death. Therefore we must preserve our lives and the lives of others at every moment. The choice of living or dying is not for us to determine. 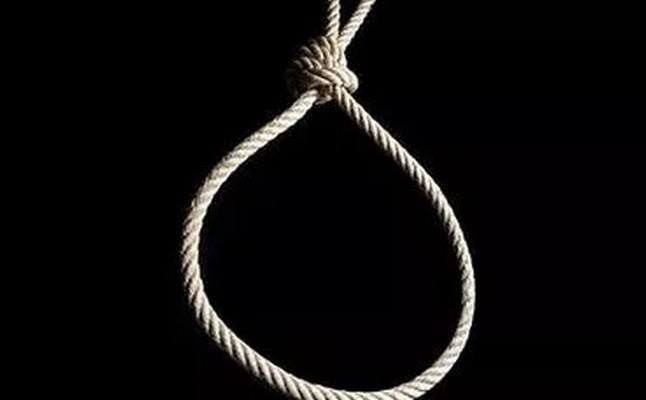 Few days ago, a Pentecostal pastor attempted suicide by hanging. He was tired of living due to the unbearable condition he found himself in. Fortunately for his family and unfortunately for him, some passersby came to his rescue before the rope on his neck could render him lifeless. The venue was somewhere in the City of Port Harcourt. It was on a tree beside a tarred road adjacent to his church. He was at the point of death when the rescuers untied the rope on his neck and brought him down. He was already unconscious. As a first aid, they poured a cold bucket of water all over his body. It worked miraculously within twenty seconds. He opened his eyes and was moping like a ghost. He was dressed in white shirt and white overall with a stripped red tire on his neck. Seeing the people around him including his wife and three children, he sighed and asserted, “I am tired. You people should allow me to die. Since 2000 that I opened my ministry, no members, only 15 members. God, you called me. I have fasted. I have prayed. I have done everything to make sure my church grows. I have gone for evangelism. I have gone for morning call. I have done everything so that my church will grow. My colleagues that we went to church school together, they’re doing well. Their church has grown. They’re travelling abroad while mine is not growing. I will host crusade, I will not even see money to settle the debts incurred. I have done everything. I cannot even pay my house rent.”

As he was struggling to end his life on that day, the people around didn’t allow him. His wife and children were crying. Later he was taken to an unknown destination for further resuscitation. He must be watched over at all times, because he may achieve his intention one day, somewhere and sometime. Morally speaking, an attempted suicide is considered done. If not for the rescuers, the story would have been different. If you have ever set your foot in a prison yard, whether as culprit or visitor, then you are a prisoner. No wonder it is no more called prison today in Nigeria but correctional center. Therefore, if you wish to do any correction, you have to go the correctional center.

The young despaired pastor confessed that he founded a church for over twenty –two years now and it refused to grow. In other words his church is suffering from dwarfism. He had only fifteen members. Probably they are either childless, bachelors or spinsters. He founded the church to make money and not to save souls. Therefore it is a business venture. There is a difference between the Church of God and the church of man. The former is divine while the latter is man-made. One charismatic Reverend Father Chinenye Oluoma stated categorically that any church founded by man is not the church of God. It must eventually cripple. That’s what happened to the Port Harcourt pastor who wanted to commit suicide due to epileptic nature of his human ministry.

I hereby sympathize with the pastor in question. He presumed that God called him. The devil can call as well. For this reason we must listen carefully to discern between divine call and satanic call. The Elders in the Church help us to answer correctly. When the boy Samuel was serving in the house of God, he heard a voice calling, “Samuel! Samuel!” He rushed to Eli the priest and answered, “I am here; did you not call me?” (1 Samuel 3:4-5). Eli told him that he did not call him. This happened thrice. As an elder Eli realized that God was making the call. Thus, he admonished the young Samuel, “Go, lie down, and if he calls you again, answer: ‘Speak, Lord, your servant is listening” (1 Sam. 3:9). The suicide pastor might have answered a wrong caller. I remembered how we were instructed during our childhood days not answer any voice calling us at night because it might be the voice of an evil spirit. We obeyed the instruction, though it was a superstition. The Holy Writ warns: “No one takes this honour upon himself by being self-appointed, but God is the one who calls just as Aaron was called” (Hebrews 5:4).

There are many false prophets and pastors nowadays. We must shine our eyes, lest we fall into their traps. They disguise themselves in many ways to deceive the gullible. For this reason, Saint Peter warns: “Just as there have been false prophets in the midst of the people of Israel, so will there be false teachers among you. They will introduce harmful sects and, by denying the Master who saves them, they will bring upon themselves sudden perdition. Many, nonetheless, will imitate their vices and because of them the way of Truth will be discredited. They will take advantage of you with deceitful words for the sake of money. But their condemnation has already begun and their destruction awaits them” (2 Peter 2:1 – 3). Jesus Christ himself during his earthly ministry cautioned, “Beware of false prophets who come to you in sheep’s clothing but inside they are ravenous wolves. You will recognize them by their fruits” (Mtt.7:15 – 16).

Today some false prophets and pastors take gullible young men and women to a river and ask them to bathe naked as money is spread over them in order to become rich overnight. Some ask such young men to come to a river with white lambs for the exchange of prosperity. Unfortunately it has not worked. Those young men return poorer than they went. The latest is ritual killing for money by some boys in our society as instructed by the agents of darkness. Many girls have fallen victim. Some have been beheaded. Some have their vital organs missing with their corpses thrown away to decay. No wonder Saint Paul says, “Indeed, the love of money is the root of every evil. Because of this greed, some have wandered away from the faith, bringing on themselves afflictions of every kind” (1Tim. 6:10). The second root of all evil is the mobile phone. It is now used to commit various atrocities which include internet fraud, robbery, kidnapping, immorality, murder, telling lies, etc.

All said and done, the despaired pastor should open a business center and not a church center. If he works hard, his business will grow. He has his wife and children to cater for. He can still serve God and do business. Church is not a business center. Some pastors have abused the house of God by collecting undue tithes from their members, who after giving languish in abject poverty. A certain selfish pastor prophesied that the flashy jeep bought by a member of his congregation will be involved in a ghastly accident. He therefore admonished the owner to submit it for the pastor’s personal use. The owner out of blind obedience surrendered the jeep. Now he treks while the pastor and his family cruise around with the jeep. What a deceit!

It is not an overstatement to say that some false pastors and priests are even found in the Orthodox Churches. They see themselves as the center of worship while Christ stays aside. In their Adoration grounds, they adore themselves as well as money. They tell all forms of lies as testimony for the Lord’s miraculous deeds. Thousands of worshippers always come to their crusade grounds and make generous offerings. At the end, such priests or pastors smile to the banks after false promises and deliverance. If you remove the accumulation of money, many healing ministries will crumble overnight. Often miracles and testimonies are stage-managed to deceive the people into believing in the ‘wonderful deeds of God.’ Really, I pity God whose Name has been used in vain or dragged to the mud. Nonetheless it shall boomerang someday, sometime and somewhere. You can deceive some of the people some of the times but not all the times. I am tired; allow me to rest for now.