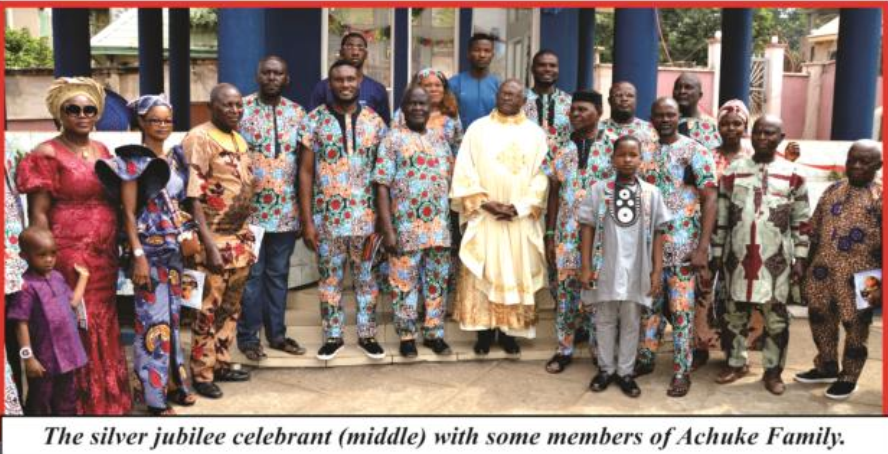 FrAchuke, who spoke when he led in a concelebrated Mass to mark his silver jubilee anniversary on Wednesday, January 5, 2022, said, ‘I am fulfilled to have celebrated my 25 Years Anniversary in the same St Felix’s Catholic Church, Nise, where I was ordained a Catholic priest twenty-five years ago, as well as received the Sacrament of Baptism, the Sacrament of Holy Eucharist and the Sacrament of Confirmation many years ago.’

He thanked all those he encountered in the course of his existence on earth for their impact on his life; just as he

expressed gratitude to his bishops, as well as priests, seminarians, and all who worked with and supported him for their support, concern and solidarity. 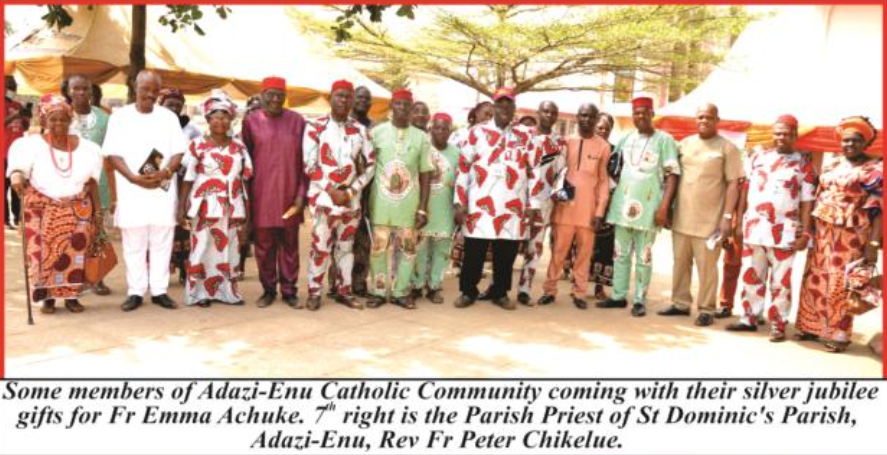 Fondly known as AziEfeghichukwu and Ojijiemeogo, the jubilarian, FrAchuke, was ushered into the reception arena while driven in the same old Toyota Car he received fromNise Catholic Community twenty-five years ago.

According to him, he had kept the car in good condition twenty-five years after, to teach people the importance of maintenance culture.

The silver jubilarian also thanked all who supported him in his vocation, as well as the organisers of the Silver Jubilee Anniversary, who, he said,were led by the Parish Priest of St Dominic’s Parish, Adazi-Enu, Rev Fr Peter Chikelue, and the Nise Ordination Committee, led by the

In his remarks, the chairman of the occasion, Chief Edwin Ezue, OhamadikeNise, thanked God for the gift of the jubilarian to the Church and humanity. He described the anniversary which FrAchuke celebrated with the car he was given 25 years ago as a thing of great joy.

A former Financial Administrator of Awka Diocese and a former Dean of Uga Deanery, FrAchuke is also the current chaplain of CWO, Neni Deanery. He worked as a staff member of the Old Anambra State Internal Revenue Office prior to his ordination. 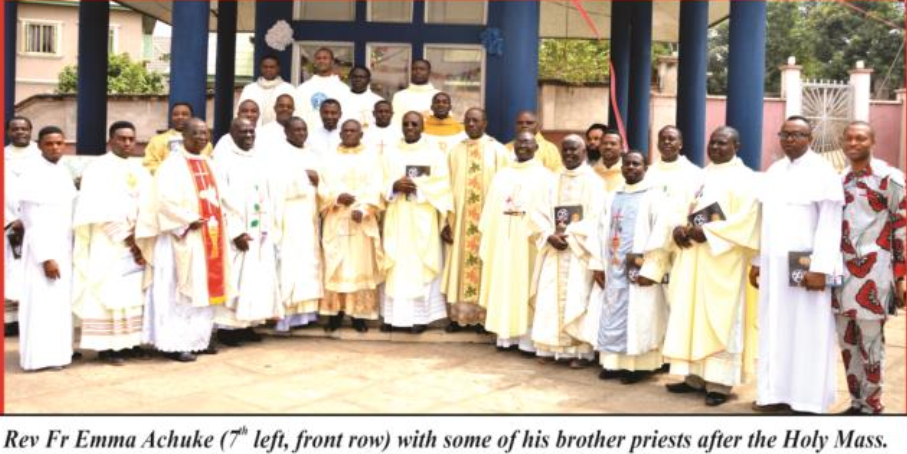