Every person has a role to play to fight human trafficking, Catholic advocates said at an online conference on Tuesday.

“Pope Francis has spoken about human trafficking as a deep wound, a scourge, in this collective body,” said Jennifer Reyes Lay, executive director of US Catholic Sisters Against Human Trafficking, at an online conference on Tuesday.

Noting the Church’s teaching on the mystical body of Christ, that “when one member of the body suffers, all suffer with it,” Lay said that all Catholics “are called to take action, to address what is causing this wound, this harm to the body of Christ,” referring to human trafficking. 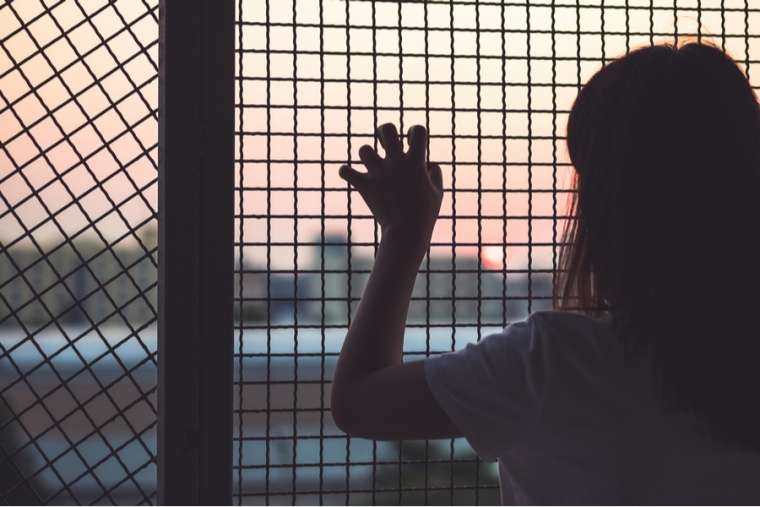 Lay addressed the Shine the Light online conference on “root causes and intersections on human trafficking,” sponsored by the Sisters of the Good Shepherd National Advocacy Center (NAC).  Co-sponsors of the conference included the U.S. Coalition of Sisters Against Human Trafficking and the U.S. Conference of Catholic Bishops (USCCB) Office of Migration and Refugee Services.

Human trafficking occurs through sex trafficking, forced labor, or domestic servitude, taking many forms including sexual exploitation, forced marriage, child soldiers, or debt bondage. Overall, the International Labour Organization estimates it to be a $150 billion per year industry, with more than 20 million people trapped in forced labor and nearly five million in forced sexual exploitation. More than 70% of people trafficked are women and girls.

Rep. Chris Smith (R-N.J.), author of five laws to combat human trafficking, was a congressional honorary co-chair of the event. On Monday, he addressed the conference and warned that women and children are vulnerable to online exploitation by predators and traffickers during the pandemic.

Due to public health restrictions on movement, victim and survivor advocates may have a harder time reaching those who need their help, he said, and charities and shelters may have seen a decline in donations and available personnel due the economic hardships of the pandemic. Furthermore, children are online more often during the lockdowns, he said, and thus more vulnerable to online “grooming” by predators than before.

“And as we emerge from the pandemic, we need to prepare for and redouble our efforts

to prevent and prosecute a likely explosion of pent-up predator demand. We need to do more to protect children,” Smith said.

Every person can do something to fight trafficking, Catholic advocates insisted.

Consumer decision-making “may impact someone else enslaved around the world,” said Kara Griffin an anti-trafficking advocate at St. Matthew’s parish in Charlotte, North Carolina, on Tuesday.

She noted that American demand for “cheap” and “fast” goods can spur companies to make ethical compromises in their supply chains—such as using goods made with forced labor or child labor.

“Who suffers behind my favorite products?” she asked, adding that Catholics should “take a few seconds to think about the hands” that worked on the clothes, coffee, or sugar that they buy. “Maybe say a prayer for the hands that worked for you,” she told attendees, and asked them to consider buying goods with “Fair Trade” labels and advocating for companies to ethically review their supply chains.

For instance, a 2020 congressional report found that goods made with forced labor in the province of Xinjiang, China—such as textiles, shoes, tea, and electronics—were in the supply chains of major U.S. companies, some which directly employed forced labor.

The U.S. declared in January that China has committed genocide in Xinjiang against Uyghurs and other ethnic and religious minorities in the region, and listed forced labor as among the “crimes against humanity” that Chinese authorities had inflicted upon the populace.

“When we stay silent, when we choose inaction,” Lay said on Tuesday. “We are giving away our power, and in our failure to act or speak up, we become complicit in injustice, and allow policies that actually cause further harm to be put into law.”

Smith thanked the Sisters of the Good Shepherd for their work helping trafficking survivors around the world, and urged conference attendees to continue the fight against trafficking.

“But the enormous challenge before us is to not grow weary in doing good, but through prayer and fasting constantly renew our hope in God, continue as you have to show much love and empathy for the weakest and most vulnerable as we all commit to ‘run with endurance the race fixed before us,’” he said.