How the Civil War Shaped my Life – Fr Obiorah

Success does not fall from the sky. It comes as a result of individual toils by people who know what they want. One of those individuals is Rev. Fr. Edwin Obiorah, Senior Advocate of Nigeria (SAN), the first Catholic priest to become such globally. Here, hard work meets consistency and intellect.  In this interview, Fr. Obiorah takes us on a journey of his life, covering his childhood to adulthood.

May we know who we are talking with?

Can you explain to our readers what is SAN?

Senior Advocate of Nigeria. In the Commonwealth, particularly in England and Canada, formerly in the USA, it was known as Queen’s Council or King’s Council, depending on who was in authority. When a king was ruling, it was King’s Council; when it was a queen, it was a Queen’s Council, QC, KC. Then Nigeria named the same status, Senior Advocate of Nigeria since after Independence but in Canada they still retain the ab nitio. It is also there in England. In the US it is no longer used.

What does it take to be a Senior Advocate of Nigeria? 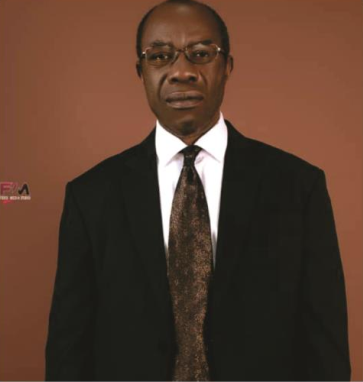 It takes a lot. First, Senior Advocate of Nigeria is more of excellence for legal practitioners that distinguish themselves in the practice of law. This definition alone shows it is not an easy thing. It takes a lot. You must have appeared in law cases in the Supreme Court, separate cases; not less than four.

Not less than five in the Court of Appeal; not less than twenty in the High Court. Then your chamber must be up to date. There are so many intricate requirements you must fulfill before the Legal Practitioners Privilege Committee can consider you eligible.

It seems you were born to be first in so many things and in this Senior Advocate of Nigeria, we were told to that you are the first Catholic priest to attain that stage. Is that true?

It is a privilege. I believe that no one is born to be great or born to be first. I think it is an issue of sheer hard work and the grace of God. Yes. This is the first time a Catholic priest is elevated to the level of the Senior Advocate in the entire world and I am humbled.

It is only a way of saying go on into the field and continue to do the good work for the poor and uplift the dignity of the judiciary.

You practiced law in the United States of America, and you are now practicing in Nigeria. How do you look at these two experiences?

I remember a time when some legal practitioners used to cite some cases in the US; cases of the Supreme Court of Nigeria. And even now, Nigerian courts also cite cases from the US Supreme Court.

All these years in your journey towards being the SAN, could you remember what you may consider as the toughest case you have handled?

Now, there are two very important ground breaking cases that I have done and done only by this office. One is a case we call Okoye versus COP where the full panel of the Supreme Court decided that the person accused of a criminal case in Nigeria has a right to constitutional facility under section 36b of the 1999 Constitution as amended. This is a landmark case.

It has never been decided, the case went from Magistrate Court to High Court to Court of Appeal and to the Supreme Court and we went through all these. The second case is a case of Obasi from Ekiti State, where for the first time the Supreme Court decided on the right of an accused person to speedy trial.

And the Supreme Court declined the incessant adjournment of cases, especially criminal matters, and the delay in criminal matters. This is a landmark case. This is the first time it was ever decided in Nigeria’s jurisprudence.

Can you take us through you educational background?

I grew up as a local young man. I went to St. Simon Primary School, Ukpo, Dunukofia Local Government, before the Nigeria-Biafran War. The war caught us in the middle. I was unfortunate to be caught up by the war. I was very sick. I was taken to a rehabilitation Centre at Awkuzu and at that Centre so many young people were suffering from kwashiorkor and I was among them and we were being treated. 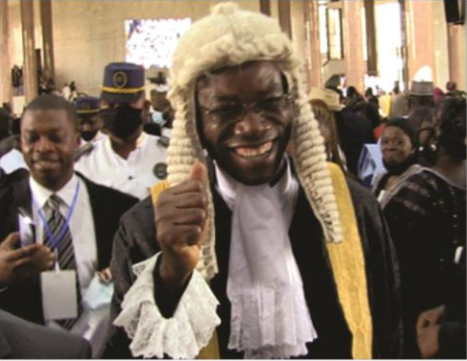 On a fateful day which defined my life, my father was late to bring me the normal lunch he brought every day. Every other child had their parents bringing lunch. Because he was late, I was not pleased with him. So immediately I saw him coming from afar, in other to make him feel a little bit rattled and to search for me, I ran out of my bed into the kitchen.

At the kitchen, I didn’t know that the old man saw me. You know as a little child, you think you are wise. So he came to my bed, dropped my food beside my bed and came to the kitchen and was talking to me in a very lovely, fatherly manner and persuaded me to come back to my bed to eat my food. At that very instance, a heavy bomber rained heavy bombs into the building and one of them landed directly on my bed, scattered it and used the debris and the iron to kill as many children I could not count.

In fact it was estimated that about one hundred and fifty children were killed in one single incidence. But the angel of God saved me by that very single act that I was in the kitchen and saved my father. Other children and their parents were destroyed and killed. Then, there was a need to take Nigerian children to Gabon. I was among the ones picked. So I was getting to Libreville, Gabon.

It was there that I met an angelic Bishop, the Bishop of Mouila in Gabon. He adopted me as a son and took me to Paris, the capital of his home country. Then in Paris, I was lucky to be the only black boy to be serving Mass at the Notre Dame Cathedral, Paris, because we lived in Sorbonne. Then it was from there that I got my vocation to the priesthood, inspired by this Bishop.

Then after the war, I came back to Nigeria, entered the seminary: St. Paul’s Seminary, Umunuko, Ukpor, under the rectorship of the great man, Msgr. Emmanuel Otteh (later Bishop Emmanuel Otteh).

From there we went to All Hallows Seminary, Onitsha, where I was lucky to complete both my WASCE and GCE, and we had to take GCE London Latin exam. So we were lucky that they scored me Grade One. That was the time some members of my family wanted me to go and read Law.

In fact, a cousin of mine who just came back from London went and obtained admission for me to read Law at the University of Nigeria, Enugu Campus, but because of my desire to be a Catholic priest, I declined. Then I was posted to the Cathedral at Onitsha where I served as bursar to the then Archbishop of Onitsha, now Francis Cardinal Arinze. I was also the formative teacher for the Brothers of St. Stephen.

At that time, it was just a few of them. In fact, I had nine subjects and I taught nine subjects! You can imagine. Then from there, I was selected to be among those to go to Bigard Memorial Seminary, Ikot Ekpene, for Philosophy. At Ikot Ekpene, I was again lucky.

After my four years of study, I took the exam and they scored me very high, Second Class Upper Division. I was the first among others to get the Second Class Upper, and it was a privilege again. Then I was sent to Bigard Memorial Seminary, Enugu, for Theology.

I went through all these and eventually I was ordained a Catholic priest on the 16th of November 1985. Then again, Urban University, Rome found it worthy to award me First Class in Theology. From there I was then posted to St. Mary’s Catholic Church, Ufuma, to become the assistant parish priest to a very renowned priest, Msgr. Basil Nwazojie. I assisted him.

Then, when Msgr. Nwazojie was transferred to the Catholic Institute of West Africa (CIWA) to be the pioneer registrar of the institute, the then bishop, Most Rev Albert Obiefuna, made me the parish priest. From there, there was a need to send a priest to study Law. I was lucky that the then bishop selected me and sent me to study at the University of Nigeria in Enugu Campus.

There, as I was studying Law, I found need to also study education to be a certified teacher. So I also enrolled into the Post Graduate Diploma in Education, PGDE, at the Anambra State University of Technology which was eventually transferred to Awka and is now known as Nnamdi Azikiwe University.

To be Continued on the next Edition