How old are you now?

Their age mates are not even known. Ada remains a girl forever while Obi remains a boy forever. It is only at their demise that their age is disclosed. By this time their spirits have departed while the ageless body is buried in order to avoid decomposition.

In normal parlance, one’s age is determined from the day of birth, which is called birthday. Does human life begin at birth? The correct answer is no.  Human life per se begins at conception. Unfortunately no one can give the date of his or her conception.

It is only the parents who can guess. But they cannot swear over this. God is the only qualified person who knows when conception takes place. During conception, the male sperm fertilizes the female egg or eggs and the product is implanted in the womb. It is during this fertilization process that the mysterious God implants the soul. It then becomes a human being. Body and soul make a human being. 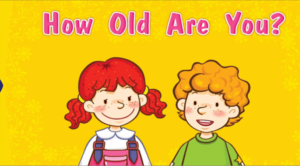 Therefore, it is the man who determines the sex of a baby with God’s approval. From conception to birth takes a period of nine months; except in the case of premature birth. In essence everyone should add nine months to one’s actual age. Nine months were spent inside the womb while the rest is spent outside the womb. For instance, if you are 40 years old, then you are 40 plus nine months, which is approximately 41 years.

Two babies born at the same time are called twins. Three babies born together are known as triplets. Four babies born one after another on the same day are known as quadruplets. Five babies are called quintuplets. Octuplets are a set of eight babies born at once. What then do we call a single baby? One clever boy says it is singlet. Is he correct or wrong? For me his answer is correct even though an inner wear worn by men and women is also called singlet.

Before the arrival of the Europeans and missionaries in Nigeria, the birth of more than one baby was a taboo. They were killed instantly at birth and cast into evil forests. Thanks to Mary Mitchell Slessor who stopped the inhuman and ungodly murder of innocent babies.

She was a Scottish Presbyterian missionary to Nigeria. On her arrival she learned Efik language and began to teach the ignorant Nigerians the value of human life. All those who are living twins, triplets, quadruplets, etc., owe gratitude to this courageous female missionary.

Are twins, triplets, quadruplets, etc., older than each other? They were conceived at the same time and born on the same day. However, they come out of the womb one after the other. The same applies to birth by cesarean section. Thus, their seniority can be counted in seconds, minutes and hours.

But if any of them is born the next say, then they are not of the same age. Twins formed from one cell look alike and are known as identical twins. They have same gender. Identical twins can never be male and female.

The developmental stages in human growth are unique. From sitting position the baby crawls, stands, walks and runs. The fetus develops into a baby. From childhood it develops into boyhood or girlhood. Later he or she becomes a man or a woman.

The man or woman at the late stage becomes an old man or an old woman. When an old man or woman begins to bend, then the time for departure is near. By this time he or she needs additional leg (staff) to support his ageing body. Illness or disability can also result in artificial walk support.

Human life on earth begins at conception and ends at death. Death is the beginning of eternal life. Death has no age limit. It can come at any stage in life. Even some unborn babies die in the womb or during the process of birth. Children, boys, girls, young and old men and women die. It was the intention of the Creator that human beings should live forever.

Unfortunately the consequence of the unfortunate fall of man is death. To be forewarned is to be forearmed. At creation God made this clear to the first man and woman (Adam and Even) whom he settled in the Garden of Eden saying, “You may freely eat of every tree in the garden; but of the tree of the knowledge of good and evil you shall not eat, for in the day that you eat of it you shall die” (Gen.16 – 17). Stubbornly Adam and Eve ate the forbidden fruit.

Then they realized that they were naked and they were filled with shame. They were expelled from the garden of happiness. Suffering and death followed. The name of that forbidden fruit is sin. Till today we are still eating the forbidden fruit and that is why we continue to die. The Bible did not mince words when it stated, “The wages of sin is death” (Rom. 6:23).

We were not all born on the same date, month and year. Likewise we do not die at the same time, month or year. Some of us die young while some die old. It is not actually stated how long we shall live on earth. In Psalm 90:10, the Psalmist regrets that our life span now is 70 or 80 for those who are strong.

This is never the ideal span of human life. It is rather a wailing and a regret. After all in Isaiah 65:20 we read that it is a curse not to live up to a hundred years. In other words we are destined to be centenarians. Unfortunately it is only a handful of human beings that attain up to a hundred years on earth. Due to economic hardship, bad governance, tension and lack of good health facilities, life span in Nigeria is very low.

That is why it is a celebration of life here in Nigeria when a septuagenarian, octogenarian, nonagenarian or a centenarian dies. These are said to die at ripe old age. Many Nigerians die young. These set are captioned: “Gone too soon” or “Sunset at dawn.”

The year 2022 is gradually coming to an end. On each new day we draw closer to our graves. At conception we are transferred into the womb to mature into human beings. At death our souls depart while our bodies are transferred into the tomb to decay as we await the resurrection of our transformed bodies which will later unite with our departed souls to live forever in the world beyond.

For some of us, it will be eternal life in heaven or eternal damnation in hell. We shall reap whatever we sowed here on earth. A stitch in time saves nine. Age is not the determining factor. How old you are now may or may not be how old you shall be at death.