How Intrigues, Power Play, Forced Madubuko out of Obiano’s Cabinet

The news of the resignation of Anambra State commissioner for Indigenous Art, Culture and Tourism, Dr Christian Madubuko, leaked to the media recently, causing tongues in the state to wag, especially amid allegations that his job as commissioner was frustrated by ‘a tiny cabal’, which, he said, had hijacked the Obiano Administration for their own selfish end.

Though Madubuko was said to have resigned since early December last year, the news only came to public notice when a letter he wrote to his fellow commissioners on the eve of the New Year day, to intimate them of his resignation, leaked. In the letter, which was said to have been sent to a social media group where all the commissioners belonged, Madubuko stated that, from 11:59pm on New Year eve, he would cease to be a member of the Anambra Executive Council. 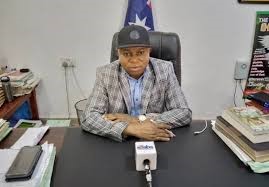 Fides has however gathered that a lot of power play may have been responsible for the decision of the commissioner to resign, just as he alleged that members of the tiny cabal who now run Obiano’s government were after his life.

Though Madubuko had been in the Anambra Executive Council as a commissioner for three years, many wonder why he only deemed it necessary to resign when Obiano had just about a year to wind down his tenure as governor of the state.

In what looked like a parting stinker, Madubuko wrote to his fellow commissioners in a WhatsApp group they co-belonged, before exiting from it.

Part of his letter which was titled, ”Resignation notice”, read, “I must sincerely thank the Governor for the opportunity to serve. When l was appointed Commissioner in 2018, the Governor directed me to block all revenue leakages.

“That I did without looking at faces. In the course of fighting corrupt individuals holding the state’s revenue by the throat, all manners of frivolous petitions against me were written to the Governor, accusing me of several misdeeds, particularly destabilizing our party, APGA, and advising the Governor to remove me before I do (sic) more harm to the party.

“On several occasions, agents of darkness tried bribing me with millions of Naira. I arrested these criminals which was also applauded by the Governor at exco meetings. Within these three years, l have been redeployed to three key ministries in the state as Commissioner.

“I fought various parasitic interests and jailed many of them. I stepped on toes, risking my own life for the survival of the state. Those toes I stepped on are now on the prowl for my life. I am no longer safe as I speak. On three different occasions, I received a baptism of fire by unknown gunmen/assassins.

“I was equally attacked severally at the Onitsha Main Market by the agents of the revenue criminals. All these attempts were to stop me from exposing the people involved in siphoning the state’s revenue into their private pockets to the detriment of Anambra citizens”.

Madubuko however expressed happiness that the Governor acknowledged his positive and selfless contributions to the point of putting his own life on the line in the process of executing his assignments.

‘All our efforts to help the Governor from all angles were unfortunately hijacked and framed in bad light by forces of inordinate ambition and insatiable greed.

‘I watched my state being destroyed by a tiny cabal of renegades. I advise His Excellency, the Governor, to rise up to the challenges of leadership and take charge of his Government. This is because, at the end of it all, the Governor alone takes all the glory for things done right and blames for things done wrong,’ he said.

Meanwhile, Fides investigations revealed that Madubuko’s problem may have started very early in his tenure as Commissioner for Industry, Trade and Commerce. Anambra is a commercial hub, with each of the three zones of the state parading several big markets from where the state draws its IGR.

It was gathered that part of the first problem Madubuko had was trying to plug leakages in the IGR, and in the course of doing so, it was gathered that each of the major markets was assigned to top government functionaries who use surrogates to collect and pocket revenues accruing to the state. When he insisted on taking away their source of income, some of them reportedly openly confronted him.

A source said that this formed the reason for the removal of Madubuko from the ministry from where he was taken to the Ministry of Transport where the same scenario played out.

Our source who insisted on anonymity, said, ‘Again, in the Transport Ministry, it was found that most of the motor parks in the state were equally divided among some top members of APGA and even top people in government. If you recall, Mr Uchenna Okafor, who was in the Ministry of Transport, was made to swap offices with Madubuko.

‘In the Transport Ministry, the same thing happened again, and it got so worse that each time Madubuko found out any motor park that had been wrongly allocated to an individual for collection of revenue, he would revoke it. He started getting calls from Okafor. At one point, Madubuko even lamented in my hearing while talking on the phone that he could not be commissioner of a ministry, and allow another commissioner to be controlling the affairs in his own ministry.’

Okafor, who is still the commissioner for Trade and Commerce is believed to have the ear of the wife of the governor of the state, Mrs Ebele Obiano, who, many believe, is very powerful in her husband’s government. He is said to hail from the same area with the wife of the governor, just as many believe that he may already have been blessed to be the next deputy governorship candidate of APGA once a candidate emerges.

Though it was not clear how Madubuko was again moved to the Ministry of Indigenous Art, Culture and Tourism, the source said the ministry is believed to be less lucrative and would render him (Madubuko) totally redundant.

Madubuko, Not a saint either

Indications have however emerged that the man in the eye of the storm, Madubuko, may be no saint himself. In a reply to his resignation, the chairman of Ogbaru Main Market, Chief Bucknor Agu, accused Madubuko of being excessively corrupt.

He described as lies, most of the allegations levelled against the government by the commissioner, adding that he was a witness to some of Madubuko’s corrupt dealings in most markets.

‘You were given the best portfolio as a commissioner in the Trade and Commerce Ministry by a man who thought that Australia was a saner clime than Nigeria but your actions proved him wrong. He was in control then and the tiny cabal were not there then.

‘The huge revenue you amassed didn’t reflect commensurately in the government purse. The high point of your atrocious activity in my market is that you began using the BoT of the Market which you know are PDP chieftains. The atrocities you committed are jailable offences and you know that,’ Agu fired, accusing the former commissioner of corrupt practices.

Adinuba referred Fides to a new letter by Madubuko, insisting that the first letter written by Madubuko to his colleague-commissioners was out of annoyance and should be disregarded.

When reminded that the former commissioner in the second letter of clarification never backed down on his claim that a tiny cabal had taken over Obiano’s Administration, and that he (Obiano) was not in charge, Adinuba dismissed the claim, insisting that Obiano was fully in charge and was too strong a character for his government to be taken over by others.

‘I don’t know where you people manufactured that word, cabal. Who told you Obiano is not in charge of the government? Let me tell you, Obiano is a very strong character, and he is fully in charge of his government. If you claim that he is not, can you name the people that constitute that cabal that have taken over his government? I don’t like people saying what they do not know. Obiano is fully in charge. But if you insist he is not, then you may have to tell us who are the people in charge,’ Adinuba challenged.

The story of Madubuko’s resignation has however taken a new dimension as reports reaching Fides had it that he had been kidnapped and taken to an unknown destination by persons said to be loyal to the state government for allegedly tarnishing the image of the government.

Though the news of Madubuko’s kidnap could not be verified as at press time, a publication by an Abuja based newspaper, Blueprint, quoted a family member of the former commissioner, Justin Madubuko, as appealing to the Federal Government and the international community to help rescue their son, who, he said, was kidnapped in Awka.

Justin Madubuko who was said to be shedding tears while speaking to Blueprint Newspaper, was quoted as saying, ‘We are calling on the attention of the Federal Government and the international community to prevail on the Anambra State Government to leave an innocent man that has served them sincerely.’

The command’s RSS (Rapid Response Squad), he said, had been on patrol everywhere in the state on a daily basis, insisting he was not aware.

His words, ‘Kindly advise the complainants to report the alleged incident (in any police station) to enable the police to carry out discreet investigations,’ Mohammed said.

Fides was however unable to reach out to any member of Madubuko’s family. As at the time of filing this report, ex-commissioner Madubuko’s number had remained unreachable, fuelling speculations that he may truly be held by kidnappers.