How I became Fr Drogba

Rev. Fr. Augustine Chukwuebuka Nnadi, a priest of the Catholic Diocese of Ekwulobia, popularly known as Fr. Drogba, recently disclosed how he earned the name of the legendary former Chelsea striker, Didier Drogba. Fr Nnadi who spoke with Fides in Awka, said the name came from the way he played football.

Fr. Nnadi who described himself as a footballer, said he had a great passion for football, which, he said, he played as a striker, noting that the name came because of the way he played and the dribbling skills he exhibited.

He said that Rev. Fr. Charles Maduekwe, who currently worked in the USA, then in 2005 during their spiritual year, said he, Fr Nnadi, played and scored like Drogba. He said that people had been calling him Drogba ever since, with most people not knowing his real name.

He acknowledged being low spirited whenever Chelsea were defeated in any match and revealed that he developed interest in football in 2004 during his apostolic work at St. Patrick’s Cathedral, Awka, as a junior seminarian.

The young priest disclosed that his main motivation for playing football was to keep fit as he never dreamt of becoming an official footballer or playing for Nigeria. 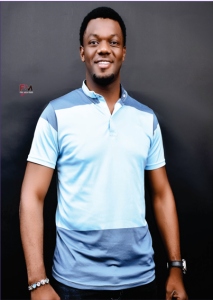 Speaking on the reason why many young priests are interested in football, Fr. Nnadi said that through sports most people tended to exercise their body in order to keep fit and maintain youthful disposition. He stated that most priests had weighed the consequences of being involved in football and discovered that the merits outweighed the demerits, thus the active involvement to ensure effective maintenance of body fitness and for health reasons.

He wondered what should keep a priest, an unmarried person without a wife and children indoors, saying that sports had a way of bringing joy to an individual.

Fr. Nnadi who serves as the Manager of Holy Child Secondary School, Isuofia, described himself as a jack of all trade and master of all, noting that he involved himself in many activities.

‘There is nothing I cannot do as long as the thing is doable and I have interest,’ he said.

The priest who also loves dancing and singing, said that aside from sports, he has interest in writing as he (writes for Maranatha Newspaper) sings and also ministers as a Divine Mercy devotee.

The Catholic prelate revealed that he was currently working on producing an album and stated that he did use tunes of most Nigerian artistes, saying he had used the music titled, ”For your case” by Teni and Davido’s songs for God’s worship.

‘I composed some songs and will be hitting the studio in the shortest time,’ he stated.

He recalled that during his days at Bigard Seminary, many people thought that dancing was his second nature as he could dance any music be it cultural, Afro, Hip hop and others.

He disclosed that his journey into priesthood came out of necessity as his childhood ambition was to become a medical doctor and got admitted into the seminary to study but after the senior secondary education, he developed special interest for the Catholic priesthood.

Recounting his priestly journey, Fr. Nnadi said that even though he had been faced with lots of challenges, he was happy being a priest as he derived unlimited joy while celebrating Mass, preaching to people, consoling and sharing in others’ difficulties. He noted that music, football, writing and dancing were secondary in his priestly life and urged intending priests to bear in mind that no one chose to become a priest. He advised them to pray for the will of God to be fulfilled in their lives.

Fr Drogba described being a priest as swimming against the current, saying that priesthood entailed a life of denial as there were numerous things which one might wish to do but had to abstain because of priesthood.