How Effective is the Ban on Open Cattle Grazing in Anambra?

It was not long ago that the Anambra State Government okayed the Bill by the Anambra State House of Assembly on Anti-Open Grazing, meaning that open cattle grazing in the state had been banned. But weeks after the ban, cattle are still moving about openly in parts of the state.

Every day in the night, dozens of cattle are seen filling up spaces on the stretch of road between Awka and Onitsha as the herders try to get them on foot to Onitsha. This has the potential of causing accidents as such cattle can be hit by vehicles or run into vehicles. In this period of insecurity, it can also be exploited by Fulani kidnappers to abduct people while posing as cattle herders. 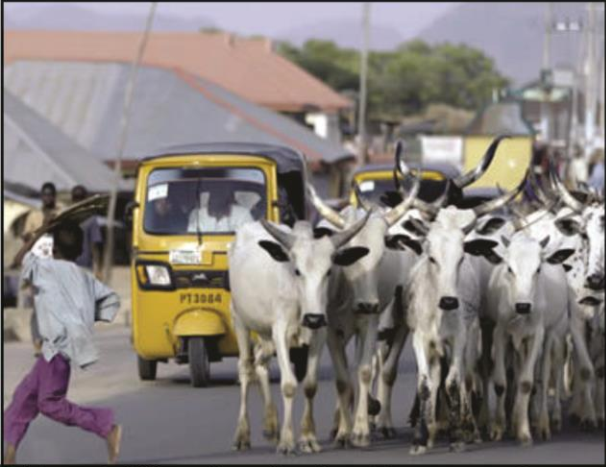 It has also been noticed that the situation in Anambra State is the same in most states of the country where legislation has been made against open grazing. Cattle movement on foot is still seen all the way from the west to the east and from the north to the south. It thus seems as though such legislations were made to fulfill all righteousness or to assuage the feelings of the people who were clamouring for such. From all intents and purposes, therefore, it is like the states which okayed the bill did something they could not enforce.

This is part of the problem in the country where the leadership lacks the political will to pursue things to their logical conclusion. The danger of failing to enforce these things is that people gradually lose faith in the ability of the government to protect them. This can already be seen in the sit-at-home stuff where despite all entreaties and threats by the government to the members of the public to start coming out, most people have refused to comply because their safety is not guaranteed.

We are therefore urging the Anambra State Government to live up to expectations by ensuring that the ban on open grazing of cattle is enforced. It will save both the citizenry and the cattle herders a lot of trouble which is usually caused when cattle encroach on people’s land.

The Anambra State Government may have earlier struck an understanding between the local communities and cattle rearers on the payment of compensations by any of the parties that breach the agreement but having banned open grazing, it will send the wrong signals to people to still see cattle grazing or being moved openly.

Should nothing be done about this, whatever may have taken place leading to the ban would have been a waste of precious time.