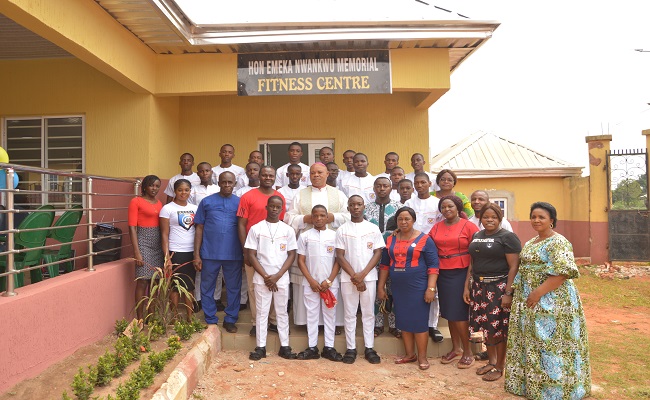 Fides gathered that the centre which was established in memorial and honour of a renowned benefactor of BMGS and a former Anambra State Commissioner for Public Utilities, Hon Emeka Nwankwu, has gym facilities, table tennis court and snooker court, among other facilities. The centre which was situated far away from students’ hostels and academic blocks, was said to be free from distractions.

Blessing the centre, the Auxiliary Bishop of Awka Diocese, Most Rev Jonas Benson Okoye, lauded the Principal/Manager of Bubendorf Memorial Grammar School, Adazi-Nnukwu, Rev Fr Theodore Chukwuedozie Ekwem, for the facility which was put in place to immortalize the late Hon Nwankwu and for the wellbeing of the priests, describing it as commendable.

He commended Fr Ekwem, Hon Patrick Ubajaka and other friends of the late Nwankwu, for having kept the faith and nurtured their friendship even after death. The bishop encouraged the priests to, with their contacts, work towards actualizing the proposed lawn tennis court for the centre. 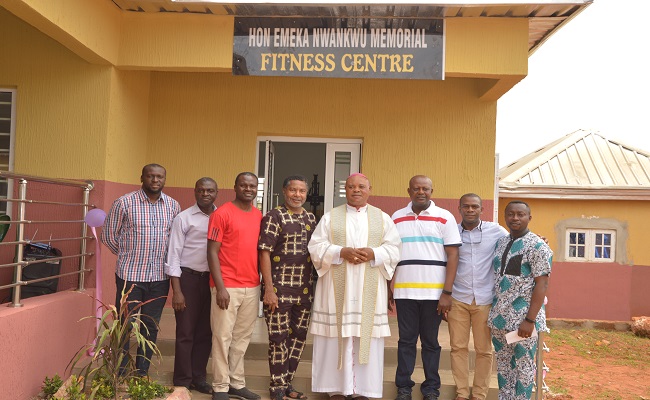 Handing over the edifice to Bishop Okoye for blessing, the principal/manager of the school, Rev Fr Theodore Ekwem, said the fitness centre which was built in memory of the late Hon Emeka Nwankwu as worthwhile.

According to him, the late Hon Nwankwu was very instrumental to the take-off and development of BMGS, Adazi-Nnukwu, from the 2013 the Church took over its management till date, and what he was to the school could not be forgotten.

He continued, ‘Hon Nwankwu had great regard for priests, was very generous to the priests and had passion for the poor. He supported a number of priests in their studies, and his home was a real home of hospitality for many, so this centre in his honour is very fitting.’ 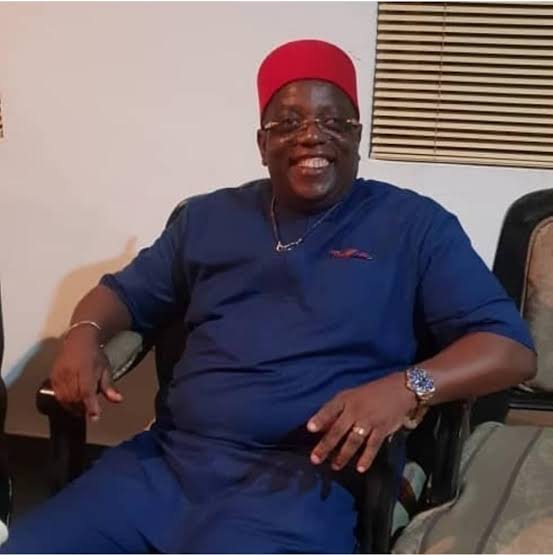 Recalling that the project was started when BMGS, on February 14, 2021, celebrated the One Year Memorial Anniversary of the late Hon Emeka Nwankwu, who was a great benefactor of the school and his benefactor as well, Rev Fr Ekwem, thanked God that the project which was his pet project, was completed within a record time of four months.

was his pet project, was completed within a record time of four months.

The principal/manager appreciated the wife of the late commissioner, Mrs Uzo Emeka Nwankwu, and some of his friends, as well as the deceased’s friends, who, he said, their donations made the actualization of the project possible.

Pointing out that the location of the centre was central for the priests of Awka and Ekwulobia Dioceses, Rev Fr Ekwem expressed his conviction that the facility which was established to enhance the health welfare of the priests and boost the fraternity of the Catholic priesthood, would achieve its purpose. 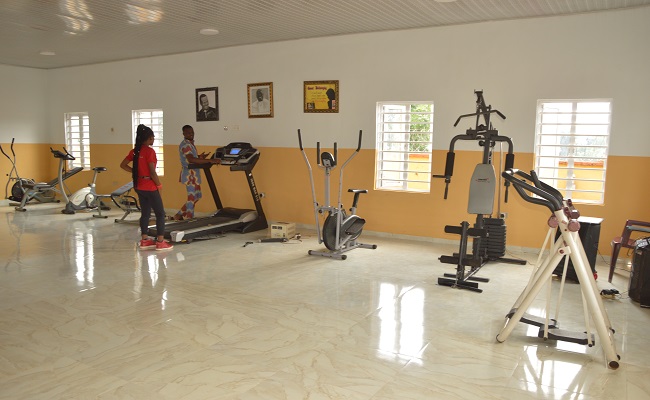 Fides camera shows some of the sporting equipment at the gym.

Among the friends of both Fr Ekwem and the late Hon Nwankwu, who donated in support of the project, were Rev Fr Azubuike Igwegbe, Rev Fr Celestine Ekwueme, Rev Fr Nonso Onyegu and Rev Fr Evaristus Ekwem. 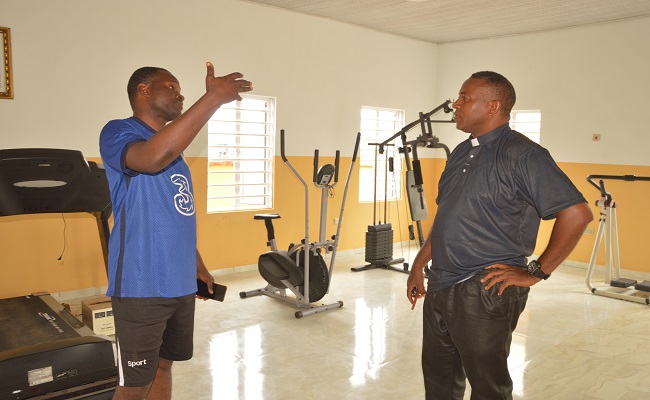