History of cultism in Nigeria

The stories of cultism taking over our Higher institions and secondary schools is no longer news. Young vibrant and promising youths kill themselves in quest of power as cultist, this in contrary opposes the aim of the fore fathers of cultism in Nigeria. According to history, cultism was started for a good course but not until bad eggs were layed in their midst.

Before you become a cultist today, you may want to know what it is and what it should not be. If it’s not what it should be, then I advise you have a rethink in joining them and if you’re already there already, do also evaluate the activities of your group.

Cultism itself, according to history, started for a good cause, but over time things have changed. Let us take a look at the history of cultism in Nigeria and how it all began as written by Johnson Olawale

Cultism in Nigeria began as far back as 1952. It started out as fraternities, and they were confined within universities campuses with the motive of maintaining law and order on campuses. It was not until the 1990s that they began spreading to the streets and creeks. 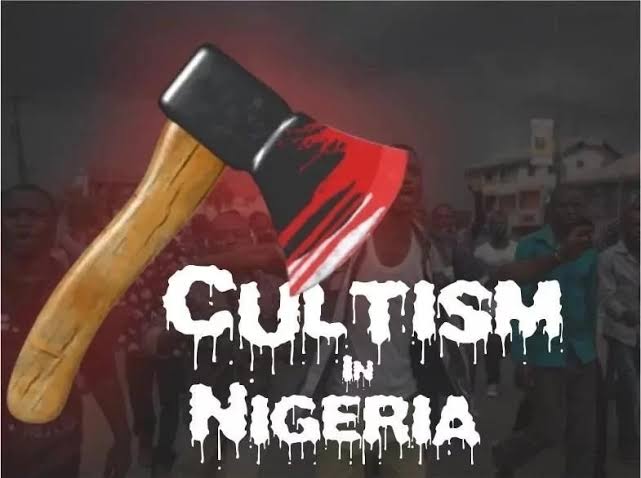 The few poor students were doing everything they could in dressing and manner to blend in with the advantaged students. They also noticed that the social life was determined based on tribalism. All these things prompted the Magnificent Seven to form the Pyrates Confraternity and their goal was to differentiate themselves from the conventional establishment. And also to support social justice and human rights in Nigeria.

The Pyrates Confraternity activities were non-violent dispute resolutions and fighting against elitist nonsenses and pretenses. The motto of the confraternity was ‘Against all conventions.’ Their logo was the skull and crossbones. Some of the members gave themselves name such as Long John Silver and Cap’n Blood. The confraternity membership was made open to any promising male students irrespective of race or tribe.

Although application and selection were very rigid and many students were denied. For almost twenty years, the Pyrates Confraternity was the only fraternity in most Nigerian universities.

By the early 1970s, other fraternities began to spring up as a result of leadership tussle among members the previous confraternity. One of them was the Buccaneers which was formed in 1972 by a former member of the Pyrates Confraternity.

The Buccaneers was established by Dr. Bolaji Carew after he was expelled from the Pyrates Confraternity for not following teachings of the fraternity. On the 31st of October 1980, the Pyrates formally registered with the Ministry of Internal Affairs in Nigeria under name, National Association of Seadogs.

As more fraternities began to emerge, their practices began to deviate from the original intention of the first fraternity. As a result of different disturbing acts, the Pyrates Confraternity pulled out of the universities and shut down all student campus branches. The Buccaneers Confraternity also registered themselves as National Association of Sea Lords.

Another early fraternity founded in Nigeria is the Supreme Eiye Confraternity. It also started at the University of Ibadan and was later registered as a cultural association. The confraternity ‘Eiye’ which means ‘bird’ in the Yoruba language was also known as the National Association of Air Lords. Their motto was ‘No Feather, No Bird’ and the symbol of ‘No Love, No Peace.’ The objective of the group was to preserve the Yoruba Culture. Every member of the Eiye Confraternity gave themselves the name of a bird.

After the emergence of the Buccaneers Confraternity, another fraternity known as the Neo-Black Movement of Africa a.ka. Black Axe was founded at the University of Benin. This was the beginning of confraternity violence in Nigeria. Most of the fraternities were popularly referred to as Secret Cults.

Other confraternities and their stories

Another group, known as the Eternal Fraternal Order of the Legion Consortium a.k.a. Klan Konfraternity was founded at the University of Calabar. This was also followed by the emergence of the Supreme Vikings Confraternity also known as the Adventurers or the De Norsemen Club in 1984. During this period, the new cult groups in Nigeria began to introduce new traditions into the fraternities. Before they would go out for any activity, they would practice some voodoo rituals.

During the period of 1980s – 1990s, under the military rule of General Ibrahim Badamosi Babangida, these cult groups became notorious. Following the coup organized by Ibrahim Babangida which led to a lot of political tension, fraternities were used by military leaders as a check on university staffs and student unions.

The university staff  and staff unions were the major organized opposing forces to the military rule. The cult groups were provided with weapons and money to use. The weapons were eventually used in deadly inter-confraternities rivalries.

Some confraternities were protected by universities vice-chancellors who used them to attack students that challenged their authorities. It is believed that all these changes led Wole Soyinka to declare that the Seadogs shouldn’t operate on any Nigerian university campus.

In the early 1990s, activities of the confraternities expanded to the streets and creeks. Different confraternities were involved in bloody battles of supremacy. It was around this time that The Family Confraternity also known as the Mafia of Campus Mafia emerged.

The Campus Mafia was modeled after the Italian Mafia. As time went on and the emergence of democratic rule, most of the on-campus confraternities began to move out of campus. This was as a result of movements which were planned to end cultism in Nigerian Universities. Amnesty was granted to every cultist member who decided to renounce their membership.

So, cult groups have moved their meetings and other practices to neighborhoods and streets around their campuses. Although it seemed the move was effective for a while, cult groups soon resumed their activities on campuses.

Also, some of the renounced cultists became vulnerable to attacks from rival groups who now knew their identity. So they returned to the groups for protection. Cults in Nigeria now became established both on and off campuses.