The corpers who were driven by the incessant rise in prices even after the festive season went all through the market sections for a proper investigation into the hike in market prices. 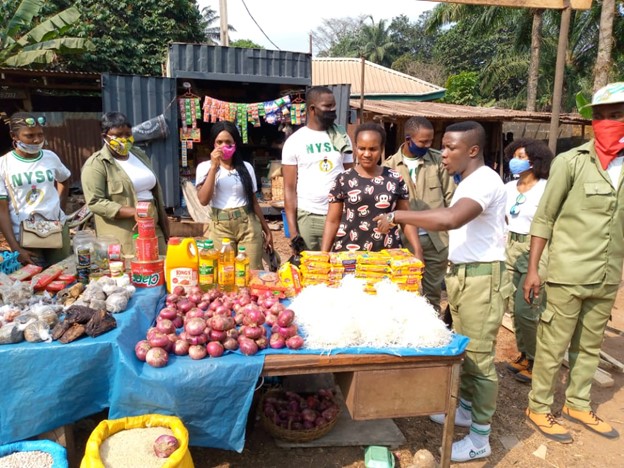 Speaking at the market, Miss Eunice Sanmori, President, Anti Corruption CDS group, said this was triggered by the rising complaint of customers and corps members on the increase in the price of food items. She continued by saying they were pained to have discovered that some of these increase was caused by inflation and selfishness of the market suppliers.

Sanmori added that it was part of their duty to sensitize the market people on the need to shun unmerited increase of food items and as well informed the consumers on other external factors such as; transport, increase in Premium Motor Spirit (PMS) popularly known as fuel, and government policies which she noted were responsible for the hike.

She further expressed her dismay with the market union, owing to the fact that COVID-19 protocols were observed in the market people. This she noted was relevant given the rising figures of the second wave of the pandemic.