DMMM. Have a pleasant reading. You can also follow us on Facebook @Fides Media and on YouTube @Fides Nigeria to watch the video of this interview.

My Study in Germany

When I got to Germany, I did my course in International Health with focus on Maternal and Child Health. Upon finishing the course, I made first class. They gave me an opportunity to do my PhD immediately; that did not happen. It did happen because we were taken to Switzerland where the rotation was done, I met with a Rwandan lady that I had conversation with. 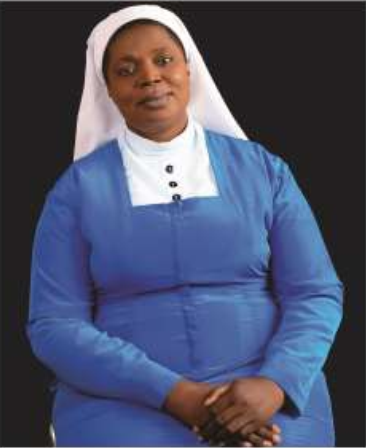 In our discussion, she advised I should not further at that time since I had passion for clinical work. In her argument, she maintained that if I continue my PhD in that field, I will be fixed to the office and nothing more. She advised I go back to Nigeria and become a specialist because being a specialist in Germany will take me close to 10 years to finish.

The reason is that I would have to study German and speak Dutch like it is my native language since taking care of the health of people requires communication in their dialect.

For this reason, I decided not to continue my study in Germany. I also did not trust that of the United Kingdom because they might frustrate me. Even though I did my field work in Malawi, where I bonded well with the University that wanted me to stay.

I declined their offer (even though I will be making money for the congregation) because I wanted to be fulfilled. So, I took the advice of the Rwandan woman by coming back to Nigeria.

Fortunately for me, when I came back to Nigeria, I was absorbed into the National Hospital in Abuja. When I was leaving for the course in Germany, the Managing Director, Prof. B.B. Shehu, told me that they were three, and that if two out of the three said no, I would not be accepted back but if otherwise, I would. Luckily for me, the timing was appropriate and two of them said yes!

So, I returned to Nigeria on October 14, 2014, having left in August 2013. I started my residency in that October. The residency ought to have taken a minimum of 6 years to be completed, but as God may have it, it took me less than that.

Immediately after I had finished my specialist course (even though they delayed us), we did our convocation, the federal government gave me a consultancy appointment and I started working as a consultant even before my convocation.

During our convocation, I did not know I was the best graduating student for the West African College of Surgeons. I was called unexpectedly to the stage to receive my presentation. Before the presentation, they did my citation and I received presidential handshake.

In the entire journey, my mother’s part has not been mentioned. This is because she has been sick but on that particular convocation in Abuja, even though I did not know I was the best graduating student, something in me told me she should come with me, at least she could witness my convocation. So, I made her come to Abuja for the first time to witness my convocation.

She did not know what was happening.  When I was called to the stage to receive my award, she was just looking until my sister told her to clap that I took first position; and she started clapping immediately. Being the best, I was given the certificate and a cash reward. For me, it is not the money per se, it is the fact that God remembered me.

Immediately after the presentation of certificate, a lot of people approached me saying they wanted to partner with me for publications and other things. I declined as I was not in competition with anybody.

I published my books this year: The Effectiveness of the use of Misoprostol, to reduce blood loss after vaginal delivery, and Clinical Assessment Compared with the use of Ultrasound in determining the weight of a child inside the womb before delivery – the accuracy of both.

These two publications were published in two journals. One was published in International Journal while the other was published in West Africa Journal and I have been working peacefully. By God’s grace, if my Superior General permits, I will then go and do my PhD because the offer has been there, and it is fully covered.

25 years as a religious

I just did my jubilee celebration this year. That is, 25 years of being a religious. Though, it has not been easy, but God has been there and one thing I know is that integrity, consistency and steadfastness pay. Hard work, prayer, and persistence will earn you what you want as it has not been easy. But anything I am doing I like putting in my best to do it well.

My Religious Vocation and Challenges in Medical Practices

Since I joined the medical field, I have never involved myself with any strike. The reason is that I am a religious and see no reason embarking on strike too. Not that what government is doing is good. They are not doing well at all but as a religious, there is something that must differentiate me from others. This has made me not to go on strike no matter the reason.

Before I went for my compulsory 3 weeks retreat, I was working, and doing my surgery, after surgery I sleep in the hospital because we do not have Doctors to monitor patients for me. Even though it was causing a lot of problems for me; my colleagues thought I was doing it to get favour, but after they found out that I am not doing it for gratification and that it is my promise and my private vow to God, and I want to maintain it, many understood.

That has been my life journey. The much I can talk about. All that I can say is that God has been there for me. But despite God being there for us, one must play his own part.