Hearing from the Other Side

Days ago the Anambra State Government announced its resolve to enforce the ban on the open grazing of cattle across the state which was earlier emplaced by the previous regime of Chief Willie Obiano. The recent announcement by the Government of Soludo came because of the failure of the past government to carry it out. This latest announcement has however elicited mixed reactions from the people of the state and the herders alike.

In this piece, I’ll share the views expressed by the Gidado Siddiki, the South East Zonal Chairman of Miyetti Allah Cattle Breeders’ Association of Nigeria, MACBAN.

Herders at the Throes of Worrisome Stereotype in a Dwindling Economy

Herders in Nigeria are cattle breeders who, as traditional pastoralists, are engaged in grazing their cattle in open fields and forests across the length and breadth of Nigeria. Ordinarily, the direction they go with their livestock (east, west, south or north) is largely dictated by the changing climatic seasons across the country. However, the trend in Nigeria today suggests politically induced insecurity and sundry considerations as further determinants of where herders ply their trade in Nigeria. 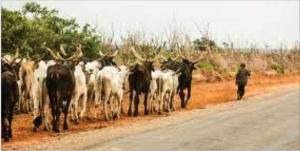 Though no one contradicts herders’ central contribution to the food economy of Nigeria, everyone observes that their mode of cattle breeding is outmoded and long needed an upgrade.  This upgrade which will be of great benefit to the livestock breeders, has unfortunately proved long in coming, more because of its capital intensive nature and the unavoidable gestation period for its actualization than the herders’ traditional attachment to the old order.

While the transition period lingers without any well-known deliberateness on the part of government to entrench the new order, the herders got caught up in the collateral effects of the country’s dwindling economy – hunger, anxiety, insecurity, etc.

For over a decade and half running now, Nigeria has progressively presented a picture of a country mindless of the wellbeing of her citizens, especially the ordinary Nigerians. Very often the fluctuating global economy provides cover for our leaders who are comfortable quoting only negative external economic dynamics as justification for the unabated hardship Nigerians have felt over time.

Unemployment, poor public welfare scheme and failed public utilities continue to cause hardships, and very often pressure a large population of Nigerians into acts that are hurtful to society. Again, the greater victims here are everyday Nigerians where the herders belong.

Evidently, a great majority of cattle herders in Nigeria are Fulani. The nature of their trade over time made them itinerant and more outside the domain of their traditional homeland. They contend with dangerous wildlife and marauders in the course of their business in the fields. They suffer huge losses at some points. But unfortunately, most times, the source of any criminal act points to the forest.

These herders are ready suspects and suffer public persecution. Very often the public out there forgets that these herders need as much, if not more, protection from the government than city dwellers. And because they are largely uneducated and hardly part of policy making in government, their vulnerability is heightened by legislations that undermine their well-being as an occupation group.

It is in a bid to providing organized leadership that would regulate right acts for the herders and bridge the wide information gap between the uninformed herders in the forests, the public and the government, that the Miyetti Allah Cattle Breeders’ Association of Nigeria, MACBAN, was formed some years ago by concerned cattle breeders.

And as the South East geopolitical zonal chairman of MACBAN, I have examined the changing mode of interactions between herders and their host communities over the years and arrived at the conclusion that the growing suspicion and what looks like blackmail against herders are easily linkable to the growing insecurity in society for which herders suffer blanket accusation as active agents.

Herders should be spared this unfair demonisation. I advise the government to up her ante in crime prevention and fighting. Criminals of any hue are menace to society and should be routed by the government to allow decent life for law abiding Nigerians plying their legitimate businesses.

Regrettably, the South East Geopolitical Zone of Nigeria, where herders used to enjoy unfettered fellowship with the indigenous population, cannot now be absolved from the rising unhealthy suspicion herders suffer across the country. I implore the three tiers of government not to adopt the seemingly easy way of looking for cheap victims upon who they will excuse government’s failure to guard the territorial integrity of the country and duly provide security for the citizens.

If the spate of criminality in the country has international bent, it is government’s responsibility to contend with activities in Nigeria’s borders and save the citizens the socioeconomic and political pains traceable to unchecked border infiltration. This, contributory to other effects of poor governance, is mainly the cause of what herders suffer across Nigeria today.

Many a time, deliberate sectional political considerations are introduced to discredit herders. At such points MACBAN, the umbrella body that seeks the wellbeing of herders in harmony with the good of their landlords, is demonised as warmongers interested in territorial conquests.

Far from it! Miyetti Allah Cattle Breeders’ Association of Nigeria (MACBAN) is solely a Trade Union interested in enabling conducive environment for herders’ business to prosper without hurting the environment of the business.

Today, the challenge of anti-open grazing enforcement is upon herders in Anambra State where the newly inaugurated governor, Professor Charles Soludo, has issued an order restraining herders from open grazing in keeping with an extant law banning it in the state. It is common knowledge that Governor Soludo is a pragmatic Economics scholar involved in grooming economies across the globe. We consider it a privilege that he has chosen to bring his expertise to Anambra State, his home state.

We therefore cannot contest the merits of his desire. We cannot defy his order. We are very hopeful though that the governor will consider herders, many of who were born in Anambra and whose parents know the state better than their traditional home states in the Northern part of Nigeria, as his responsibility. We are hopeful that he accommodates them in his revolutionary government.

While herders are willing to adopt ranching as a better option for cattle breeding, the requisite huge capital requirement demands a deliberately well-structured scheme by the authorities to accommodate the herders’ immediate inadequacies.

With Governor Soludo’s coming, Anambra State seems to be correctly positioned to point the practical way this ranch revolution will go in the country. While the herders in Anambra are very happy with Governor Soludo’s approach to governance, they hope he considers the immeasurable pains an immediate enforcement of the anti-open grazing law will bring upon them.