The Holy Childhood Association of Sacred Heart Chaplaincy, Ngozika Estate, Awka, Awka South L.G.A, Anambra State, has embarked on a one day pilgrimage at Archbishop Obiefuna Retreat, Pastoral and Conference Center, Okpuno. The one day Pilgrimage which was organized in a bid to assist members for spiritual growth was held on 15th April, 2019, and had over 28 members of the Association in attendance.

In a chat with Fides, the Animator, Mrs. Catherine Peters, stated that the pilgrimage was an avenue for spiritual growth which would enable them to be closer to God, saying for one to get children closer to become God, she must make great sacrifices. She opined that the visitation was a gradual way of drawing them closer to God. She noted that the pilgrimage was to make them better Catholics and also know more about Catholic doctrines, saying that nurturing them at their tender ages would enable them to grow in wisdom and knowledge of God. She advised them to live a life worthy of emulation and set an example to other kids.

On his part, Bro Chinemerem Chukwulobelu, member of HCA, described the one day pilgrimage as a way of increasing their faith in God and being steadfast in prayers. He added that he learnt a lot since he joined the Association, saying it has made him to be more devoted to God and also increased his faith and love in God. He advised other kids who are yet to join the Association to do so in their various parishes.

On her part, the Animator, Sister Stellamary Michael, stated that their one day pilgrimage was one of its kinds, saying they learnt a lot of things which would help grow their spiritual lives. She expressed her joy over the pilgrimage which enabled them carry out some activities, and advised the members of the Association to live as an example to other kids, saying that whatever they had learnt would not depart from them. She urged them to put in practice all they had been thought. She urged parents who are yet to enroll their children into the Association to do so, saying it would help their spiritual growth.

Also speaking, the Chaplain, Sacred Heart Chaplaincy Ngozika Estate, and the Host, Rev Fr Hyacinth Okafor, stated that his purpose of organizing the pilgrimage for the members of the Holy Childhood Association was to imbibe morals, wisdom and knowledge of God in the lives of the little ones. He maintained that the pilgrimage would enable them to take their spiritual lives seriously. Fr Okafor added that the best way to get the children closer to God was to organize the pilgrimage, saying his duties to the children was to guide them from unnecessary distractions that would lead them astray. He maintained that he wants the children to channel their love to God because God deserved their love and care as well. 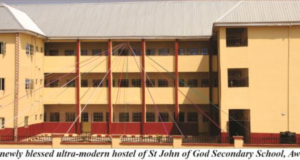 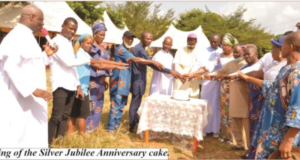 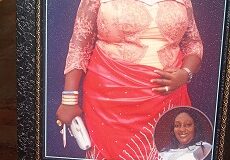