Has NYSC Outlived Its Usefulness?

When the National Youth Service Corps, NYSC, was established on May 22, 1973 by the government of then General Yakubu Gowon, it was conceived as an instrument for fostering national unity and cohesion. The scheme enabled Nigerian youths to visit states where they would never have visited had the scheme not been in place.

It was thus a very laudable idea. Many a graduate looked forward to being posted to some state they never knew about. It was fun and adventurous to carry your bag and proceed all alone for probably the first time into unknown and unchartered territory to mix with people you had only heard about and may be, not seen.

Parents would pray that their children would not come to harm in those strange lands. The first letter you would send home to your parents was always something everyone at home looked forward to. It was only after you had shared your sweet experiences with them and assured them that there was no cause for alarm that hearts would stop palpitating. 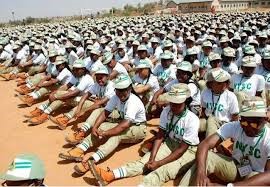 The Nigeria of those days was very much okay. Strangers were mostly treated kindly by the local population. You were made to feel at home and you made new friends. Sometimes such friendships led to inter-tribal marriages or even jobs, as well as lasting connections.

That was why many looked forward to serving their country. It was unheard of then for anyone to ask to be reposted. I served in Edo State during my time. Though at that time things were no more as they used to be in the past, going for NYSC still remained fun, despite the usual stereotyped fears we had about some tribes.

For instance, states like Edo, Cross River, Akwa Ibom and Rivers, were thought to be peopled by witches and wizards of ”Mbammiri” stock. Thus if anyone found oneself in any of those states, it was usual for the parents to book masses and novenas for the safety of their children.

In fact, when I was posted to Edo State, I was immediately told that I was going to the coven of witches. I was told that in the afternoon I was likely to see an old woman being held back by people while she shouted that she wanted to ”Fly”. Flying, in witchcraft, is a term used to describe witches’ operations. You can therefore imagine how I felt listening to such scary stuff. 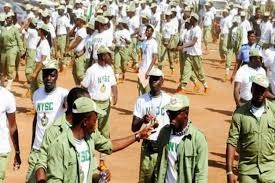 Indeed, when I got to my area of primary assignment after the orientation camp, I discovered that I was to stay in same building with an old man who was the school’s bursar. He really looked like a witch (mind you, in Nigeria, the word, witch, is used for both male and female). I recall not sleeping much the first night. I clutched my holy water can and would spray it around me any time I heard noises. I prayed fervently for the arrival of dawn which seemed to take too long in coming.

But you know what? That old man turned out to be one of my best friends in the school that I served. You can see what the NYSC scheme has done to open the eyes of many Nigerians against some deadly stereo types. Not that everybody has been cured of it though. The other day I met a female youth corps member from the western part of the country who was told by her people before coming here that we ate people! She was therefore dead scared that we would eat her and it was only after she had come and mixed with the people that she realized we didn’t eat people. Funny, isn’t it? But that’s how some Nigerians still perceive others.

But, thanks to the NYSC scheme, things are much changed. It has really united Nigerians and cohered them into one unit. However, this seems now like something that happened years ago. The Nigeria of today is no more the Nigeria of yesterday. Ethnic and religious tensions which marked the First Republic and led to a war, have returned in even greater and more ominous fashion. And this is affecting our dear NYSC scheme.

Brother is no more aware of his brother. The country is being held by a tiny cord after it has been stretched thin and mere anarchy is about to be loosed on Nigeria, apologies to Chinua Achebe of blessed memory.

This tension, as stated earlier, is seriously affecting the NYSC programme and calling to question, its continued relevance. A programme aimed at strengthening the unity of the country is today weakening it, just because some blood thirsty hounds petted by the Federal Government are running loose. These blood hounds know no stranger or friend. They kill with glee and advertise it in a very debased manner.

For some years now, many of Nigeria’s youth have perished in various parts of Northern Nigeria where they were posted to serve their fatherland. They left home waving to their smiling parents and family members, only to be returned to them as corpses amid tears.

Today the country is callously doing little to protect the young graduates it sent out to serve her. Despite the Boko Haram wreaking havoc in states of the north, resulting in mass exodus from some of them, the NYSC authorities are still sending corps members to those places, including; wait for it, Maiduguri! Yes, Maiduguri. I learnt from the ongoing NYSC Batch A postings that many graduates from the southern part of the country are being posted to many flash points in the north, with the lame caveat that they could apply for reposting when they get there.

Why post them to their possible deaths in the first place when you know such places are bad? Has it occurred to them that a person posted to Maiduguri can be attacked and kidnapped on setting foot on that place? If that happens, from where will such a person apply for reposting? To me, that such postings should still be taking place exposes the crass hypocrisy of the entire exercise.

Do they want to tell me that if it had been the south that were the theatre of insurgency, northern students will still be posted there? If they really don’t want to consider the safety of these innocents, then they should either fashion out a way of ensuring that northern graduates serve in the north, while southern ones serve in the south; or they scrap the programme entirely. The lives of all Nigerians should matter. We should not be treating human life as though it is nothing.

No parent would be happy to waste money training their child in school only to lose that child due to some stupid and thoughtless action of some people at the helm who are not in touch with the realities of present day Nigeria.

Have we forgotten how Anambra State buried a female corps member killed in the north some years back? She was two months pregnant for her new husband.

It is time all Nigerians spoke up against this farce called NYSC programme for it has surely outlived its usefulness. Until security returns to the country, let our kids be alive to pursue their ambitions. We are tired of playing with fire.

It is suicidal sending our youths to their early graves simply because we are not ready to take back what we brought in. Let’s call a spade by its name.