Harvesting from the Dead

Few days ago, I was behind the wheel, rushing to an important function at Awka. I to Nibo junction and wanted to cross over when the green traffic light showed. Suddenly, a private business venture bus blocked the cross-road intentionally.

Then, an ambulance conveying the corpse of an opulent man came forward and was blasting siren continuously. Interpreting the sound of the siren in human language, it was shouting, “O naa! O naa!! O naa!!! Chaanu n’uzo, chaanu n’uzo ka anyi kpara ego!” This means that the dead has gone. Please give way so that we make our money.

In front of the loaded ambulance. were the burial paid undertakers performing various acrobatics for the dead and the living. Behind it were hired female traditional dancers. After, came series of exorbitant cars escorting the wealthy corpse to the grave. All the marketers buying and selling at Eke Nibo, including passersby abandoned their wares and became spectators.

Consequently, all vehicular movements ceased for over twenty minutes. Due to the urgency of my mission at Awka, I became impatient and was boiling like hot water. My temperature rose very high, such that the heat emanating from my body could boil a pot of soup. The unexpected commercial burial troupe delayed the living from going about their normal businesses at the right time. 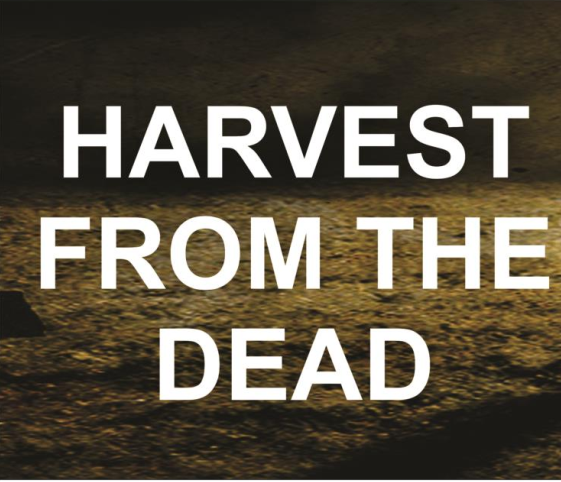 They also delayed the dead man from timely resting in peace. Flies were already hovering around the ambulance because their food was ready in the coffin lying inside the ambulance. Indeed all the commercial groups escorting the affluent corpse for burial were making their harvest out of it.

It is not an overstatement to say that burial and funeral ceremonies in our society today benefit the living more than the dead. In short it is nothing but merriment and money making occasion. Once the corpse is committed to mother earth, it becomes farewell to the deceased and welcome to the living. Of recent I paid a condolence visit to a friend who lost his senior brother who was well to do.

At my arrival there, I saw the rich and the poor sitting in groups at various places. They were eating, drinking and rejoicing at the top of their voices. Each person went home with a bag containing some souvenirs of the deceased and some essential things for the living.

Also, each of the guests, invited and uninvited, took home a bottle of ideal red wine. I was surprised to hear from my friend whose brother died that twenty-four big bags of rice were cooked and consumed by the burial guests. In addition, seven cows were slaughtered. Over two hundred cartons of assorted drinks were drunk. Not even a spoon of rice or a single bone remained.

Empty bottles littered all over the places. On my way home on that day, I came across a drunk young man from the burial ceremony drinking his bottle of red wine and urinating along the road as he staggered home. He was shouting, “If burial is like this, then it is good to be dying every day!” He was walking almost on the traffic road. Immediately the horn of my car sounded, he jumped into the bush and shouted, “God forbid! Back to sender! Death is not yet my portion!” Whose portion is it?

In many communities, the men insist that a bouncing adult cow (BAC) must be slaughtered for a deceased adult man. They believe that if this is not done, then the deceased can never rest in peace. This is really a game of the stomach for the living within the community.

When eventually a cow is slaughtered, not even the blood of the cow is sprinkled over the grave of the deceased. The meat is shared according to seniority and commitment. A story was told of how the elders of a neglected dead old man were sharing the cow meant for the departed. Suddenly the dead old man appeared and shouted, “Give me my own share before I kill all of you!” Pandemonium broke out.

They all abandoned everything and took to their heels. Till now they are still on the run. Indeed opportunity comes but once. The vultures from far and near, without any invitation assembled round the slaughtered cow. Within few minutes, there was nothing left because there was famine in the land of the vultures. They sang praises to God and prayed that such thing would happen again on frequent basis.

There was the story of a certain widow who lived in abject poverty. She had two well to do sons who lived abroad. Her two daughters married prosperous husbands. Unfortunately none of them cared for their ailing and poor mother. She suffered from acute loneliness and hunger.

Even the wretched house she lived in was seriously leaking during rainy season. Due to the bushy and dirty surroundings, a dangerous snake crept into her room one night and bit her to instant death. Her corpse was already decomposing when neighbours discovered that she was dead.

The children were contacted on phone. They asked that the decomposing body be deposited in the mortuary so that they would be able to come back and give her a befitting burial. The five of them came back after two weeks. They built 6-room bungalow where her remains would lie in state.

At last the burial day came. It was real merriment for the mourners and sympathizers. The children of the deceased sat at decorated table and were receiving assorted condolence gifts in cash and kind. Even they invited a commercial bank to come and collect the proceeds and bank for them. As they were smiling to the bank, an invisible female hand appeared with a huge stick in her hand.

Probably it was the hand of the departed angry mother. She lived an unbefitting life while her children who abandoned her were giving her a befitting burial. What a contradiction! She scattered everything and beat her stupid children to stupor. The burial ceremony ended on a sad note. Later, the children out of annoyance went and dug up the remains of their chastising mother and burnt it to ashes. Who won the fight? The matter will be settled on the Last Day.

When I was growing up, construction of casket was never a business. Whenever someone died in those days, available woods were used to make a coffin according to the size of the deceased. Today the reverse is the case. It is now real and full business venture. Caskets have now showrooms where they are displayed for sale. Most of them are exorbitant; just for burying the dead.

The other day I was casually passing in front of one of the casket showrooms. The sales girl waved at me and said, “Good afternoon sir. Come in and check the one you want. We have nice coffins.” I replied, “Are you mad? If it is a joke, stop it! I came to market to buy some food items and not to buy death.” Can you believe that some caskets have in-built television, video camera and phones with which the dead would be communicating with the living? Some have in-built air-conditioners and assorted gadgets. Who will make use of those things: the corpse or the ants?

Mortuary and ambulance services can now be found at nooks and corners of cities, towns and villages. Somewhere I saw assorted coffins displayed for sale at cross-road. The owner each day prays, “Give us this day our daily bread.” The cross-road is prone to fatal accident. So from whichever direction it happens, the owner of the coffins is sure of his daily bread.

Heaven and hell bound ambulances are available, depending on the destination of the dead which is discovered by close look at the countenance of the departed. If one’s corpse has a smiling face, there is every probability that he or she is heading to heaven.

But if the corpse has muddy and angry face, it may be heading to hell. Therefore let us try to be smiling when we see the hands of death before us. Smiling is an anticipation of everlasting happiness in the Kingdom of God. On the other hand, an angry or muddy face can be an anticipation of the sufferings in hell fire.

During our temporal stay on earth, we should endeavor to live a befitting life. Also let us do our best to offer our dear ones befitting lives when they are still alive. Befitting burial or funeral when the deceased lived an unbefitting life is arrant nonsense.

It is better to slaughter cow for those still alive to enjoy than slaughtering it for the dead. What is the essence of the cow slaughtering when the deceased never ate meat during his or her life time? The corporal works of mercy: to feed the hungry, to give drink to the thirsty, to clothe the naked, to visit the sick and imprisoned and to house the homeless are for those who are living. After offering those essential needs while he or she was alive, then can we bury him or her at death.

The dead need spiritual benefits more than material things. The prayers we offer for their eternal repose is better than buying costly coffins for their burials. Offering the Sacrifice of Holy Mass is beneficial to them than slaughtering cows at their burials. The money we spend for the welfare of the living is better than the huge sum of money spent at burial or funeral.

Let us spend more for the living and spend less for the dead. The dead do not benefit anything from the so-called befitting burial or funeral. Rather it is the living that makes rich harvest from such. There is no difference conveying the dead home with costly ambulance, keke Napep, okada, bicycle or wheel barrow. The grave is the terminus. Marble grave and soil grave have no difference. The corpse must decompose in both. The joy of death lies in heavenly glory. Hell fire is eternal disgrace.