Can someone be happy and unhappy at the same time? The other day I came across a middle-aged man wearing a double coloured T-shirt. The front is white on which was boldly inscribed Happiness.

The back side is black and on it was conspicuously written Unhappiness. In other words, the person wearing the white and black T-shirt is happy and unhappy at the same time. Is it possible? There is no doubt because man is a bundle of possibilities and potentials designed to be unleashed in the face of challenges.

In grammatical expression, we speak of someone having mixed feelings of joy and sadness. Have you encountered a person who is laughing and crying at the same time? Probably his or her face would be divided into parts. Tears come out from one eye while joy radiates from the other eye.

Then he or she uses the upper lip to laugh while the lower lip cries. Anything is possible. Recently I was at a funeral ceremony where I saw wonders. An unidentified mourner was crying for the dead in question and was simultaneously sipping from a bottle of beer. I waved at him and said, “My dear, well done”. He waved back at me with tearful smiles.

A childless couple was blessed with a set of quadruplet babies after twelve years of agony in marriage. The four babies comprised of three girls and one boy. 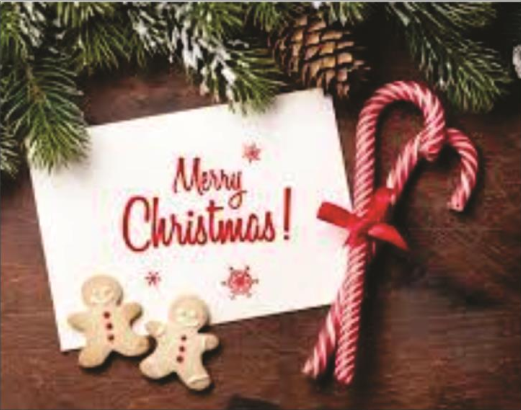 The father was a gateman of a private school while the mother was jobless. The couple publicly sang praises to God for the gift of the four babies in one pregnancy. Then they went inside their room and started crying because of the economic hardship involved in bringing up the quadruplets. They were happy and unhappy.

Another couple was blessed with a set of twins (male and female). The female twin was so beautiful and smiled out from the womb. Thus she was called Happiness. On the other hand, the male twin baby was so ugly and had a frightening face. Hence he was named sadness.

Their names followed them as they grew up. At school their classmates gave them funny nicknames. They called Happiness ‘Harp’ and called sadness ‘sardine’ Happiness was very intelligent while sadness was deadly unintelligent; yet they came out from the same womb and on the same day.

Now let us leave speculating on what is written on the vehicle and board the vehicle. During Christmas celebration we normally and warmly say to each other, “Happy Christmas!” The other cheerfully responds, “Same to you!” On the contrary, when you say to someone “Unhappy Christmas!” he or she is bound to respond angrily, “Shame to you!” the words ‘same’ and ‘shame’ sound alike but have different meanings. Always open your ears wide in order to accept or reject what you hear.

Christmas is a solemn and annual celebration of the Birth of Our Lord and Saviour Jesus Christ. He was born at a manger in Bethlehem over two thousand years ago to redeem sinful mankind. God created human beings represented by Adam and Eve and housed them in the Garden of Happiness known as Paradise.

Unfortunately they rebelled against God through the sin of disobedience. Consequently they were expelled from Paradise to chastisement. In other words, they fell from grace to grass.

At the birth of the Redeemer Jesus Christ, heaven came down on earth. Happiness was reborn. The sinful humanity was rescued from the pit of hopelessness and restored to the state of hopefulness. Hence the Angels of God Joyfully sang; “Glory to God in the highest, and on earth peace to people of good will” (Luke 2:14).

One of the Angels who appeared to the shepherds on that Nativity night said to them, “Do not be afraid; I am here to bring you good news, great joy for all the people. Today a Savior has been born to you in David’s town; he is the Messiah and the Lord” (Luke 2:10-11).

All said and done, Christmas is a celebration of joy and not sadness. Also it does not call for mixed feelings. There is something fundamentally wrong if someone is unhappy at Christmas. For instance, a woman whose lovely husband died on Christmas day feels unhappy. Should we wish her happy or unhappy Christmas? It is not Christmas that makes her sad but death.

She cannot really understand why Christ the Savior was born and her husband died. There was a man whose wife provoked him to excessive anger before he went to church on Christmas day. As he stood on the line during offertory procession, someone behind unintentionally marched at him. He turned sharply and over-reacted by slapping the person.

Everybody in the church was embarrassed at his unchristian attitude of tit-for-tat. His unhappiness and revenge were as a result of his wife’s provocation. Thus he transferred the aggression to the person who mistakenly marched at him inside the church. If you wish such an angry man, “Happy Christmas” he would surely reply, “Shame to you!”

In a certain Cathedral Church, a married man drove to church with his wife and three children. He parked his precious car where it was written on a sign-post: “Cars parked at owner’s risk”. He and his family went into the church to celebrate Christmas joy.

After the solemn celebration he came out happily with his family for home. He was shocked to the bone marrow when he discovered that his car was stolen. He started sweating profusely and his eyes turned red. His Christmas happiness instantly turned to unhappiness. At this time a friend who didn’t know that he lost his precious car tapped at his shoulder and exclaimed, “Old boy, happy Christmas!” He angrily turned and barked, “Idiot! Get away! Happy for what?”

Before I put down my pen, I want to break some good news. The joy of Christmas conquers sadness. God is greater than every problem. Life in this world is too short to be sad. Happiness is a great treasure which cannot be bought in the market. It comes from a blameless heart. Since a black hen could lay white eggs, there is hope in hopelessness.

We here in Anambra state should be most happy at this Christmas for having a peaceful, free and credible governorship election despite the earlier threats, bloodshed and uncertainties. With joy we await the swearing-in of the Governor-elect, Professor Charles Chukwuma Soludo. By God’s grace he will provide the solutions to the problems in Anambra state, so that we shall be intoxicated with maximum joy.

Happy Christmas and Prosperous New Year 2022! In God we trust.